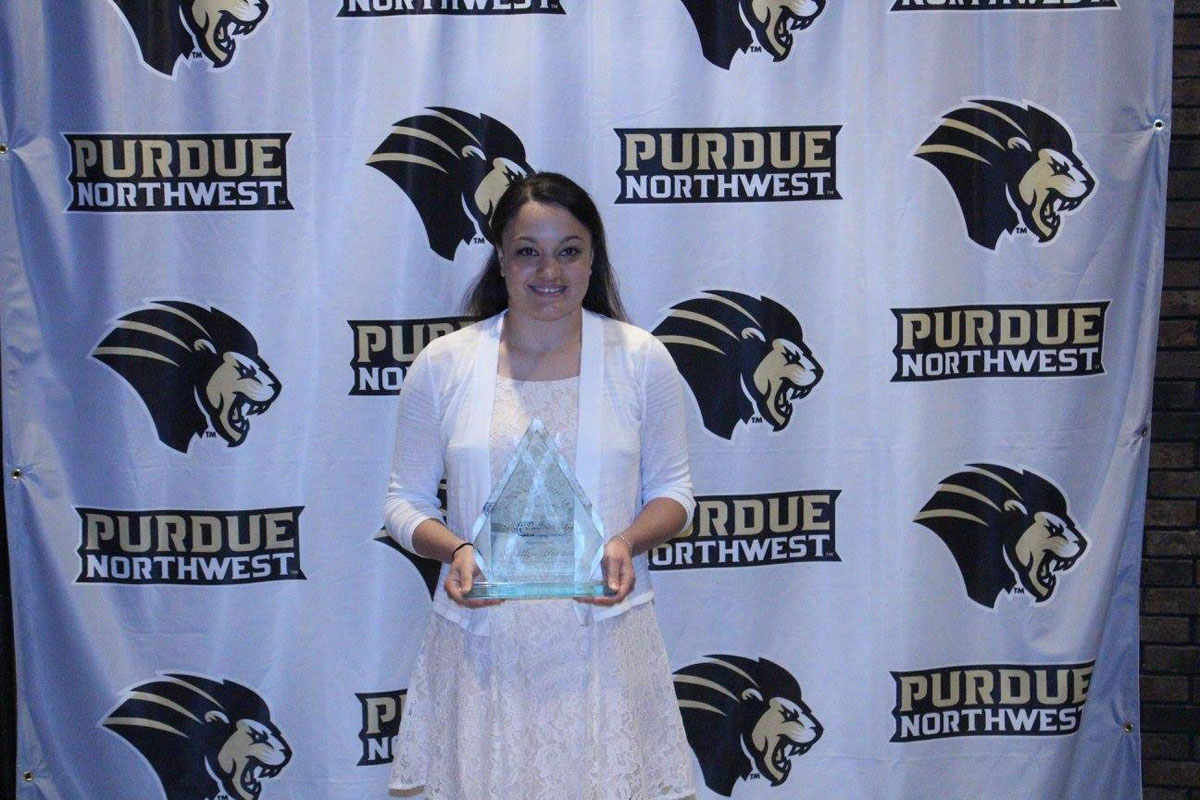 The awards headlined a wide range of honors announced during a student recognition banquet held recently at each campus.

Outstanding PNW Leader
Hayes, who earned a baccalaureate degree this spring in accounting and begins a job this summer with the national accounting, consulting and technology firm, Crowe Horwath LLP, served as president of the Purdue Calumet chapter of the Finance and Accounting Club.

Additionally, Hayes and fellow Finance and Accounting Club members participated in the CPA Day of Service, during which students partnered with local CPA firms to perform community service. She also organized the Annual "Turkey Legs Contest," which raised funds to provide Thanksgiving meals for 500 families, and she led a student team that visited local high schools to promote the PNW Calumet College of Business and related accounting and finance programs. 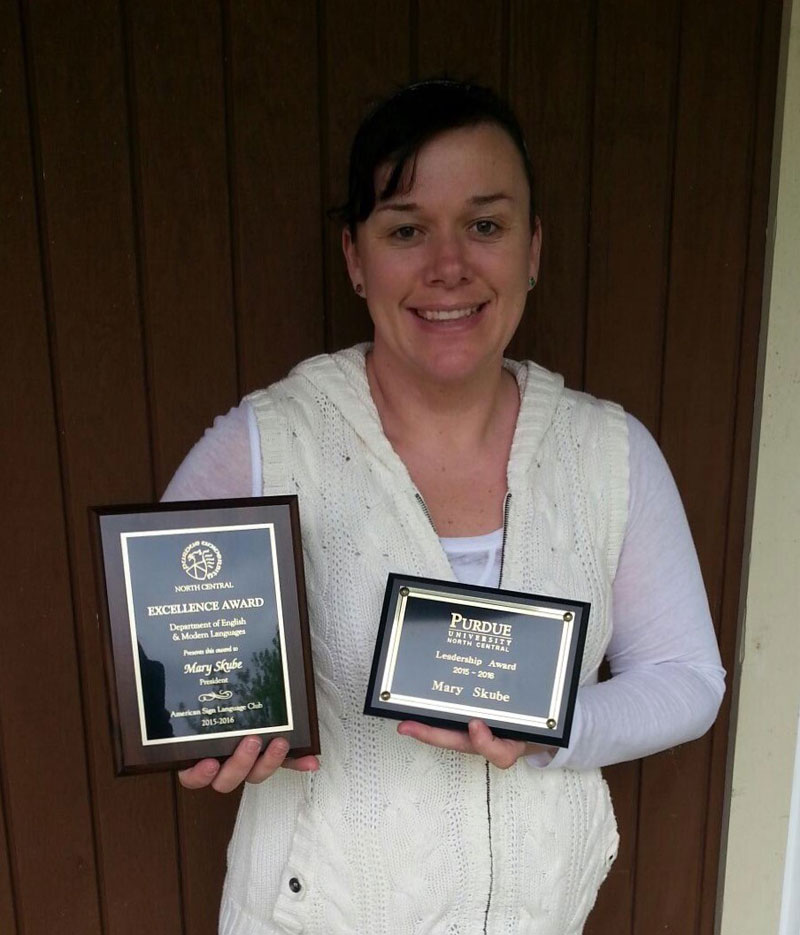 She also was instrumental forming an ASL intermediate club for fifth and sixth graders and led a collaborative effort between the PNW North Central ASL Club and the newly-formed intermediate club to hold a Game Night. Additionally, she was the driving force in the design and development of T-shirts as a fundraiser. What’s more, the PNW North Central ASL Club is providing sponsorship support for a deaf child to attend an Indiana deaf camp in July.

Student Government Awards: Club Member of the Year—Nicolaus Patterson of Lake Station; Club Advisor of the Year—Bennett Nott, Trail Creek; and Club of the Year—Accounting.