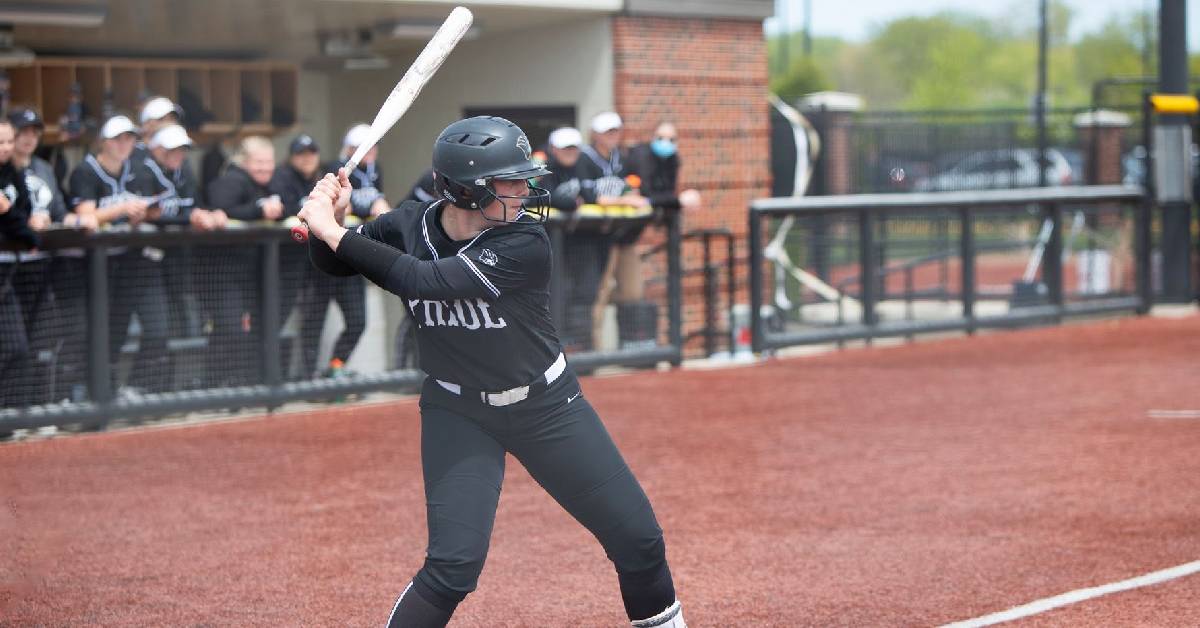 PNW, which improves to 15-24 overall, advances to play No. 2 seed Northwood on Tuesday night at Sports Force Park. The first-round victory marks the first postseason win for first-year head coach Tristan Wilcox. It also serves as the first time PNW has opened the GLIAC Tournament with a victory in three trips to the double-elimination event.

Senior pitcher Courtney Blackwell earned the complete-game victory and improved her record to 9-9 on the season. The right-hander allowed two earned runs on five hits and struck out three batters. After stranding runners in each of the first five innings, Blackwell closed out the game by retiring the final six hitters in a row.

Trailing 2-1 in the fifth, PNW rallied to put up four runs on five hits to take the lead for good.

Poehler connected on a three-run blast to put the Pride ahead and she added a clutch two-out RBI single in the sixth to put PNW in front, 6-2. The sophomore has produced a breakout campaign over the past month and she's now tied for the second-most RBIs on the team with 18. Madison Schultz followed up Poehler's homer in the fifth with a double in the next at-bat and then Allison Arnold's two-out single later in the inning brought Schultz around to score.

Davenport had built a 2-0 lead after scoring a run in the first and one in the third. The Panthers left the bases loaded in the third and missed out on extending the lead as Blackwell induced a pop out to shortstop. PNW finally got on the board when Jessica DeBoer roped an RBI double to center field in the fourth. It was her third double of the season.

After a slow start, the Pride outhit the Panthers 9-5 in the contest with seven different players recording a base knock. DU starter Ellie Muilenburg struck out eight and didn't allow a hit until the fourth inning.

Arnold recorded her team-leading second triple of the season in her final at-bat as she extended her hitting streak to seven games. Poehler also notched her seventh multi-hit effort of the season.

PNW improved to 3-1 against Davenport in the season series.