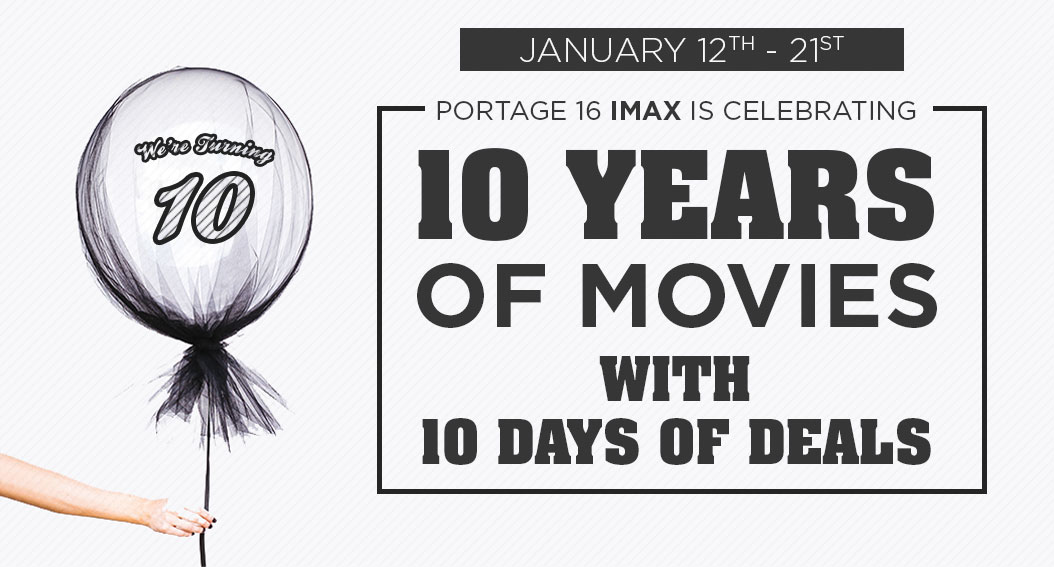 The Portage 16 IMAX in Portage, IN will celebrate its 10th Anniversary this week with 10 Days of Deals including Gift Card giveaways to select rewards’ members of the Frequent Moviegoer (FMG) Club. The Goodrich Quality Theaters’ 16-screen multiplex opened its doors on January 11th 2007 and since has sold over 6 million movie tickets, served over 2 million sodas and popped over 2 million tubs of popcorn.

If you are not an FMG member, you can download the Mobile App to sign up, search Goodrich Quality Theaters in the App store or Google Play store. FMG sign-ups can also be done in theater or online at http://www.goodrichqualitytheaters.com/fmg/

For more information on the Portage 16 IMAX 10 Days of Deals promotion, click here.