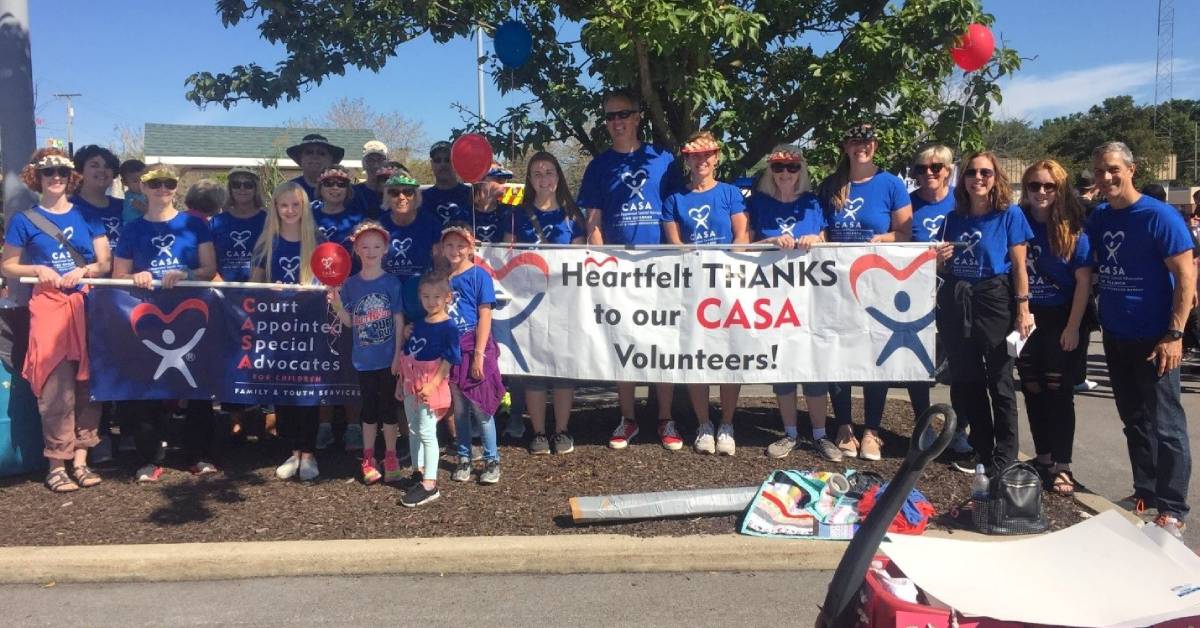 In the late 1970s, the number of children entering foster care in the United States ballooned at an alarming rate.

Juvenile court officials across the country, including then Indiana Circuit Court Judge Raymond Kickbush, grew increasingly concerned for the futures of children appearing before them. In legal proceedings, adults and state agencies had lawyers to advocate for them, but the children caught in the middle of such cases were voiceless.

"Any child coming through court through the welfare system was not represented legally,” Kickbush explained. “The parents always were. Many times, when the parents split up, each of them had their own lawyer, and the welfare department always had a lawyer, but nobody represented the child.”

While attending a judicial conference in Indianapolis in the 1980s, Kickbush heard about a new initiative, Court Appointed Special Advocates (CASA), started by Judge David Soukup in Seattle, WA. The CASA program recruited volunteers from the community to speak in court solely on behalf of abused and neglected children entering the system.

He approached the local municipal government about starting the program in his jurisdiction.

“I remember years ago going to the county council with the welfare manual, which at that time was probably a foot thick and weighed about 10-12 pounds, and saying to them 'this is the reason why we need a concept program,’” Kickbush said.

The council agreed and allocated funding to start training volunteers.

Each volunteer is assigned one or more cases that they follow through only from the standpoint of the child, appearing alongside them in court and coordinating with other organizations (schools, welfare departments, etc) as needed.

Kickbush recalled one case in particular where the appointed CASA went above and beyond for the sake of the child she represented. He felt the child would be best if placed with their natural father, currently living in Nevada. Connecting the two required official communication to travel from Porter County to Indianapolis, then on to Carson City, NV before being routed to the father’s local department.

The CASA, in that case, was empowered to circumvent the cumbersome official process and traveled on her own dime to the father’s location to complete the court-mandated home evaluation herself. Kickbush swiftly approved the report and the child was successfully placed with their family.

"Thank heaven for all the volunteers," Kickbush said. “They come from all walks of life. They don't get paid anything— they do it because they want to do it.”

“They do an excellent job because they're only concerned about one thing and one thing only, the best interest of the child. Without them, the program would not function at all so my hats off to them," he continued.

Because the program consists mostly of volunteers, there had to be a core full-time team to make sure volunteers were trained properly and appear in court with the advocates and the children they were representing.

"It's not just a question of getting a program going. It had to be funded properly and run properly," Kickbush explained. Full-time staff provide supervision and ongoing formation, recruitment and publicity efforts, and ensure statutes and policies are updated and observed.

The program is ever expanding in order to keep pace with the exponential growth in numbers of children needing advocacy, particularly in the last few years.  Next month’s CASAblanca Gala being held in recognition of the program’s 30 years of service will be an opportunity for the non-profit program to garner support and contributions, and promote awareness of their mission.

Porter County CASA invites everyone to join them on Friday, November 8th at The Market in Valparaiso to celebrate the dedication of CASA volunteers who advocate in court for the best interests of abused and neglected children in our community.

Guests will be transported to another time and place a la Rick’s Gin Joint from the WWII classic movie, and enjoy dinner, prizes, and live music and dancing to the sounds of Chicago’s premiere band, Front of House.

Doors open at 6:00 p.m. followed dinner and formal presentation at 7:15 p.m. Individual tickets are $100 each and can be purchased online at https://fysb.wufoo.com/forms/z1a5lvxh1r9ephr/ or via check by calling Kate Flannery, Director of Development for Family & Youth Services Bureau, at 219-464-9585.

More information about the event and the Porter County CASA program can be found on the event’s website: https://www.fysb.org/casablanca-gala.