You may have noticed a rock somewhere – in the window of a store, leaning against a sign post, maybe even just lying casually in a bed of rocks, trying to fit in. These rocks, you may have noticed, are different. They are painted in bright colors resembling superhero characters, depict birds and flowers across its flat shape, or reads a motivational phrase like, “YOU ROCK!”

The rocks were not dropped there by accident, but instead were hidden for YOU to find to put a smile on your face and help make your day a little more fun.

These rocks are painted and hidden by a group called Porter County Indiana Rocks! This group of men, women, and kids of all ages formed a Facebook page to document the decorating and finding process of the rocks.

The first rock that launched this new project was found in January 2017 by the eight-year-old daughter of Jen Szabo Matuska. The rock they found had the label “Northeast Ohio Rocks” which is the Ohio based rock finding group started by Nancy Powell Pierson.

“We took a picture, re-hid it and were so inspired by the concept, we looked for a group in our area,” Matuska said in a Facebook comment. Since the idea was new to Porter County, Matuska and of co-founder Johanna Stull Smith were guided by Nancy Pierson to start the group here.

“It took a bit of time to get off the ground, because only a few of us were painting and hiding, but it is now starting to really take off!” Matuska said. “Members of the community are finding our rocks and posting their own pictures to our page as well as beginning to paint and hide their own. It’s very exciting to see our group grow!” 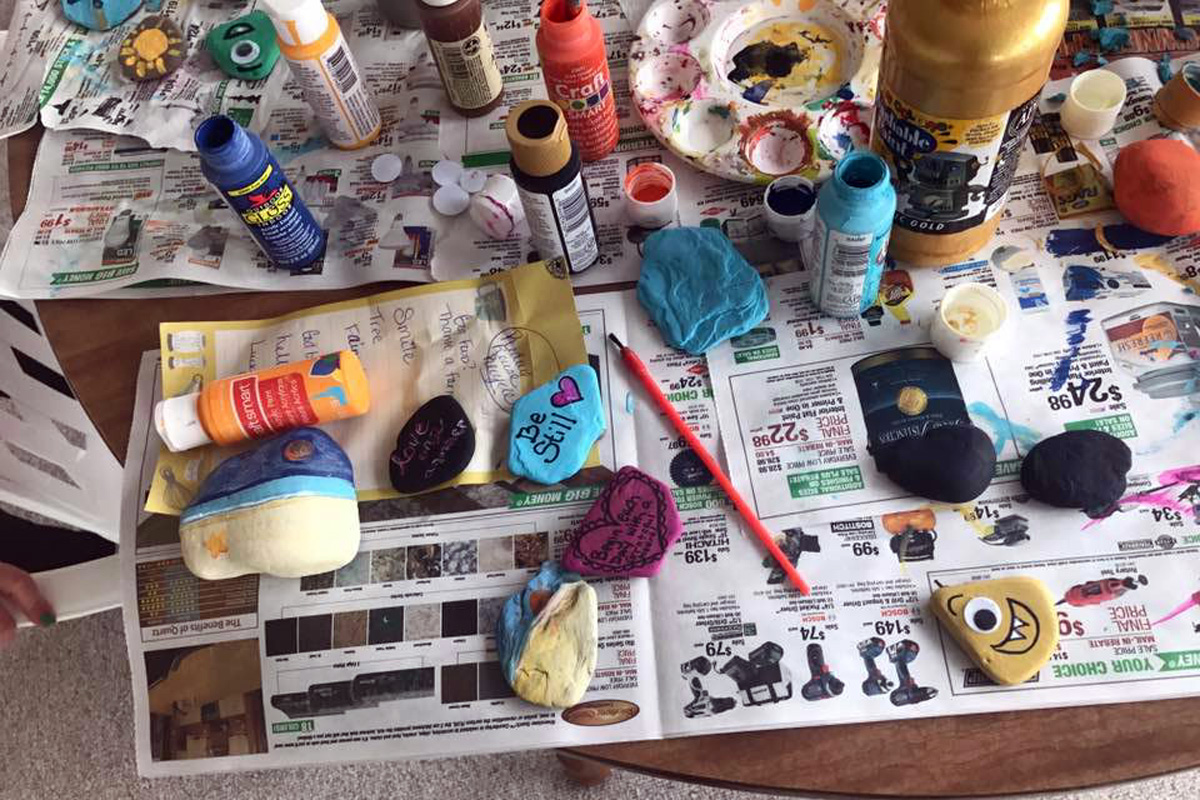 The goal is just to put a smile on somebody’s face. The group paints rocks in all colors and designs or writes phrases on them, then goes out into the community and “hides” them. Most of the rocks are placed in sight in different locations throughout the community. They are set in places that are easy to see and get to so that you can easily grab it for a picture.

The most important, and fun, part is to take a picture, share it on the Facebook page and then re-hide it, Matsuka said. Plus, it is fun for the hider to see his or her rock found by someone in the community. 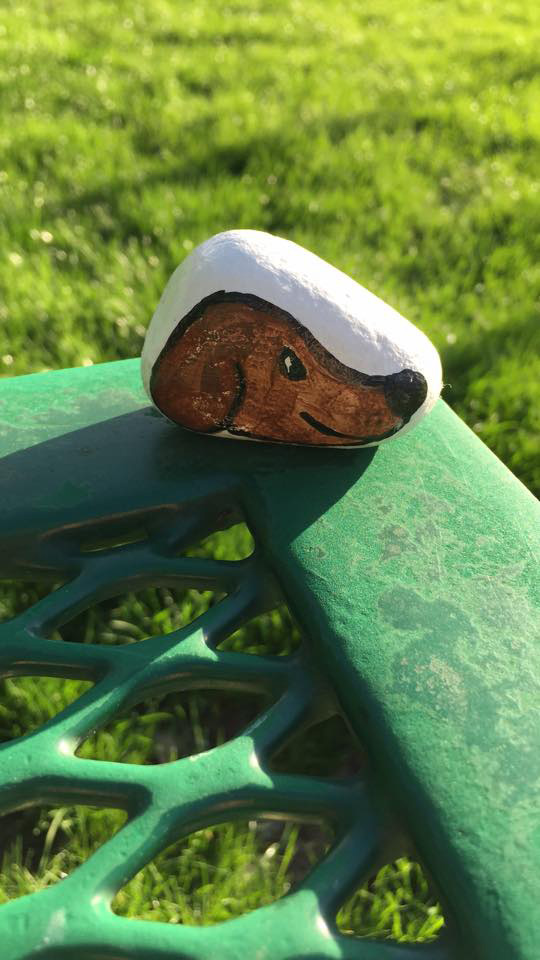 Everyone is invited to paint and hide rocks. On the Facebook site, guidelines are written to explain how other rock-painters do it. Rules like keeping the rocks child-friendly, so no inappropriate pictures and words allowed, and to remember to keep rocks in safe places are available to look over.

Rock painting and hiding can be the next Saturday afternoon date and Matuska welcomes all to paint and hide at their leisure.

“For me, I keep a stash of rocks in my car,” she said. “When I am out and about I tend to toss a few in my pocket and hide them while I am places, but it is not unheard of for a group like this to plan special days and events regarding rock hiding.”

Rocks splattered with colored paint and fun words and designs are piling up throughout Porter County. Keep your eyes open where you walk, you may just find a little something to make sure you’re having a rockin’ day.

This is just one group of many rock groups in Northwest Indiana, so make sure to check the bottom and back of the rock to see which group hid this special treasure! Other Porter County groups include Chesterton Rocks and Valpo Rocks!