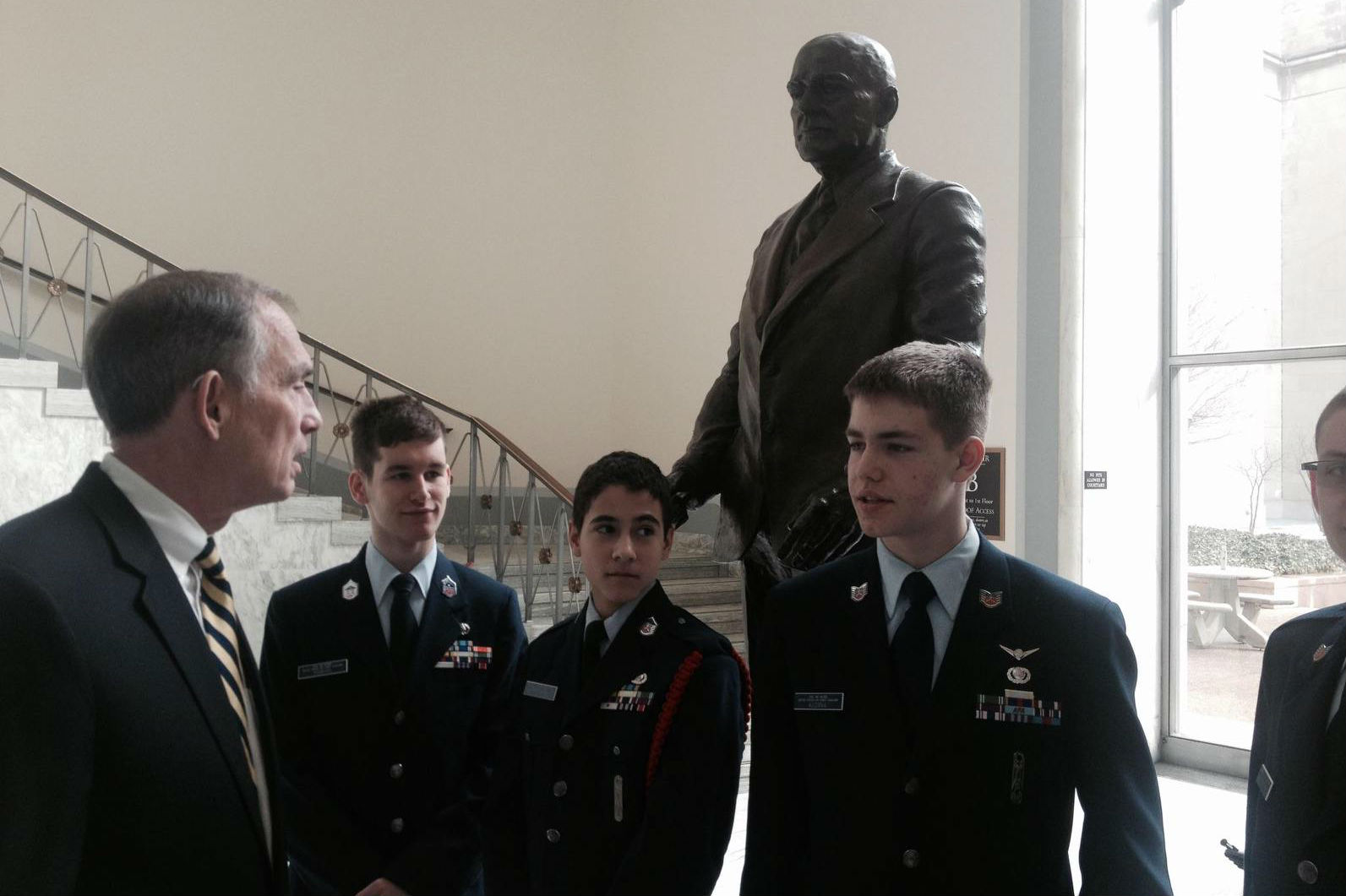 Prior to the visit, Cadets LaCorte and Kudrna learned about the Civil Air Patrol budget and its needs to support the nation. They met with members of the Indiana Congressional Delegation including Representative Pete Visclosky. Cadet Kudrna stated,

“When we met with them, they were more interested in hearing about our experiences with Civil Air Patrol. They wanted to hear our stories,” Cadet Kudrna stated.

The Civil Air Patrol is the U.S. Air Force Auxiliary and assists the Air Force in a number of functions. Cadet LaCorte spoke of his experience as a Ground Team Member.

The Ground Team primary function is locating missing and downed aircraft, but may also be used for locating lost persons. Cadet Kudrna spoke of his glider training. Kudrna will transition to powered airplanes this summer. Both cadets have served in multiple events supporting the public including Relay for Life, 500 Turkeys, the Valparaiso Police Department K9 run and many more. 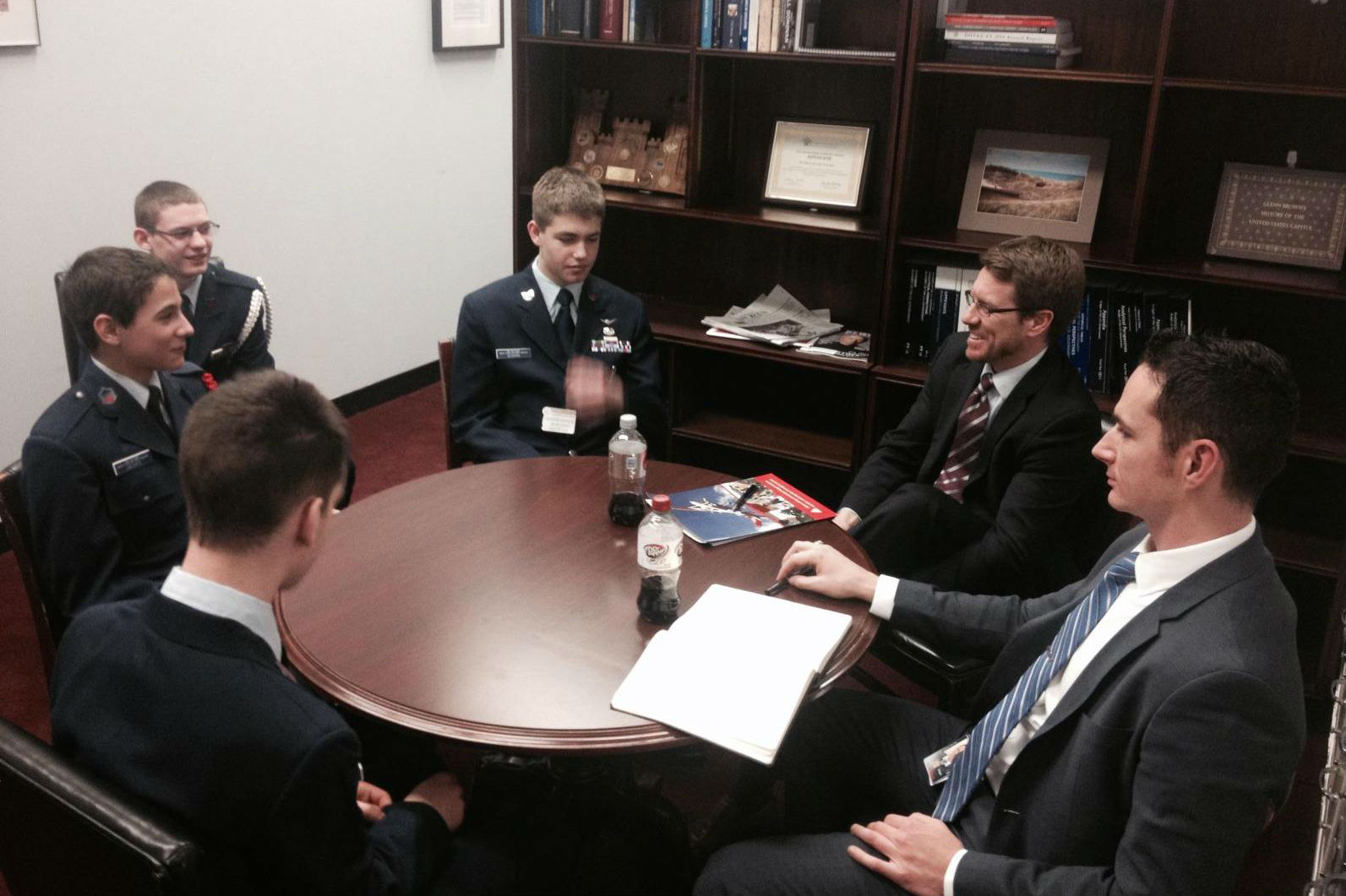 “It was a tremendous honor to be selected and to meet my congressman, the Secretary of the Air Force and other amazing people,” Kudrna stated

“It was a great experience. I learned a lot about government. I saw a lot of neat things including the Capitol building, the Smithsonian and a lot more,” LaCorte added.

Civil Air Patrol, the official auxiliary of the U.S. Air Force, is a nonprofit organization with 58,000 members nationwide, operating a fleet of 550 aircraft. CAP, in its Air Force auxiliary role, performs about 85 percent of continental U.S. inland search and rescue missions as tasked by the Air Force Rescue Coordination Center and is credited by the AFRCC with saving an average of 70 lives annually. Its unpaid professionals also perform homeland security, disaster relief and drug interdiction missions at the request of federal, state and local agencies.

The members play a leading role in aerospace education and serve as mentors to more than 24,000 young people currently participating in the CAP cadet programs. Performing missions for America for the past 73 years, CAP received the Congressional Gold Medal in 2014 in honor of the heroic efforts of its World War II veterans. CAP also participates in Wreaths Across America, an initiative to remember, honor and teach about the sacrifices of U.S. military veterans.