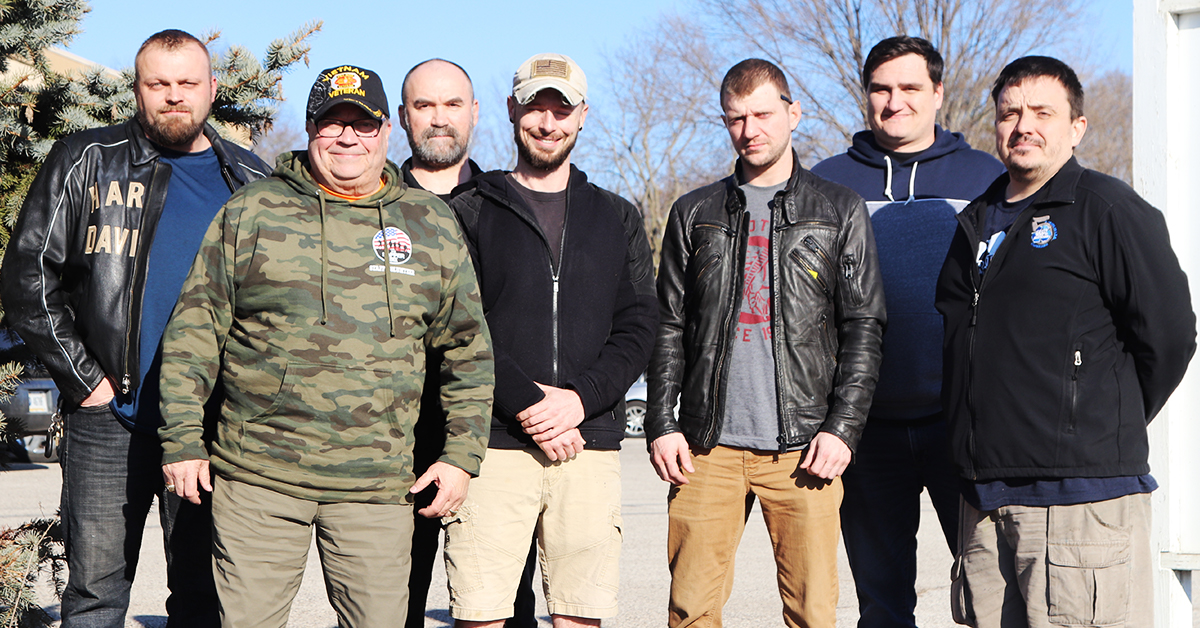 As a community, we have two ways we can approach the treatment of those who have sacrificed their lives and livelihoods for our nation and then fallen on difficult times: we can penalize or we can help. The Porter County Veterans Treatment Court chooses to help.

The men and women who fight for our freedom are the country’s greatest civic assets, and while most are strengthened by their military service, many suffer from post-traumatic stress disorder (PTSD) and traumatic brain injuries. If left untreated, mental health disorders among veterans can lead them down the wrong path and into the criminal justice system. Nationally, more than 700,000 veterans are in the criminal justice system.

Katrina Spence, an advocate and a volunteer attorney for the Porter County Veterans Treatment Court, has actively helped veterans since the inception of the program.

“Judge Julia Jent is the person who really spearheaded bringing the program to Indiana in 2011,” Spence said. “She and her husband are U.S. Army Veterans, and she really saw a need for a program like this when veterans returning home from Operation Desert Storm and Desert Shield were committing crimes. She worked to get the funding and Porter County is really one of the first counties in the state to start the program.”

The Veterans Treatment Court is an alternative to incarceration. The guidelines for the program are set by the state and the National Association of Drug Court Professionals. The model requires regular court appearances, mandatory attendance at treatment sessions, and frequent drug and alcohol tests.

Judge Michael Drenth, who was appointed to Jent’s position when she retired in 2018, said the transformation of the veterans after they complete the program is remarkable.

“I am especially proud to be part of the Veteran’s Treatment Court here in Porter County because I have seen firsthand how it has benefitted the lives of veterans and their families in our own community,” he said. “It is an honor and a privilege to be able to work with the veteran participants, veteran volunteers, and all the other individuals and organizations involved in the Veteran’s Treatment Court.”

Up to 24 veterans are in the treatment court program at a time. Spence said the length of the program varies for each individual and can take anywhere from a year to two years to complete. Veterans start with programming and regular contact with a case manager, a mentor, and a sponsor (or Smart Recovery if they choose to opt-out of one of those programs).

“There is a lot of communication when they’re in the beginning stages of the program. Slowly, over time, we start to ease up on that to let them figure things out as they progress through the program,” Spence said. “The treatment court is helping address possible mental health and drug or substance abuse issues for veterans who have committed a crime. Because it’s an alternative treatment program, if the veterans successfully complete the program requirements, their case is dismissed and they won’t have a conviction on their record.”

Spence echoed Drenth’s happiness at how transformative the process is for veterans.

“A lot of times when the veterans are coming into the treatment court program, they’re lost,” Spence said. “Their family life is crumbling, they’re having a hard time with work, with their peers, and after they go through the program, those relationships are getting rekindled, and stronger. The people around them are seeing the difference in them. It’s amazing to watch.”

Spence was the attorney representing Damian Thomas through the Veterans Treatment Court. Thomas, who was facing an operating while intoxicated (OWI) charge after getting into a car accident, served in the U.S. Army for more than 12 years.

“I was in the program for about 14 months,” Thomas said. “When I first started, I truly believed I was just going to go through the motions and just get through the program. The longer I was there, it became deeper than that. I had issues I had to fix and there were people there dedicated to helping me.”

“It’s hard to put into words what the program actually did to me. One of the biggest things I learned is there is always somebody to talk to - no matter what,” Thomas said. “I didn’t know at the time there are multiple ways of getting help, whether it’s talking to somebody, or going to counseling at the VA.”

Since completing the program, Thomas has made some major life changes and is giving back to the program.

“It was nice to be able to help somebody and try to give back a little,” Thomas said. “I haven’t had alcohol since before I entered the program in 2018. Also, because of the program, I’m able to identify those risky situations that were something I put myself in frequently before the program.”

Porter County has seen much success with the program, and the proof is in the numbers.

“Less than five percent of the veterans re-offend after leaving the program, which is astonishingly low. Usually, when someone commits a crime, the chance of them reoffending is high when programs or services aren’t offered,” Spence said. “You won’t see these many of these people come back in and re-offend.”

To learn more about the Porter County Veterans Court program, visit their website.