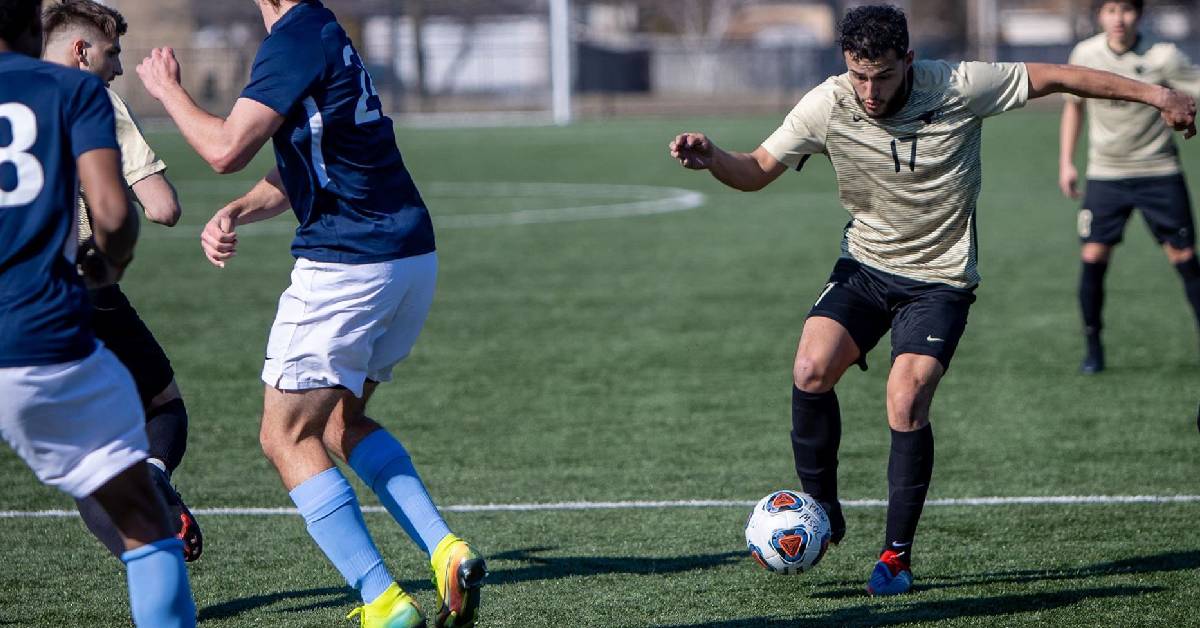 The Purdue Northwest men's soccer team suffered a tough 4-0 setback to Parkside on the road Wednesday afternoon in conference play.

PNW (3-2, 3-2 GLIAC) kept the pressure on the Rangers defense throughout the first half collecting six shots with four being on goal, but ultimately saved by Parkside's keeper, David Milan.

Parkside (2-2, 2-2 GLIAC) eventually got on the board in the 57th minute on an unassisted goal by Rade Novakovich. That strike proved to be the game-winner.

The Rangers would pull away late with a trio of goals in the final minutes.

Isaiah Nieves led the Pride with five shots including three on goal.

Sebastian Contreras took the loss in goal for PNW and he collected two saves.

UP NEXT
PNW will return to the friendly confines of Dowling Park on Sun., April 11, when the Pride welcome in Saginaw Valley State for a noon CDT kickoff.