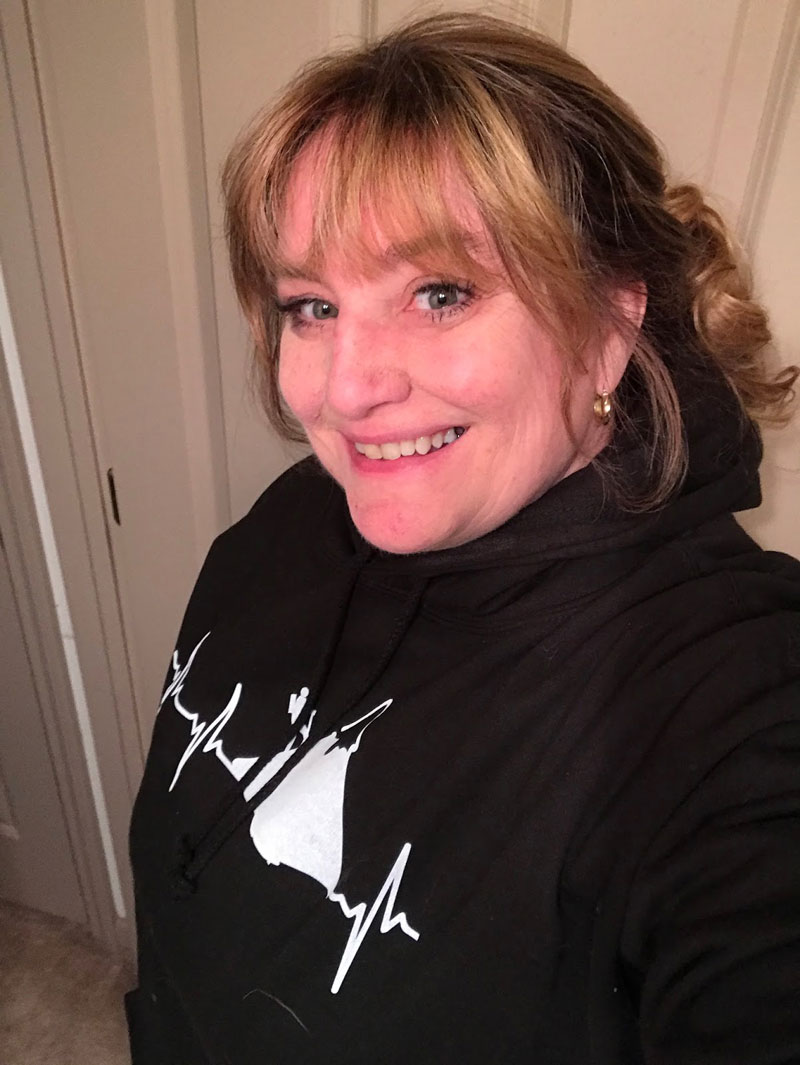 My name is Brenda Barnhart. I’m 55 years old. (When did that happen?) In June 2016 I experienced a low period after a year of several deaths of family and friends, a slowdown of business and the pressure of being the sole caregiver for the last 12 years of my parents, a father with dementia and a mother with a form of Alzheimer’s. During this time, I realized that everything else had stopped in my life except what was just in front of me, work and being home. I had stopped going out, going to the movies, or anywhere that didn’t involve work or the entire extended family. No time, no energy, no one to cover me at work or home for an occasional respite were by excuses. Maybe this is my mid-life crisis, a little late.

I decided that something needed to change. I’ve always been a competitive over achiever when it comes to everything except for caring about myself. Now I have turned that compulsion to myself. I knew I needed to do some major changes. Over the last 15 years, I had gained over 100 pounds. I had no energy, and seemed to always run on adrenaline. I had tried to lose weight before but would get to a certain point and I would gain it back. So I decided a goal was in order. Some carrot to hang in front of me to push me on and keep working toward a goal.

About the same time, I stumbled onto a television show called Outlander. I was hooked after binge watching several episodes and have now read the series of books too. The story is good, and the scenery of Scotland re-awakened a passion for Scotland and its history that I’ve had since childhood. I found my carrot, a trip to Scotland in the fall of 2017.

Yes, I can go without losing weight, but I want to hike the Highlands. I want to bag some munros. That’s a Scottish term for reaching the peak of a mountain. My physical state could never do that. So I started a diet.

After about 6 weeks, I spent 2 weeks playing with the same 2 pounds. It was time to start exerciseng but I know myself. Any excuse to skip exercise, I take it. I decided to try using a trainer.

I didn’t relish going to a chain fitness center and the Y seemed like too many people. I found Pumps Fitness. I started working with Ian on August 22. I went in with the idea of doing hard core, 1 hour sessions several times a week. I WANT TO BAG SOME MUNROS! Ian walked me through the testing of my physical capabilities, and suggested a half hour session, 3 days a week. I was disappointed but he’s the expert. Fifteen minutes into my first session, I was looking at the clock. ONLY 15 MINUTES? OK, Ian IS the expert.

I’ve been attending 3 times a week for 10 weeks. 40 pounds and 4 pants sizes down since June, I’m starting to be self-motivated with nightly cardio walks. I’m no longer drinking 8-10 Diet Cokes a day (gosh I miss those but water is my friend). I monitor by food intake and try to make take out a once a month treat not a nightly event. Ian’s mantra of “get your mind right” has spilled over from my workout sessions to home and work. My impatience to lose 20 pounds a month is morphing into satisfaction when I can lose 1-2 pounds a week and dig out clothes from my past in smaller sizes.

My goal weight should happen about December 2017. Scotland is only 10-12 months away. I can now walk several miles and not feel like my legs are falling off after only walking half a block. I can carry on a conversation while walking, instead of gasping for air every 3 steps. People have started to notice the weight loss and body changes. I even got carded last week!

I still have a long way to go to reach my goal. Probably even longer before exercising is a joy instead of a must do chore. I still give Ian the side-eye when I have to do squats. I still need the universe to push me sometimes to eat right or do my cardio. But for now, I am satisfied and sort of enjoy the feeling of sore muscles knowing that the feeling means my body is getting stronger. I push every session with Ian. Anything less and I won’t be able to bag those munros.