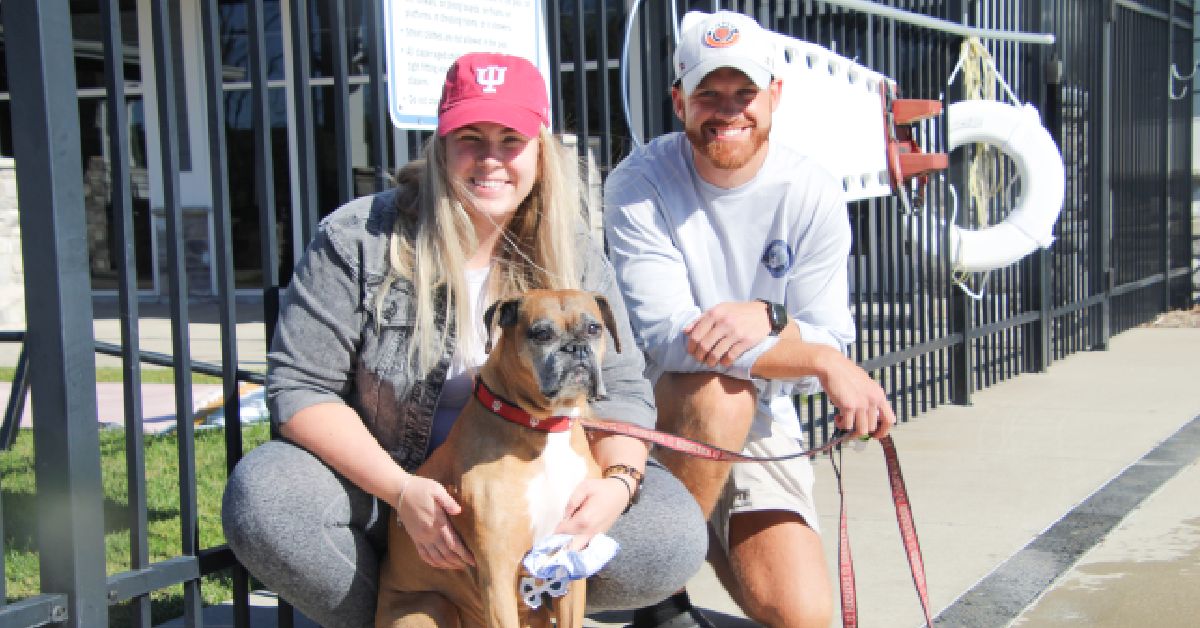 With fall settling in, there’s been a chill in the air this week. Most residents at the Lakes of Valparaiso are a bit too timid to take a dip in the apartment community’s pool – except, of course, the furry, four-legged members of the local families.

On Saturday afternoon, the Lakes of Valparaiso hosted their Annual Puppy Plunge, where the dogs of the community get a chance to take a swim in the pool the day before it closes for the season. From the smallest puppies to the biggest Saint Bernards, pups (and humans) of all kinds turned out to enjoy the day.

“It’s really important to us that our resident’s pets are included in the community,” said Jessica Storey, leasing consultant at the Lake of Valparaiso. “We always ask residents to bring them down, we’ve got treats in the back that we love to give them. We want them to know that their pets can absolutely be a part of their homes here.”

Storey offered each new arrival to the Puppy Plunge a goody bag stuffed with treats and a few daily necessities.

“We just want everybody to feel at home,” she said. “There’s actually not a lot of apartments out here that are pet friendly, but we definitely are. We love ‘em all!”

The plunge isn’t a new event for the Lakes of Valparaiso, but due to COVID, Saturday was the first one since 2019. Some of the dogs were veteran swimmers – golden retrievers diving into the pool for hours without tiring. Others were new to the pool, like Karly Baldwin and Michael Cral’s 10-week-old pup named Piper.

“We’ve been here at the Lakes for about three weeks, and we love it,” Baldwin said. “Everyone’s been super friendly and that we see so many people out and about – and we love that it’s a dog community.”

Piper made fast friends with a number of the gathered dogs, including the giant Saint Bernard named Zeus.

“She’s super friendly, she loves people, and she loves dogs,” Baldwin said. “She loves to play with anything and everything that she can get her mouth on.”

Amanda Spitalniak and her 11-week-old corgi named Coconut are also fairly new to the community, with Spitalniak moving into the Lakes of Valparaiso about six months ago. Coconut, who is just a touch too big to fit in the palm of your hand, was quick to deem to water a bit too cold for her liking and instead enjoyed watching the bigger dogs run about while she munched on her treats.

“I was really excited to bring Coconut and for the chance to meet other residents,” Spitalniak said. “It’s a really cool thing that they’ve put together. It’s great that they value our pets so much, I know I love mine, and being able to do things with them means a lot.”

In addition to the Puppy Plunge, the Lakes of Valparaiso plan to organize other pet-friendly events throughout the year and offer a number of pet-friendly amenities such as a dog park, pet washing station, and walking trails. Dogs also love stopping by the leasing office, where the staff loves to dote on them and gives a special treat to each visitor. 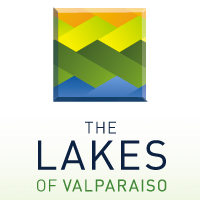