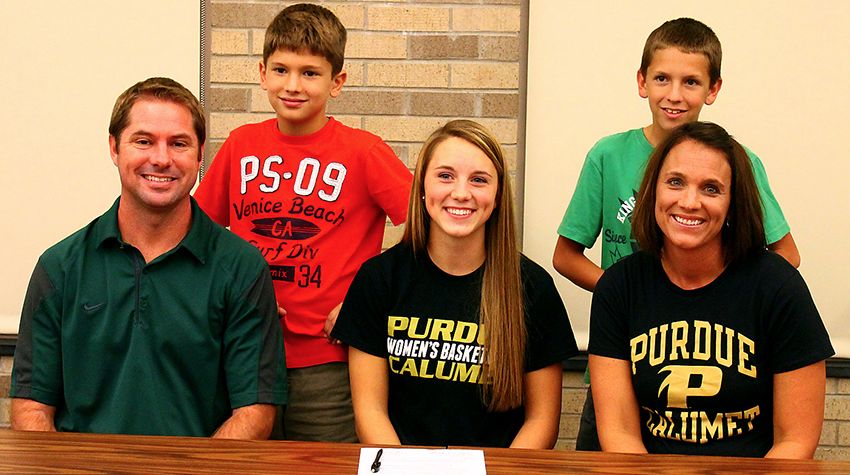 “We’re very excited for Bayley to join us next fall,” ninth-year Head Coach Tom Megyesi said. “She has great ball handling skills and is very good at getting to the rim.”

Goodman, a three-year letterwinner for the Bison, was an All-Hoosier Conference and IHSAA All-State honorable mention award winner.

The 5-foot-7 guard is led her team to a 27-3 overall record in 2015-16, with a perfect 7-0 in the Hoosier Conference. The Bison made it all the way to the IHSAA Class 3A Regional Final before falling to South Bend St. Joseph.

In its last season competing as Purdue Calumet, the Peregrines captured their fifth-straight 20-win campaign, finishing the 2015-16 season 22-9 overall and 13-6 in the Chicagoland Collegiate Athletic Conference. Purdue Calumet earned a berth to the NAIA Division II National Championships for the third time in four years, where the No. 21 Peregrines fell in a battle with eventual Final Four team Mount Marty, 73-69.