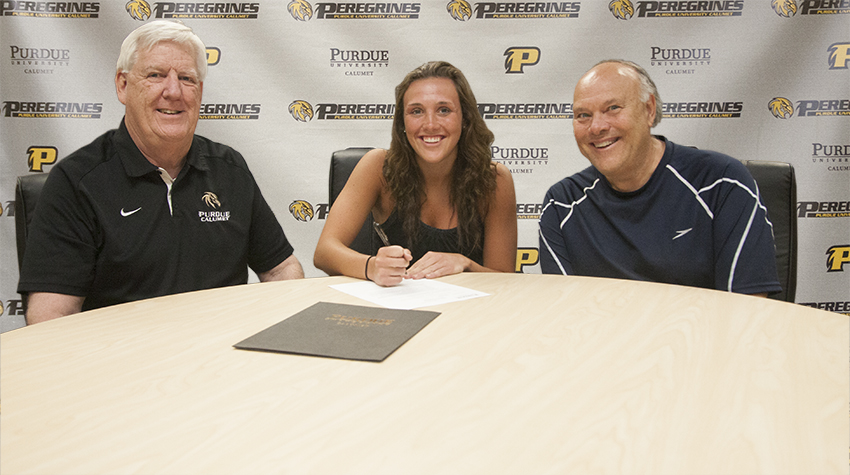 Weringa, a 5-foot-6 point guard and sharp shooter from Tinley Park, Ill. (Lincoln Way North), will have three years of eligibility remaining after sitting the 2013-14 season out at Ashford with an injury.

“Ashley is an outstanding shooter who will complement our offense and add needed depth to our team at the point guard position,” Megyesi said of Weringa, who owns several shooting records at Lincoln Way North and shot a 92 percent clip from the free throw line in her prep days.

As a three-year captain for the Lincoln Way North squad, Weringa was a three-year all-conference and two-time all-state honorable mention selection after averaging 10.8 points, 3.0 assists, and 1.0 steals per game her senior season. Weringa left the school as the career-leader in points, 3-pointers, as well as holding trifecta season and single-game marks.

In her first season on the court for Ashford, Weringa was a part of a squad that finished 25-8 and qualified for the NAIA Division II National Tournament, where the Saints went to upset defeat No. 6 Indiana Wesleyan in the first round. Weringa saw action in 32 games in 2014-15, averaging 2.8 points, 0.9 rebounds and 0.6 assists. She drained 17 3s in those 32 appearances, shooting at a 31.5 percent clip.

The daughter of Michael and Karen Weringa – both former collegiate athletes in their own right at Illinois-Chicago (baseball) and North Central College (basketball) – Ashley plans to major in biology with a pre-medicine academic track at Purdue Calumet.

Coach Megyesi’s squad returns 10 players from last year’s Purdue Calumet team that finished 21-8 overall en route to its second-straight Chicagoland Collegiate Athletic Conference South Division title. The Peregrines, who defeated Ashford on the road 71-66 back on Nov. 29, 2014, were ranked as high as No. 8 in the national poll during the 2014-15 campaign, marking the program’s highest-ever ranking.