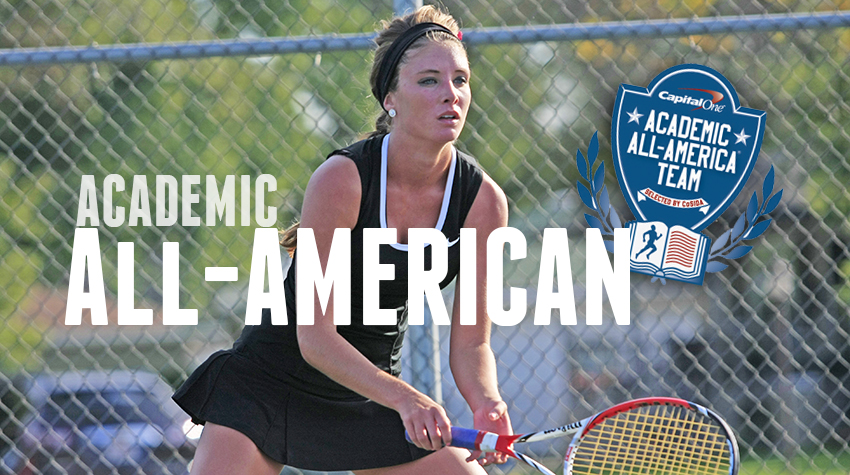 Haas (Bismarck, Ill./Bismarck-Henning) joined eight other selections from around the nation on the College Division Women’s At-Large First Team, which boasted a combined grade point average of 3.92.

Haas, a history major and No. 1 singles and doubles player on the Peregrines’ women’s tennis team, was one of three first-team members who boasted a perfect 4.0 G.P.A.

Haas finished the 2014-15 season with a school-record 11 wins, compiling an 11-3 overall mark at No. 1 singles, including a 6-2 mark in conference matches. Her other loss was to Division I Wayne State’s Yasha Moore. Her play also earned her another honor – the first all-Chicagoland Collegiate Athletic Conference honor in program history.

The Peregrines completed their best-ever mark in the program’s fifth season of competition, finishing 9-6 overall. That mark included Purdue Calumet’s first-ever postseason victory, an 8-1 win over Calumet College of St. Joseph in the CCAC Quarterfinals.