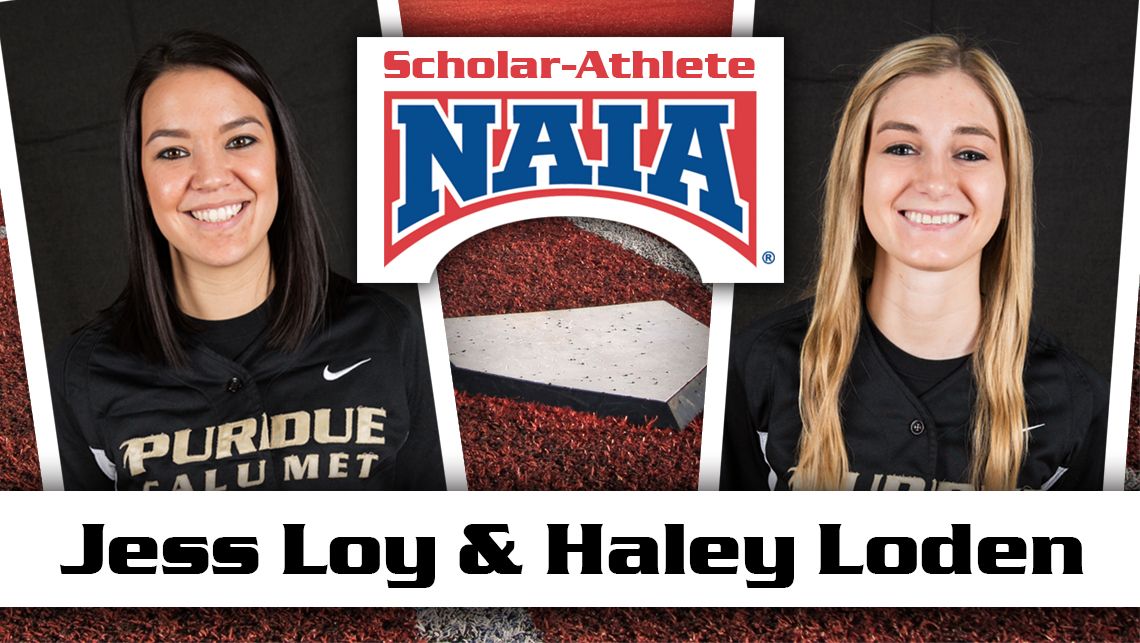 Loy (Skokie, Ill./Niles North) and Loden (Crown Point, Ind./Lake Central) were one of 397 softball student-athletes in the NAIA to earn the award, which requires students maintain a minimum grade point average of 3.5 on a 4.0 scale along with junior academic status to qualify for the honor.

Loy, a senior infielder, finished her final season in a Peregrine uniform with 14 hits, 10 RBI and 13 runs while starting 37 games scored on the year. Loy was also awarded the John Friend Leadership Award at this year’s Final Flight banquet and received CCAC All-Academic honors.

She’s majoring in human resources with plans to graduate this December.

Loden, a junior outfielder, played in 23 games and started in 12 during the season. She recorded a .226 batting average with five runs scored and three RBI. Loden, a fitness management major, also received CCAC All-Academic honors.

Mudd (Crown Point, Ind./Crown Point) was one of 90 student-athletes across the nation to earn the honor, as the junior spent the 2015-16 season competing primarily at No. 2 singles and No. 1 doubles. Mudd, who also plays golf — where he also earned an NAIA Scholar-Athlete award — is double majoring in History and Political Science and recently earned the department’s Male Scholar-Athlete of the Year award.

Haas (Bismarck, Ill./Bismarck-Henning), one of 107 to earn the award, snagged her second-straight honor after leading the women’s tennis team with a 9-2 record at No. 1 singles and helped the team to its second-straight postseason appearance. A spring graduate with a bachelor’s degree in history, Haas completed her time at Purdue Calumet with a perfect 4.0 cumulative grade point average and took home the department’s Female Scholar-Athlete of the Year award.

In order to be nominated by an institution's head coach or sports information director, a student-athlete must maintain a minimum grade point average of 3.5 on a 4.0 scale and must have achieved a junior academic status to qualify for this honor.