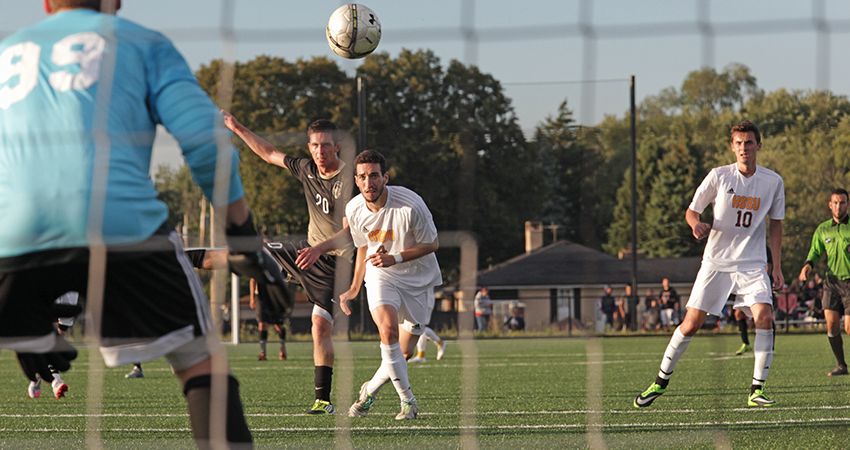 “I was pleased with how we responded after falling behind,” first-year Head Coach Ryan Hayes said of the win. “(In the second half) I think we were more clinical with our execution, our passing, and our movement off the ball was much better.”

The win kept the Peregrines (3-0-1, 0-0) unbeaten on the season, as Purdue Calumet looks ahead to a nine days off before opening Chicagoland Collegiate Athletic Conference play at Olivet Nazarene Sept. 19. Saturday’s originally scheduled game against Concordia (Mich.) has been canceled and will not be made up.

Thursday, the visiting Hornets (0-1-1) struck first, as Ahmed Ahmed found the back of the net in the 9th minute on a cross from teammate Andrew Priestley to put the visitors up, 1-0. The Peregrines would even things up nine minutes before the half, as junior Nico Monteiro (Rio de Janeiro, Brazil, IBMEC) connected on his third goal of the year from about 18 yards out on an unassisted strike from the top.

The final 45 minutes proved to be Purdue Calumet’s control, as the the Peregrines outshot the Hornets by a 14-5 margin to finish with 18 total shots — eight of them on goal — compared to just seven shots for HSSU. The Hornets managed just one on goal, giving starting keeper Miguel David (Spring Valley, Calif./Bonita Vista) a save in his third win of the season.

Senior JP Garza (San Antonio, Texas/Ronald Reagan) gave the Peregrines the lead in the 60th minute, as the forward connected on a one-time finish to the right corner after teammate Jawayne Spence (Hammond, Ind./Morton) fed him a pass that slipped behind the defense.

Junior Cristian Garcia (Whiting, Ind./Clark) added the insurance goal nine minutes later, as he blasted a shot in the upper 90 on a Carlos Ramirez (El Paso, Texas/Coronado) through ball from the left side. 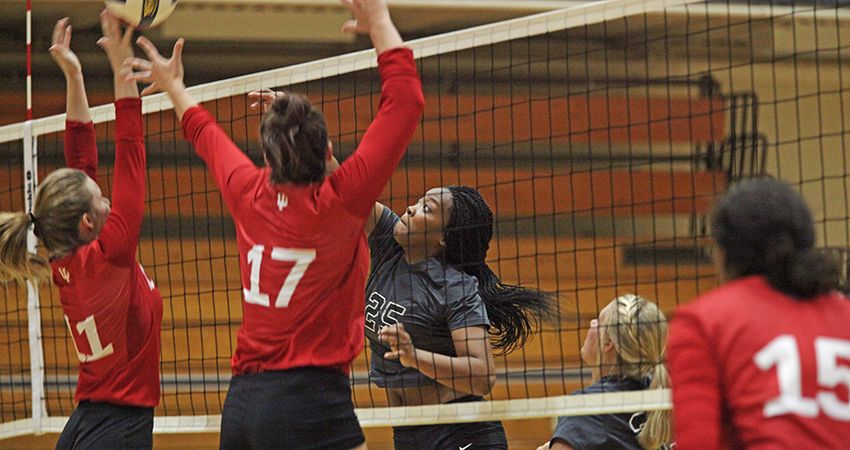 With 15 players seeing action on the floor, ONU’s Taylor Delbridge led the offense with nine kills and Renee Enz delivered 28 assists to lead the Tigers in the victory.

Purdue Calumet takes the weekend off, as the Peregrines return to conference action Tuesday, Sept. 15, when they host rival Purdue North Central at 7 p.m. at the Fitness and Recreation Center. 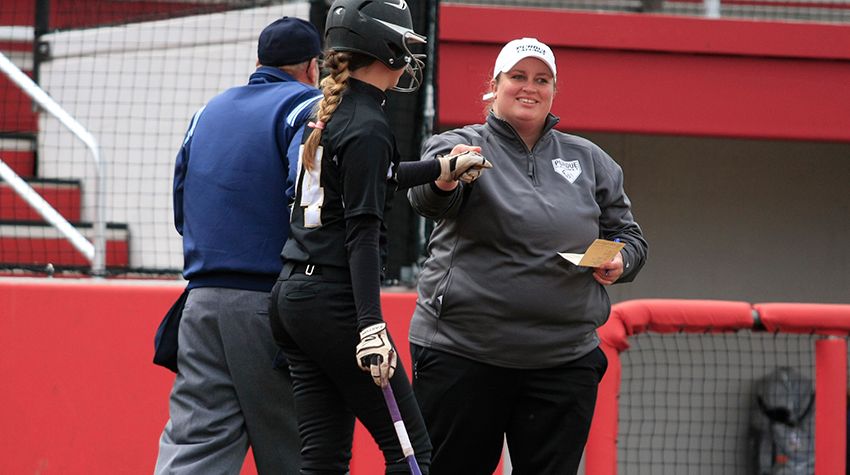 Purdue Calumet Announces 11-Member 2015-16 Recruiting Class
After wrapping up a successful second season of softball at Purdue University Calumet - which included two victories in the team's inaugural appearance in the Chicagoland Collegiate Athletic Conference Tournament - Head Coach Heather Tarter is poised to make anohter postseason run with the announcement of her 2015-16 recruiting class.

“This class is one that I am very excited about and expect to make an instant impact on our program for years to come,” Tarter said. “We have added depth in every position, especially in the pitching circle, and I believe we have brought in some key players on defense that will back up our pitchers and put us in a position to compete in every game this season.”

Purdue Calumet’s 2015 class of 11 features four junior college transfers and seven recent prep signees. The incoming squad will join a talented Peregrines’ team that is poised to compete for a CCAC title in a competitive conference, after finishing its first year of league competition with a 13-9 record in 2015.