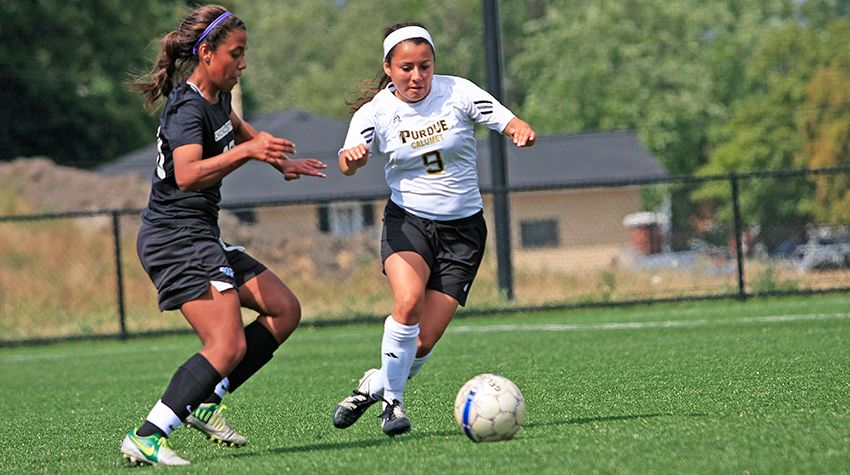 The Peregrines (1-3-1) held the Maple Leafs (3-1) scoreless through the matches’ first 45 minutes, as both teams entered the halftime break deadlocked at a 0-0 tie.

Goshen, however, struck first in the 55th minute behind an unassisted score from Melanie Drinkwater, who went on to score a hat trick with additional goals in the 84th and 85th minutes. Gina Berkey added Goshen’s other score in the 64th.

Despite the margin in score, the shot totals were close, as Goshen just edged the Peregrines in that category, 13-11. Purdue Calumet held the Leafs to just six shots on goal, as freshman keeper Kelley Sharp (Seymour, Ind./Seymour) recorded two saves in 90 minutes in goal.

The Leafs finished the game with the advantage in corner kicks, 5-3, although Purdue Calumet won the battle in the second half with all three corners won in the final 45 minutes.

Goshen keeper Natalie Thorne picked up the victory with four saves in the shutout for the home squad.

Purdue Calumet returns to action Tues., Sept. 15, when it hosts Lourdes (Ohio) in a nonleague contest at Dowling Park beginning at 4 p.m. CT. 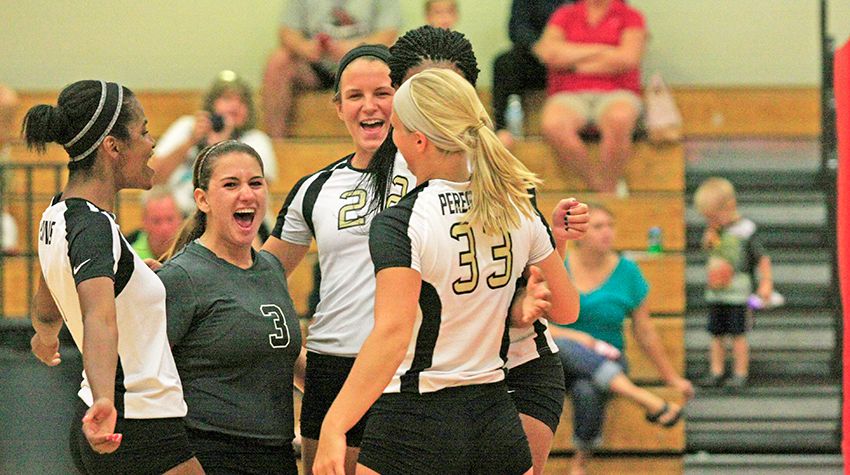 “I thought that we played incredibly balanced tonight and our offense was spread out amongst all of our hitters,” Head Coach Julie Wiejak said. “I liked our composure and I thought that we handled the ball behind the serving line very well.”

Martin, who hit a blistering .714 attack percentage for the match, used a six-kill performance in Set 1 to help the Peregrines go up 1-0.

The Peregrines offensive attack was spread out nicely thorough out the remainder of the match, thanks to sophomore setter Carley Bartolini (Portage, Ind./Chesterton) who finished the match with 33 assists to six different Peregrine attackers.

The Peregrines picked up their eighth-straight win over over the rival Redhawks, and keep a perfect 8-0 record since the program was reintroduced in 2010.

The Black and Gold return to action tomorrow night, as they kick off their first home match of the year against Indiana Kokomo. The matchup is set to begin at 6 p.m. CT at the Fitness and Recreation Center.