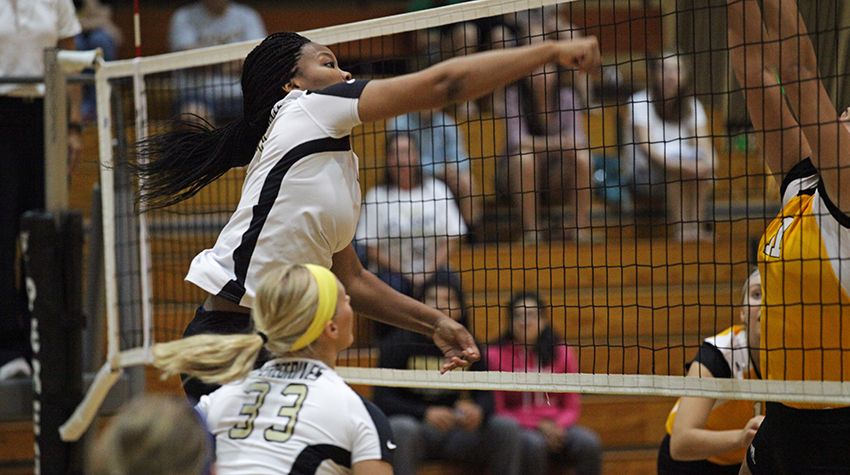 The Purdue University Calumet volleyball team stormed to its second conference victory of the season with a 3-0 sweep over crosstown rival Calumet College of St. Joseph at the Dennis and Leslie Rittenmeyer Center Thursday night.

“I liked our poise and energy tonight,” Head Coach Julie Wiejak said of the effort. “I thought our offense was very good. We worked on blocking all day at practice yesterday, and it showed in tonight’s match.”

For the Crimson Wave, Nicole Gill had six kills, Randi Story added 16 assists and Gill and Julyssa Saez each had 11 digs in the setback.

The Peregrines will be back in action this Saturday, when they host a tri-match with Indiana East and Governors State at the Fitness and Rec Center.

IU East and Governors State will face off at 1 p.m., followed by the Peregrines’ matches at 3 p.m. and 5 p.m.