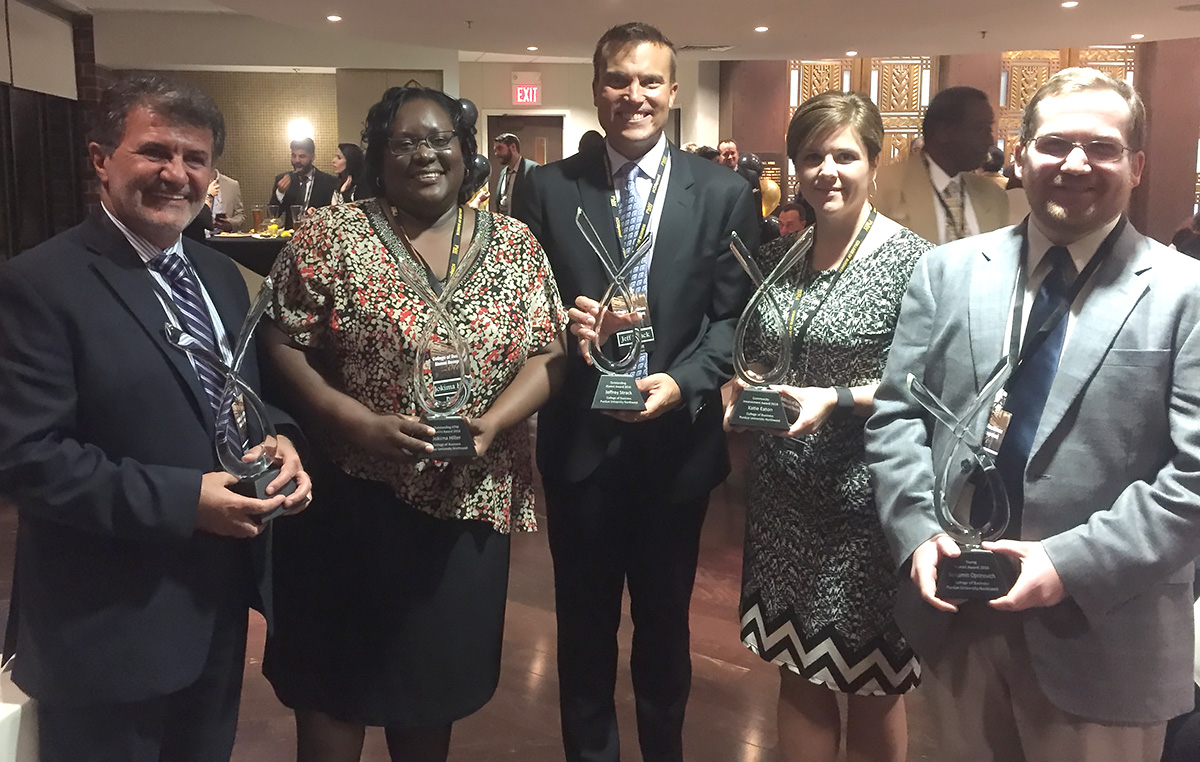 The Purdue University Northwest College of Business recently hosted an alumni reception and recognized five alumni for their outstanding professional accomplishments while raising more than $20,000 for student scholarships.

The awards and honorees are as follows:

Outstanding Alumni Award, presented to a graduate who has achieved significant, sustained career success for more than 10 years. Recipient - Jeff Strack, Chicago, President and CEO of Strack & Van Til

Young Alumni Award, presented to an individual who graduated within the past five years and has been notably successful in his/her career over a short period of time.
Recipient - Benjamin Oprinovich, Chesterton, IS Security Lead Analyst, Stryker

Anthony R. Gonzalez Scholarship Fund
A new scholarship has been established in honor of Anthony R. Gonzalez, who died shortly after receiving his degree from the Executive MBA program in 2012. He earned his undergraduate degree in History from the PNW Hammond campus in 2009.

Gonzalez’s classmates recently established the scholarship to recognize his dedication to education and to honor his belief that completing his MBA was a singular opportunity to optimize his chances for success in business.

Donations to the Anthony R. Gonzalez Scholarship Fund can be made by contacting the PNW Office of Advancement Operations at 219-989-2323 or by visiting the PNW online giving page at http://www.pnw.edu/giving/.