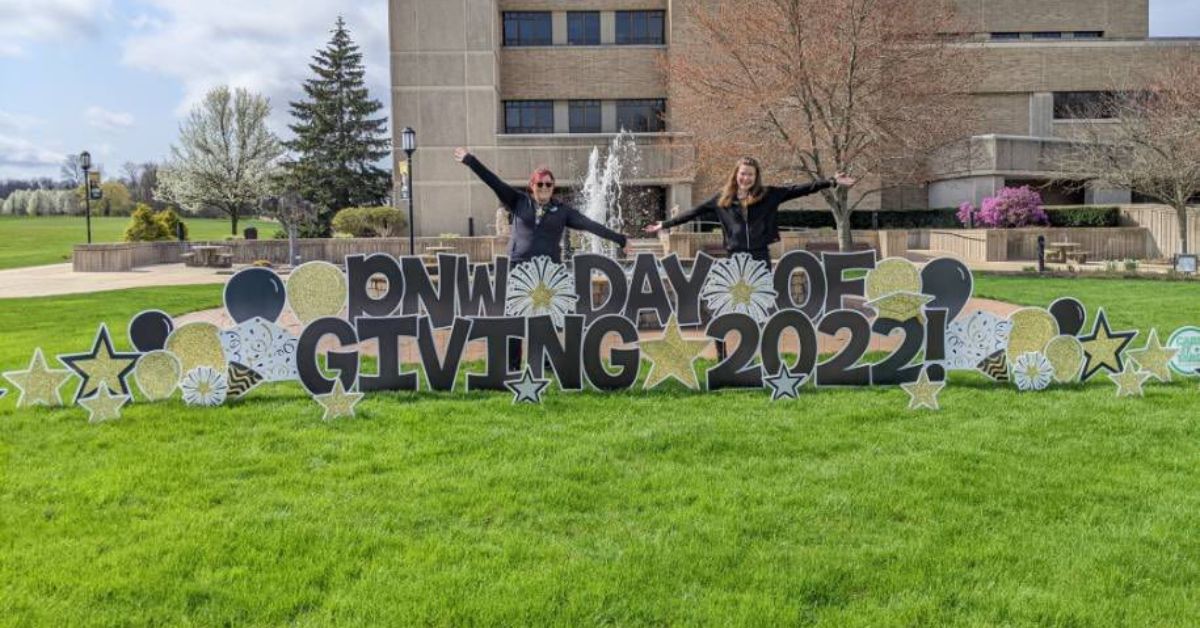 Purdue University Northwest (PNW) raised nearly $900,000 from more than 1,240 donations in 24 hours during its annual Day of Giving on April 27.

“PNW received an overwhelmingly positive response with generous gifts from all across our community to support PNW’s students, academic initiatives and mission,” said Lisa Goodnight, vice chancellor of Institutional Advancement at PNW. “Our sincerest gratitude goes out to all those who took the time to contribute a gift. During our  5.75 Roaring Ahead celebration, your support truly is special as it helps us Power Onward to our bright future.”

PNW ranked fourth among 73 participating units in the Purdue system for total gifts received. The university was in the top 20 of participating units system-wide in total dollars raised. These achievements awarded bonus money to PNW. Participation in PNW’s Day of Giving also increased by 51% from 2021, said Amy Hemingway, Development Operations Manager.

To learn more about making a gift to PNW, visit pnw.edu/giving.

PNW Pride Athletics’ student-athletes, families, coaches, administrative staff, alumni and friends rallied together on Day of Giving to earn the top spot among participating PNW units. Athletics raised nearly $230,000, or about 26% of total gifts. The unit tallied more than 750 gifts, or about 60% of total donations to PNW.

“It was a great effort by the student-athletes, coaches and administrative staff,” said Rick Costello, director of Athletics. “They went above and beyond. It was Athletics’ all-time high in number of gifts and amount raised. A big ‘thank you’ to the students, coaches, corporate champions, donors, alumni and fans that rallied around the Pride on Day of Giving.”

PNW’s Sinai Forum and College of Nursing were among the PNW units that also received generous gift totals on Day of Giving.