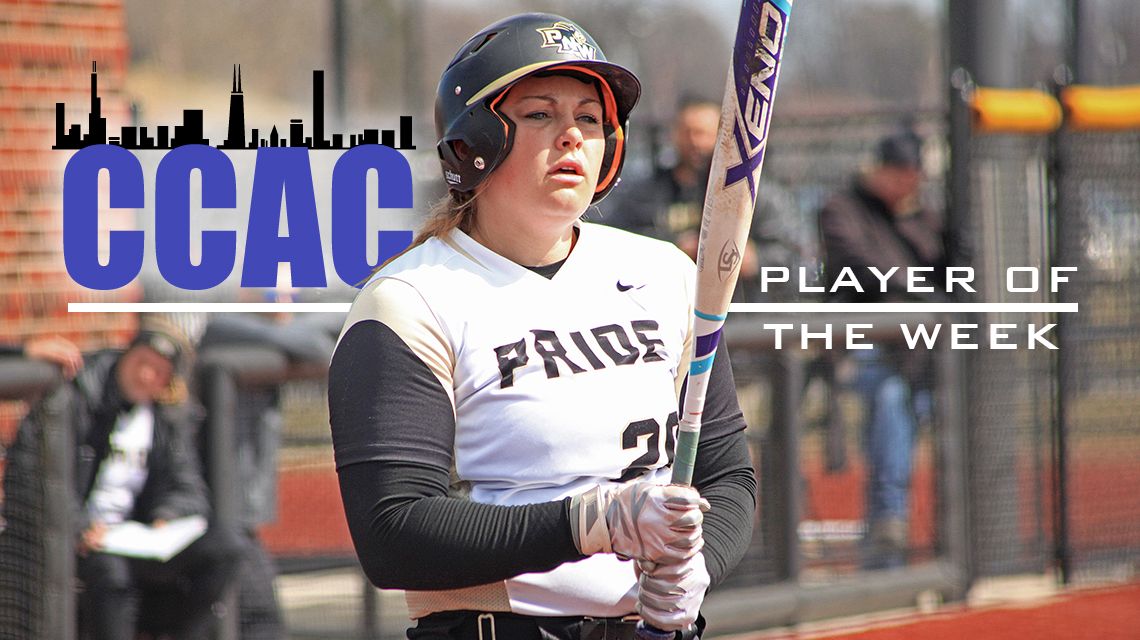 Pagan (Bartlett, Ill./Bartlett) hit a stellar .700 across four games last week for the Pride (11-14-1, 1-3 CCAC), totaling seven hits in 10 plate appearances and belted three of her four home runs of the year to record a 1.800 slugging percentage.

Two of those home runs came in the Pride’s first league victory of the year at Cardinal Stritch, as her first of the game gave PNW an early 1-0 lead and her second of the game broke a 5-all tie and led to an 8-6 victory.

She also drove in four runs and scored three times, plus added a triple.

The award marked the first in program history for the newly formed PNW softball program, which is playing in its first season after the unification of the Purdue Calumet and Purdue North Central programs last summer.