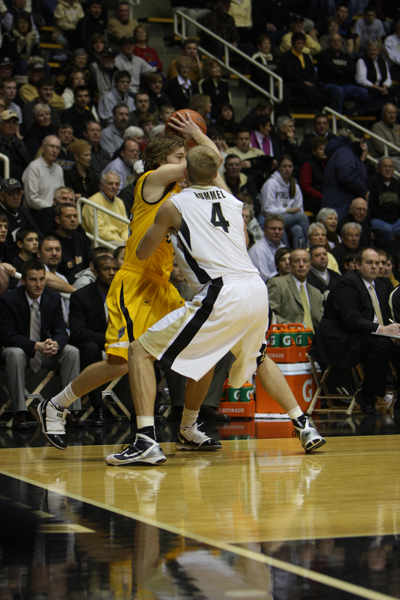 Robbie Hummel and E'Twaun Moore both scored 18 points, and No. 4 Purdue beat Minnesota 79-60 on Tuesday night to remain unbeaten.

Purdue led by seven points at halftime, then shot 65 percent after the break to pull away. The Boilermakers shot 52 percent overall to make up for committing 17 turnovers.

Purdue ran out to an 8-0 lead before the Gophers settled down. Minnesota responded with a 13-5 run to tie the score, then went ahead 23-20 on a three-point play by Carter.

Purdue reserve Ryne Smith made two 3-pointers to help the Boilermakers take a 29-24 lead and force a Minnesota timeout. It was a part of a 7-minute stretch during which the Boilermakers held the Gophers without a field goal.

For more of this article and other great Purdue stories, please visit PurdueSports.com.