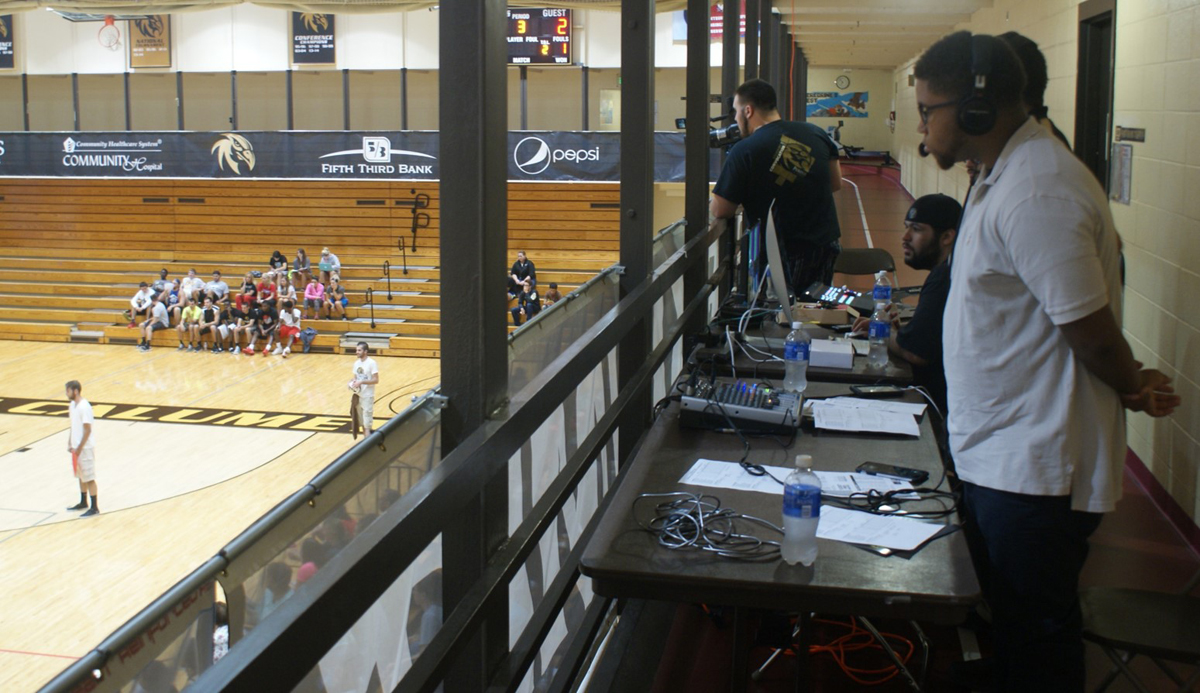 The sports broadcasting class will have a real-life aspect added to this semester’s curriculum as they prepare to produce four PUC sporting events live this Fall season.

Joe Wielosinski, a visiting lecturer instructing the sports broadcasting class, has partnered with the athletic department’s Nicole Watkins, the assistant athletic director for sports information, to have a student-ran live streaming for volleyball and men’s basketball.

Wielosinski, a PUC alumnus, said in the past students went to several games and recorded highlights with edited packages. This semester, the students will be responsible for putting together a live broadcast with more and better equipment.

The class will use Stretch Internet, a streaming video provider, to create the live events of PUC home games in high definition. Wielosinski said last semester, the technology was not available to make the live stream possible.

“I think it is going to help raise awareness for the communication department and the athletics department,” Wielosinski said.

Watkins said that there has always been a broadcast, but due to the lack of additional equipment they were not able to produce high definition material. She said that the school was able to obtain a technology grant because the project is revolved around the students.

“We are really excited to provide a better video product for our fans and family that are not able to attend,” Watkins said.

Watkins said that the main goal was always to get the students more involved. When first arriving to the school, Watkins was introduced to some of the broadcasting students from the communication and creative arts department. Since then, she knew the talent and interest was on campus to create the production. 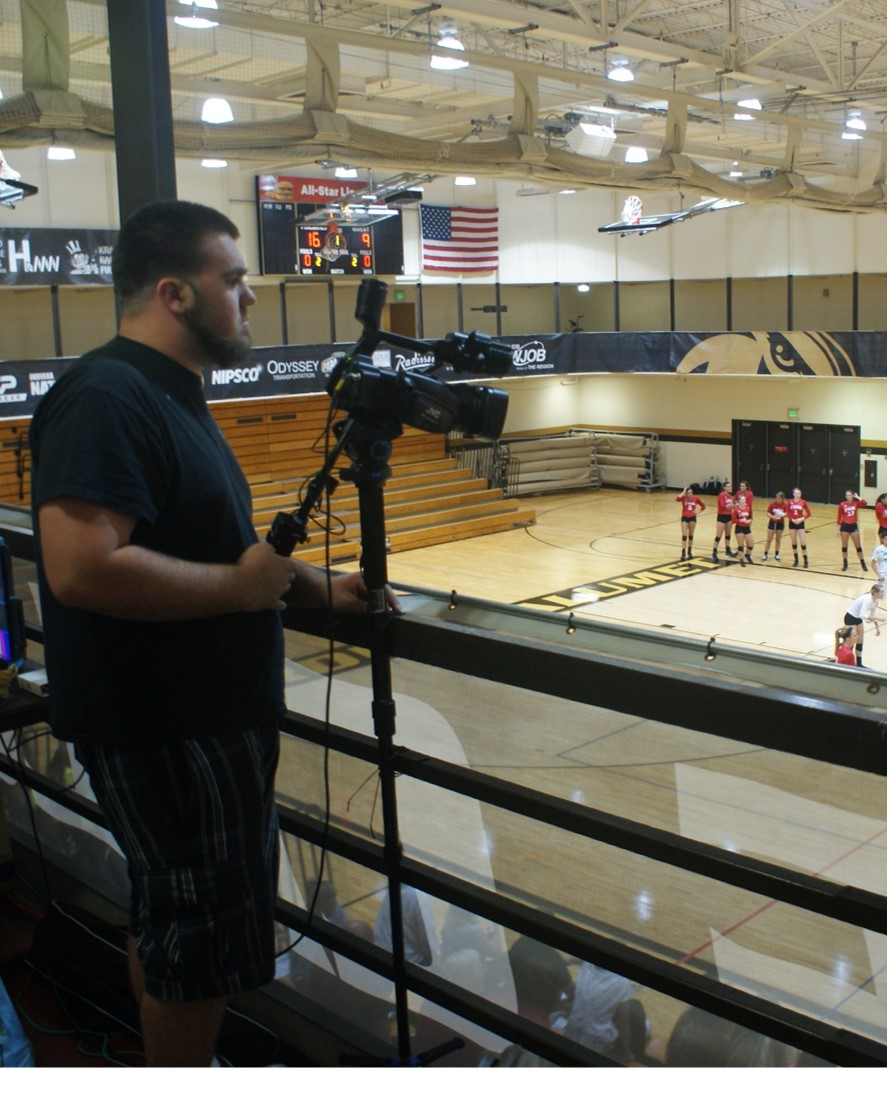 Watkins said that she knows there may be some bumps along the way because of it being the first time for the live broadcast, but the product will be better overall.

Ben Cowart, a senior who is a lab assistant and director of the sports broadcasting class, said he hopes to increase the number of games they broadcast throughout the year. He said the students will be collaborating with each other and Wielosinski to create jobs within the class.

Cowart said some of the jobs include working the camera, providing commentary and conducting live interviews. Cowart said that the class has already been to the gym to do a practice run. He said pre-production and practice will prepare them for the semester.

“This is the first time we’ve got to do anything live,” Cowart said. “Any mistakes will be broadcasted live, so we will have to do our best to not make any.”

Along with their pre-production meetings, Cowart said the class will have a practice run through this week at a home volleyball game.

“It’s exciting to actually do something on our own,” Cowart said. “It’s all about us getting real life experience.”

The sports broadcasting class will feature other projects throughout the semester including mini documentaries on athletes and the creation of an additional version of the Purdue Calumet Roundtable about athletics.

The first official live broadcast will be of a home volleyball game on Sept. 26 that will be featured through different links such as the Peregrine Sports Network on the home page of purduecalsports.com.