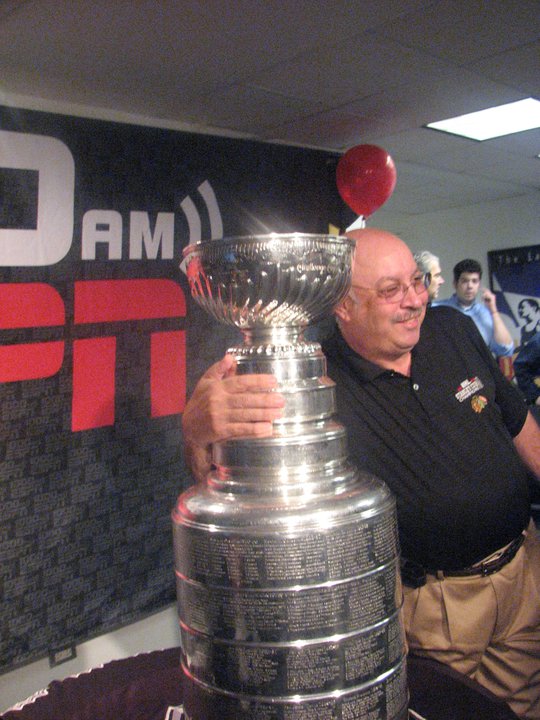 The Chicago White Sox will host the National Hockey League Stanley Cup Champion Chicago Blackhawks during "Blackhawks Night" at U.S. Cellular Field on Friday, August 27 (vs. the New York Yankees). The special night will feature the presence of the Stanley Cup, and the first 20,000 fans in attendance will receive a special miniature replica of the Cup trophy (limited number available).

Blackhawks Night at the ballpark also will include a special pregame party and on-field parade for Blackhawks season-ticket holders, in-game vignettes based around the Stanley Cup Champions, its history and players, a ceremonial first pitch from a member of the Hawks and special postgame fireworks show.

“The White Sox are honored to host the Stanley Cup Champion Chicago Blackhawks at U.S. Cellular Field for what promises to be an historic night on the South Side,” said Brooks Boyer, White Sox senior vice president of sales and marketing. “Blackhawks and White Sox championships now hold special places in the hearts of Chicago sports fans. We are thrilled to welcome our good friends to the ballpark as we pay tribute to their championship run.”

Through a crosss-promotion collaborated by both teams' sales and marketing departments, nearly 1,000 Blackhawks season-ticket holders already have purchased tickets to the late August game.

“It is with great pride that we will be bringing the Stanley Cup to U.S. Cellular Field to share with the White Sox during this great annual event,” said Blackhawks senior vice president of business operations Jay Blunk. “We thank the entire White Sox organization for hosting us again.”