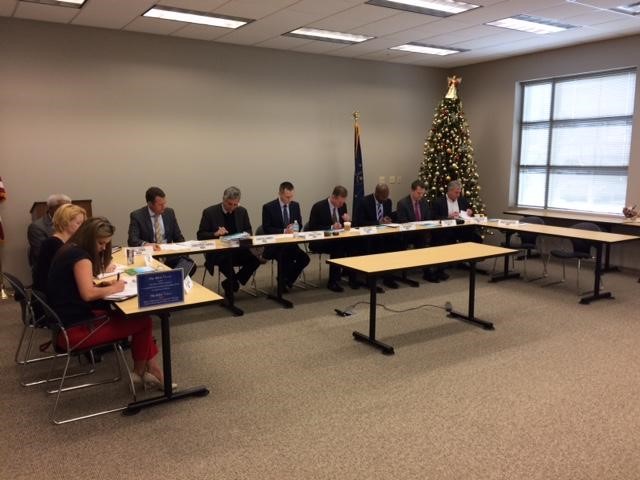 "Building the West Lake Corridor extension and double tracking the existing South Shore line from Gary to Michigan City will bring more people, more jobs, higher incomes and hundreds of millions of dollars of private investment to Northwest Indiana," said RDA President and CEO Bill Hanna. "The term 'game-changer' is overused, but in this case it's absolutely correct. This investment will make Northwest Indiana the first choice in suburban Chicago for new and existing residents, the first choice for businesses to start or expand, and the first choice for access to jobs, both in the region and in Chicago."

The CSP update was required by the General Assembly in the 2015 legislation that provided $180 million in state funds for the West Lake Corridor Extension. Copies of the new CSP are available at the RDA's Crown Point offices as well as online at in.gov/rda.

The Board also took action on two other commuter-related projects. First, the Board approved a $6.847 million matching grant to the city of Valparaiso for expansion of the ChicaGo Dash commuter bus service. The grant would fund demolition, site cleaning and construction of a new transit center in downtown Valparaiso. This facility would include a ticket office, waiting area, restrooms, convenience retail space, and a second floor operations office. The City hopes to complete the project by summer 2019.

Second, the Board approved the reallocation of a $4.5 million matching grant provided to the City of Gary in2015. The grant was originally approved as part of the City's federal TIGER grant application for transit oriented development at the South Shore station in Miller. Due to the competitiveness of the TIGER grant program, Gary was unsuccessful in obtaining an award. However, updating the Miller station and its surroundings is a core component of regional commuter rail expansion as outlined the updated CSP. Therefore the Board has reallocated the original grant to the project itself, contingent upon local and state matching funds being secured.

In other actions, the Board: