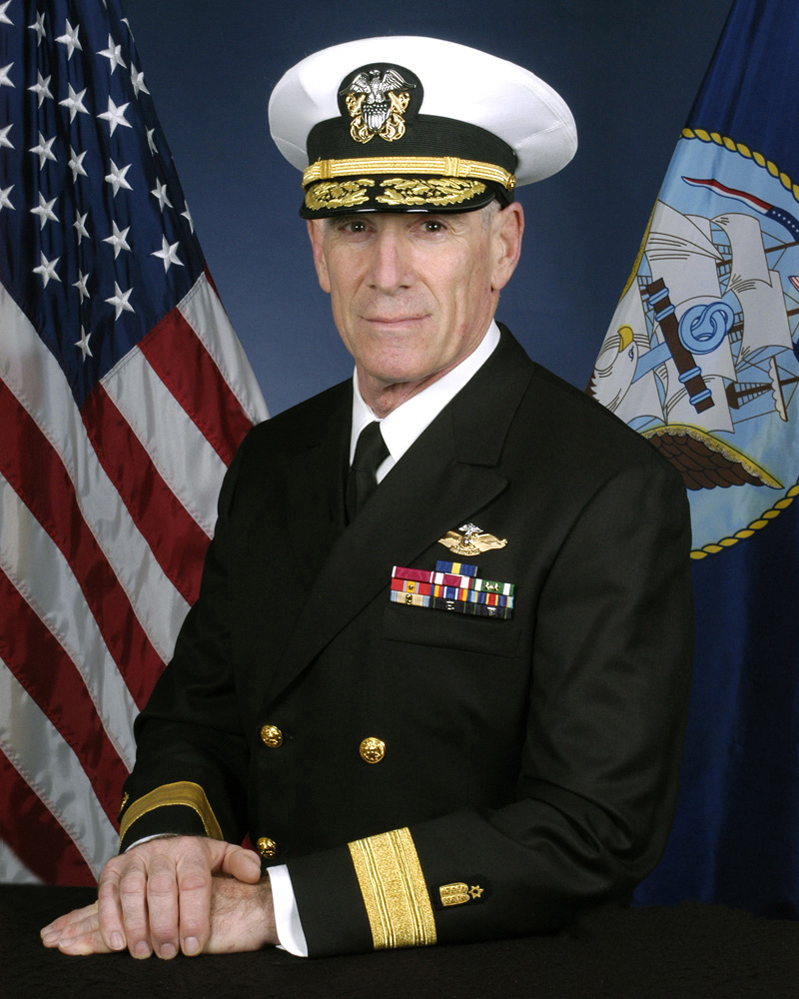 One of the highest-ranking members of the U. S. Navy, Rear Admiral Harold L. Robinson, will address the 38th annual meeting of the Indiana Jewish Historical Society Sunday October 25th at the Broadmoor Country Club in Indianapolis.   Rear Admiral Rabbi Harold L. Robinson who is also Chaplain Corps Deputy Chief of Chaplains for Reserve Matters, Director of Religious Programs, and Marine Force Reserve presentation is free to the public at 1:30 PM.  He will discuss “Jews in the United States Military, Past and Present.”  Reservations are required for a noon brunch for the society’s installation of new officers and the annual meeting.  The cost of the brunch is $20 per person.

Six-term IJHS President Trent D. Pendley of Furnessville will introduce his friend the keynote speaker.  Rear Admiral Robinson is a native of Boston who earned a Bachelor of Arts from Coe College in Cedar Rapids, Iowa, in 1968.  He earned a Bachelor of Hebrew Letters in 1972, a Master of Arts and ordination as a Rabbi in 1974 all from Hebrew Union College-Jewish Institute of Religion Cincinnati, Ohio. In 1999 the College Institute awarded him the degree of Doctor of Divinity, and in 2005 Coe College conferred the degree of Doctor of Humane Letters. He was Rabbi of Temple Israel of Gary, Indiana, (1974-1977), the Cape Cod Synagogue (1977-1998) and of B'nai Zion Congregation in Shreveport, La. (1998-2006) During this time, he has served on numerous boards and commissions, including 12 years on the Commission on Social Action of Reform Judaism, six years on the Resolutions Committee of Reform Judaism and four years on the Commission on Religious Living of Reform Judaism.  He currently serves as the Director of the Jewish Welfare Board-Jewish Chaplains Council.

Commissioned an Ensign in the U.S. Naval Reserve in 1971, Rear Adm. Robinson received a superseding commission as a Chaplain in 1975. His Reserve Component assignments have included Training Officer, Executive Officer and twice Commanding Officer of MAF Rel 101; and Regimental Chaplain, 25th Marine Regiment 4th Marine Division. He was assigned as Executive Officer and Commanding Officer of SUBLANT Rel 101, and as Force Chaplain, Iceland Defense Force. He served as the Group Chaplain for the 4th Force Service Support Group, USMC, and as Seabee National Chaplain.

In 2000 he was assigned to the Chief of Naval Chaplains Office as Special Assistant for Reserve Manpower. His Flag assignment is: Deputy Chief of Chaplains for Reserve Matters and Director of Religious Programs, Marine Force Reserve.

For reservations contact the Indiana Jewish Historical Society offices in Fort Wayne,  260.459-6862 or via email Indiana.jhs@verizon.net