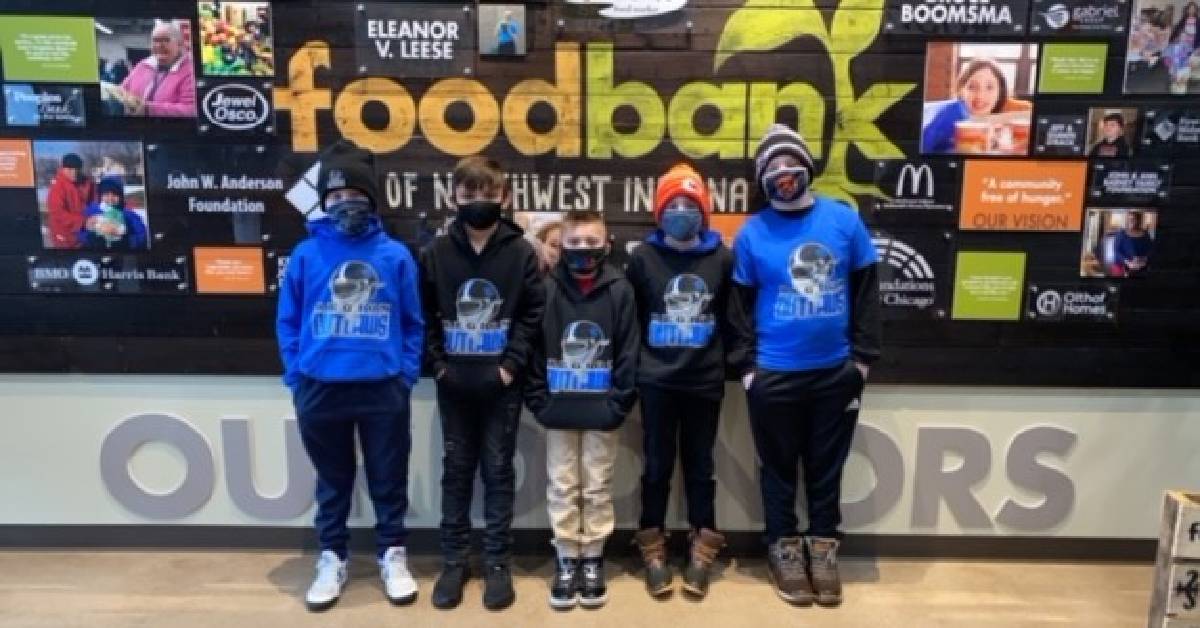 The team members at Benjamin F. Edwards & Co. are all invested in finding new and creative ways to serve the community outside of their working hours. Jennifer Espinoza, Operations Manager for the Chesterton financial advisement firm, is leading the charge in that respect. Last year, she co-founded the Region Outlaws – a youth flag and tackle football club with a focus on community service and building character both on and off the field.

Espinoza, a mother to three sons and a stepmother to two more, understands the impact that youth sports can have on kids. On the surface, they are a fun way for kids to spend some time in light competition – and maybe prepare them for more competitive sports later on in life. But beneath that, they can play a critical role in building character through teamwork, leadership, and diligence. Espinoza appreciated the clubs in the area but found that none were carrying those character-building experiences off the field quite as much as she would have liked. So, she decided to make one herself, with the help of several other parents.

“Not only are sports fun and important to our family, but so are nonprofits, volunteerism, and community involvement,” she said. “With the Region Outlaws, we wanted to create a football organization where kids could come out, have fun, and learn the fundamentals but also volunteer in the community. As a team, they can learn what it means to give back to the community. It’s a lot more than just trying to win games and championships.”

The Outlaws compete in the Northern Indiana Youth Football League, and membership is open to all Northwest Indiana children aged five to 12. Five and six-year-olds play flag, seven and eight-year-olds play on a half field, while kids nine and up play on the full field.

“For a kid to take off and run 70 yards is a lot,” Espinoza said. “When they hit that end zone, they’re excited, but just about ready to pass out. That’s why the younger ones play on a half field.”

The Outlaws’ season kicks off in August, but the teams are already coming together, and the members have already started volunteering in the community.

“We already spent one Saturday morning at the Northwest Indiana Food Bank in Merrillville,” Espinoza said. “On Earth Day, we took the kids over to Woodland Park in Portage where we picked up weeds and cleaned up the flowerbeds. We’re already planning on doing park cleanups over in Lake Station after we chatted with Mayor Bill Carroll. Anything we can get our hands on, we’re excited to try.”

Espinoza is excited about having the Outlaws help out in many different cities and towns across the Region.

“In our area, sports are typically per town, where you have a Portage team, a Chesterton team, and so on,” she said. “We really want to be a ‘Region’ team. It’s about thinking larger scale. Not just helping your neighbor, but even someone one or two towns over. That’s why anyone from any town is welcome to come play with us.”

The Outlaws’ home field is River Forest High School, and they will be hosting a walk-in registration event on Saturday, May 15 at the Lake Station Senior Center at Columbus Park from 2 p.m to 5 p.m.

“We really appreciate every kid that walks in,” Espinoza said. “Every time they come in and we start telling them what we’re all about, we see them getting excited. Seeing those expressions is like Christmas every time.”

To keep up with the latest on the Region Outlaws, find them on Facebook at https://www.facebook.com/Regionoutlaws.