Green Sense Farms is a regional farming business that is innovating the way we think of farming in Northwest Indiana and beyond. Started in Portage, Indiana, they made their first shipment to Whole Foods Midwest distribution center in March of 2014, at a time when it was -20 degrees outside. As you can imagine, this allows them to fill quite a profitable and eco-friendly niche in the agriculture market, as they are able to supply local grocery stores with fresh produce year-round.

Robert Colangelo, Founding Farmer and CEO of Green Sense Farms, is no stranger to the enivronmental world or agriculture, having worked previously for Argonne National Laboratory where he tested the affects of acid rain on different crops and a variety of other environmental businesses. Prior to vertical farming, Colangelo also was also involved in brownfield redevelopment, which takes contaminated properties and cleans them up, making the surrounding land more economically viable.

"I consider myself an environmental entrepreneur. [Vertical farming] is a new trend and everyone is talking about eating locally sourced foods that are pesticide free and I thought this was a great field to get into. I did the research and saw that the tech was robust and scalable and went about building our first farm in Portage, Indiana," said Colangelo.

The leafy greens they grow are harvested from stacking vertical towers that allow them to maximize their indoor space and take advantage of a greater yield. Green Sense has quite a high-tech facility, using automated computer controls to provide the plants with precise levels of lighting, nutrients, water, temperature, and humidity to ensure the plants grow to their maximum potential.

As to why Portage was chosen for their first location, its central positioning and welcoming community were the top reasons.

"When we first started, Whole Foods has their Midwest Distribution Center in Munster and we knew we wanted to be close to the customer. Our model is to stay around 20 minutes away from the customer, whether that is a distribution center, hospital, college campus or military base," said Coalngelo. 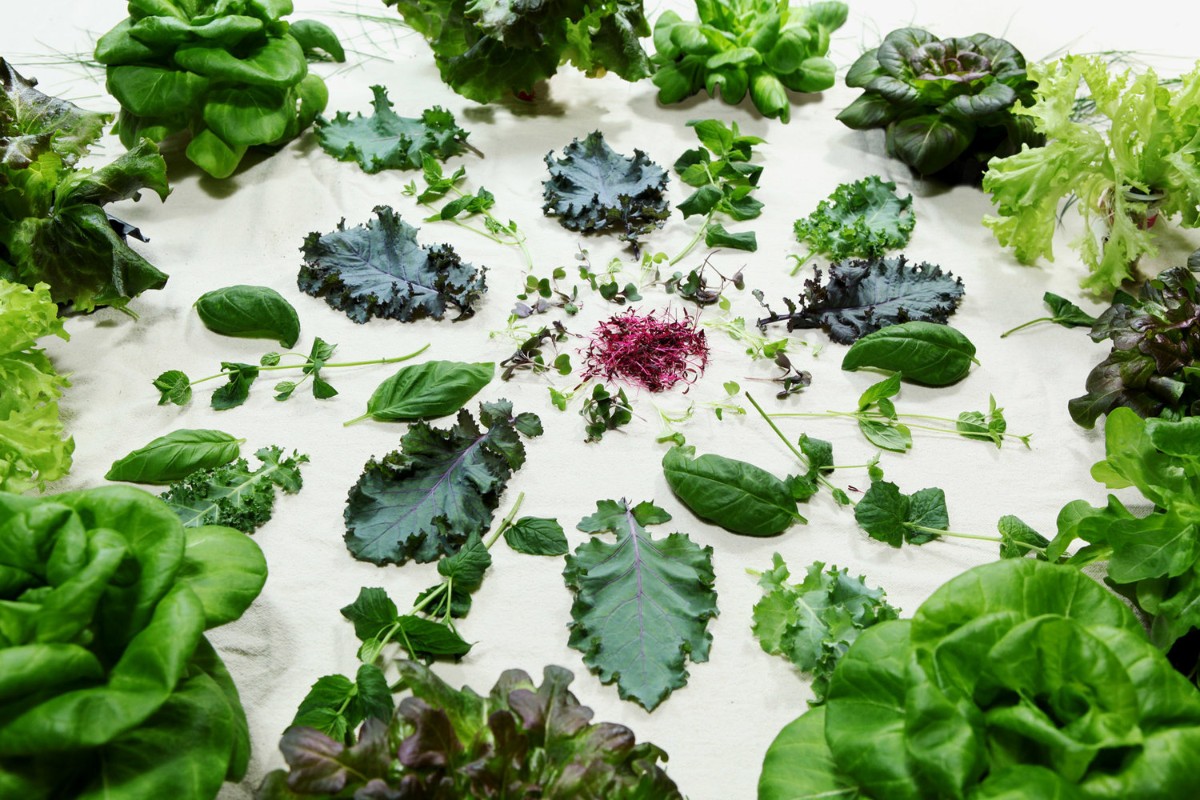 Colangelo is originally from the Chicago suburbs, but is happy to be living and operating out of Northwest Indiana.

"I'm happy to be a transplant and a Hoosier. I moved here when we first started our farm in Portage and found the business climate and community has been very welcoming. We're in expansion mode and we're doing a capital campaign to raise funds to build out our farm network and we've had trememndous amount of interest and support from the community and are very happy to be here at the crossroads of the country where 80% of the country is in a 24 hour drive," Colangelo explained.

Not only innovative, Green Sense Farms is also dedicated to being eco-friendly, and is always working on new ways to increase energy efficiency, reduce greenhouse gas emissions, and minimize waste. Being so close to the businesses they serve reduces their ecological footprint by lessening the travel distance of their distribution, which also ensures a fresher product for the consumer. Green Sense designs, builds, and operates their farms in the USA and licenses their technology to third parties outside of the country. Building this network of locations around the country ensures that many communities around the nation have access to locally grown leafy greens.

"Our mantra is, 'Reduce, Reuse, Recycle,' and our vision is zero net energy use, to be less reliant on the grid, and have zero waste. We already recycle 99% of our nutrient water, and are hoping to bring that to zero waste," said Colangelo.

Some of the crops they produce include lettuces, herbs, micro greens, and baby greens with a variety of produce in each category. Though they are headquartered in Portage, they also have a facility in far-flung Shenzen, China and are constructing another in South Bend, Indiana with at least eight proposed locations in the US and Europe. Green Sense also presells their harvest before building a new facility to ensure a viable market, which is the case in their South Bend farm and their upcoming project in Las Vegas, Nevada where a local casino has already purchased the local harvest to come. The facility in South Bend is even partnering with Indiana University South Bend to create a course, The Art of Sustainability, which will educate students more on the process of farming and about the environmental impacts that go along for the ride and how to reduce those. The work they do will also be transformed into a mural that will be featured at the farms.

Green Sense Farms also has a nationally syndicated show called the Green Sense Radio Show which is recorded live from their farm and features entrepreneurs, innovators, and academics which is heard by millions across the country on radio and in podcast format.

As with any emerging businesses, there have been challenges along the way, but Colangelo has an adaptable outlook that has helped him succeed.

"This industry is a 'fast to fail, quick to pivot,' one so you have to recognize quickly when something doesn't work. I see farming stratifying in the upcoming years. If you look at cars, 25 years ago almost all cars ran on gas, now we have pure electric and hybrids. One hundred years ago, all farming was in a field, then we had greenhouses, and now I see vertical farms as a way of further stratifying that market," explained Colangelo.

To learn more you can visit Green Sense Farms Here