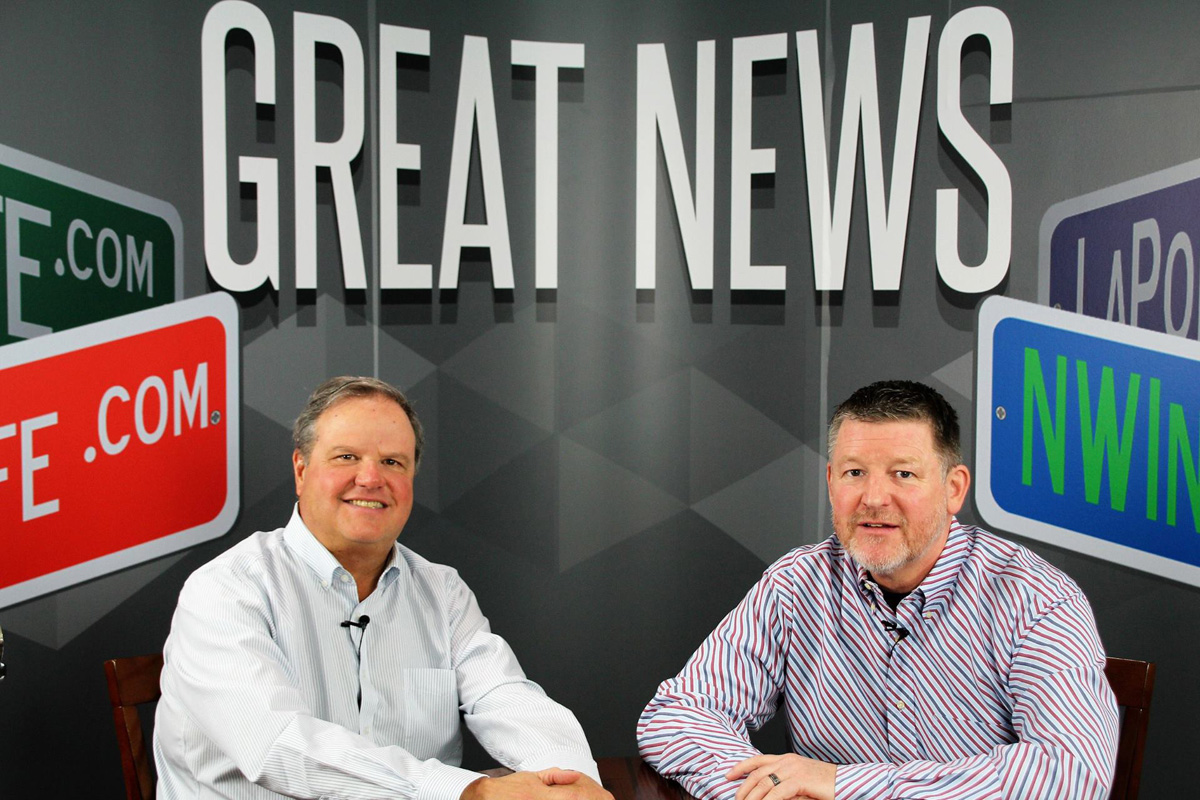 Good began the discussion by discussing the similarities between business and politics. He cited his business insight for his confidence to pursue the Porter County Commissioner's Office.

"When I ran for office three years ago, one of the main reasons I got into this was because I felt that it would be like doing what I had done every day for the last 22 years," Good continued, "I run an enterprise of hotels, close to 30 properties in 6 six different states, and one thing I feel confident on is that I have a pretty good handle on systems, procedures, policy, and checks and balances. With local government, we’re basically operating under that same enterprise [mindset]."

Good then continued to elaborate on the similarities between local government and his business endeavors.

"What got me into the race was that I just felt there was a lot of need for improvement. I felt the leadership wasn't really focusing on those business-minded aspects. So, that was sort of what got my juices flowing and trying to say, ‘Hey, I have a learned ability here that I think I could apply to my community to help push Porter County further.’ "

Using his business mindset, Good set to work. His focus was not on implementing good practices for the time in which he will be in office, but to put systems in place that could continue to positively impact the county 10-15 years from now. Good also discussed some examples of government doing this, beginning with the newly restored Memorial Opera House in Valparaiso.

"I would give a lot of the credit on the successful Memorial Opera House project to Commissioner Blaney, who is very passionate about it. I've become more passionate about it because of her. I think where we were at with the Opera House, maybe three years ago, to where we are now has been an outstanding transformation."

"Our goal for this project was to make this venue more viable and more relevant, but in the same breath it needed some money invested into it and that was hard to do when we were continually running in deficit. About two years ago, the council was gracious enough to give us an additional $50,000. They basically said no more after that. "

"Since then, we have the new room upstairs at the Opera House that’s sort of a fun room for groups. When we originally looked at this old room, we realized that we had potential for a new revenue source. There was a lot of work to get done before we could get it there, though. For example, the air conditioner in that room was 25 years old, so we had to fix it if we were going to rent that out. We need these people to have a good experience because it’s all related to getting people to come back, or invest some money. That’s where the hospitality side of me comes out, because if you’re going to do this, you better do it right."

Now that the project is complete and early results are overwhelmingly favorable, Good reflected on the accomplishment of not only restoring a historical landmark, but demonstrating to the county that they can accomplish revitalizing projects like this under budget.

"The Opera House is such a treasure, and we’re responsible for maintaining that treasure for the county. That’s how I look at it. I love historical buildings, but I think at the end of the day, the best take away that we had this year was that this was the first time at the end of the year we had quite a bit of money in the bank afterwards. We’re already delivering things at a higher level of expectation for our consumers and our guests coming there. We’re also storing a little money away for similar projects too."

Good then focused on upcoming projects and other endeavors that are nearing completion like the Porter County Animal Shelter.

"Having an animal shelter in Porter County is not required, it’s not in your tax levee. We're not statutorily required to have an animal shelter, but once again Porter County is stepping up and saying we’re going to provide this service to the county. All we want is a little bit of subsidy from the communities to help us offset the cost of this. We’re not making any money on it, we’re just trying to say, 'we’ll take the lead.' "

"The really neat thing about the process was that we went through a whole new design system. It was sort of a lengthy process, but we basically designed this building through a design-build process with the input of the commissioners' council, stakeholders, vets, and other people that knew the type of things that they wanted in this building. So, the building ended up being a collaboration of people in the community, elected officials, and contributors. It also looks like they’ve hit a home run and that we’re going to come in under budget. It appears we’ll deliver it a month and a half early. And the facility is impeccable."

Good continued to discuss the new Porter County Animal Shelter and what the facility will offer the county, "We think we’ve put a program together that will really help our community. We’ve got a surgery center in there, we have new cat rooms, we also have a quarantine area, a non-quarantine area, we’re going to have an aggressive spay and neuter program, and it’s all really just the beginning."

Good commented that continually coming under budget on these projects will be a concrete fact to present when pitching the next big idea for the county. He went on to discuss a reinvesting project the county is looking to zero in on: the Porter County Expo Center.

"That's a facility we're absolutely looking into reinvesting in. This was also the first year the Expo Center ended up collecting extra money. We feel that if we put an additional investment in the Expo Center, we can pick up another 40 to 50 weddings again. We can be a moderate priced opportunity venue for the citizens of Porter County to hold more events. If we commit to fixing up that place, we’ll be able to reach out even further within the county, by maybe having regional and businesses  functions there, which only help our bottom line."

To watch or listen to the whole interview click below!