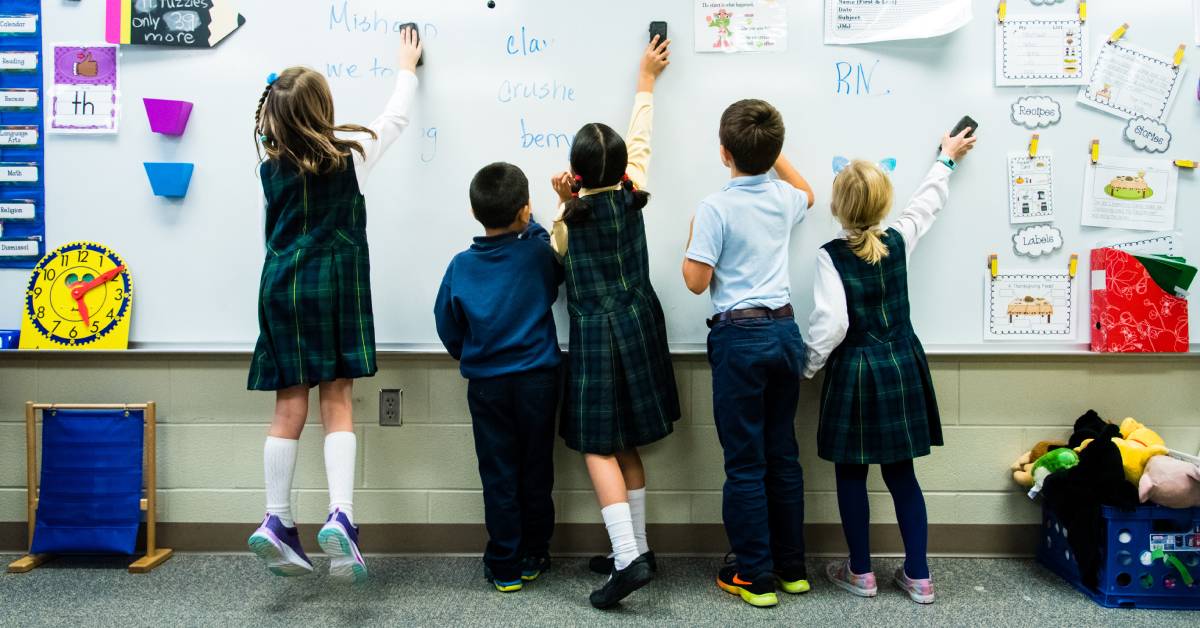 For more than 150 years, Saint Paul Catholic School has served as an integral part of the Valparaiso community. With a 4-star school designation earned by the State of Indiana, students are given the education, tools, and qualities needed to become academic champions, leaders and, perhaps most importantly, good neighbors. Instilling a faith-based foundation of learning, Saint Paul Catholic School places a special emphasis technology, creativity, and compassion.

While the school has stood the testament of time as a cornerstone of the community, administrators and educators are especially excited for Saint Paul Catholic School’s current movement. With new leadership under Principal Gina Wagenblast and an exciting relaunch of events, the school is looking toward its future now more than ever. Catholic Schools Week begins on January 26, and the Saint Paul family is looking forward to reintroducing itself to families throughout the area.

One of the things that first drew Wagenblast to Saint Paul Catholic School was its connection to Valparaiso—that, and its faith-based approach to learning. A graduate of Valparaiso University and a lifelong Catholic, Wagenblast served for 17 years as first a teacher and then a public school principal before finding her way to Saint Paul last year.

“I was born and raised Catholic, and so my faith always been important to me,” she said. “As my kids were getting older, I knew I wanted to serve in a different capacity, to serve and educate through my faith and to reach into the community through that lens.”

Since becoming principal at Saint Paul Catholic School, Wagenblast has been moved again and again by the closeness of the school community.

“One of the things that strikes me is how everyone knows everyone’s name. It’s the level of concern and consideration I’ve been shown and have seen shown to others, one that’s genuine and not just for image’s sake,” she said. “There’s the old mantra ‘it takes a village,’ and that spirit is very much embraced here.”

That intimacy reflects most beneficially on the students themselves.

“I’ve been able to really get to know the kids on a different level, and to play a more important role in their lives,” Wagenblast said. “It’s become one of the things that I cherish most.”

With an average classroom size of 25 students per class, students at Saint Paul Catholic School are able to focus on human learning experiences in addition to academic ones. Prized programs like Family Fridays and newer ones like The Leader in Me allow students to develop leadership skills and interact with one another in team centered situations. During the monthly Family Fridays, students are designated into different groups composed of children from each grade and are assigned group activities and service projects. Facilitated by an adult staff member, an eighth grade “parent” leads each family. The goal is to foster mentoring skills, cooperation, and cross-grade level friendships.

“Family Fridays also give students a chance to demonstrate accountability for themselves and ownership of their education,” Wagenblast said. “Such opportunities have developed grit, perspective, and determination beyond the daily level of learning. Eighth graders become particularly confident with the other grades—they leave here confident and able to communicate, no matter where they go on to high school.”

Students are also granted ample opportunities to practice acts of service. From their holiday Families Feeding Families food drives to fundraising projects tied to Saint Paul Catholic parish and beyond, the young hearts and minds play an active role in act of giving back.

“Students and their families don’t just donate and move on—they’re building empathy through these instances and are engaging with them in a more lasting way,” Wagenblast said.

Among the many improvements Saint Paul Catholic School has committed itself to achieving, the use of innovative and state-of-the-art technology proves to be one of the most successful implementations. The middle school students now use a 1:1 technology model with an emphasis on project-based learning. School-wide, a digital literacy curriculum has been instilled. A new robotics team gives students an additional outlet to nurture those skills.

“We think it’s imperative our students become literate in technology,” Wagenblast said. “But we want to use technology to enhance learning, not to replace teachers or act as a babysitter or distraction. We want it to enrich their experience and prepare them for the future.”

Throughout any and all initiatives, parents can play a role in their children’s learning process, too. Highly family-focused, parents have the opportunity to be very involved in the students’ lives, building an education partnership with the team at Saint Paul Catholic School. And, renewing its focus on inclusivity, Saint Paul Catholic School opens its arms to families of all backgrounds and children of all abilities.

“Financial assistance is always available, and even with our smaller class sizes, we have the resources to devote time to working with students, regardless of their level of ability,” Wagenblast said.

One way the larger community can become familiarized with Saint Paul Catholic School is by attending one of their many events, which are open to people of all faiths and backgrounds. Celebrations like their Oktoberfest, Easter Egg hunt, and their relaunched golf outing provide just a few opportunities. Closest on the horizon is Catholic Schools Week, which begins with a special Mass on Sunday, January 26, followed by an open house at 11:00 a.m. and another on Thursday at January 30 at 6:00 p.m.

If there has ever been the misconception that Saint Paul Catholic School is not open to all families—whether it’s based on their financial background or their faith journey—Wagenblast and her team want to dismiss it. Families are encouraged to attend the open house or schedule a tour. This might just be the best year yet to become a part of the Saint Paul Catholic School community. 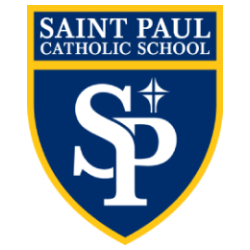