“Managers can be bosses, or they can be coaches. You have team players that are after the common goal. Your job as a coach is to make sure that they get there.”

These are the words of John Kabzinski, the new General Manager of Sauers Ford and Lincoln of Michigan City. His leadership skills promise to take the dealership to the next level in both customer and employee satisfaction.

“The whole point of this,” Kabzinski said, “is it’s a relationship business. Too many dealerships have given people a bad taste for buying. Where I go, we try to make transparency. There are no secrets. We try to make it the best buying experience they ever had.”

It is like everyone says: You never forget your first car.

For Kabzinski, it was a 1965 Ford Mustang Fastback with yellow paint and a 289 engine. It gave him independence, he said.

“People love Fords,” he added. “Fords were one of the first vehicles that were ever made. It’s an icon in the United States.”

The F150 has been the nation’s top selling truck for years. Ford has a reputation for tough cars and loyal customers, and has the highest rate of loyalty of any brand. It is like Kabzinski said, the industry is all about relationships. They are determined to give each customer the best buying experience possible, and it shows. 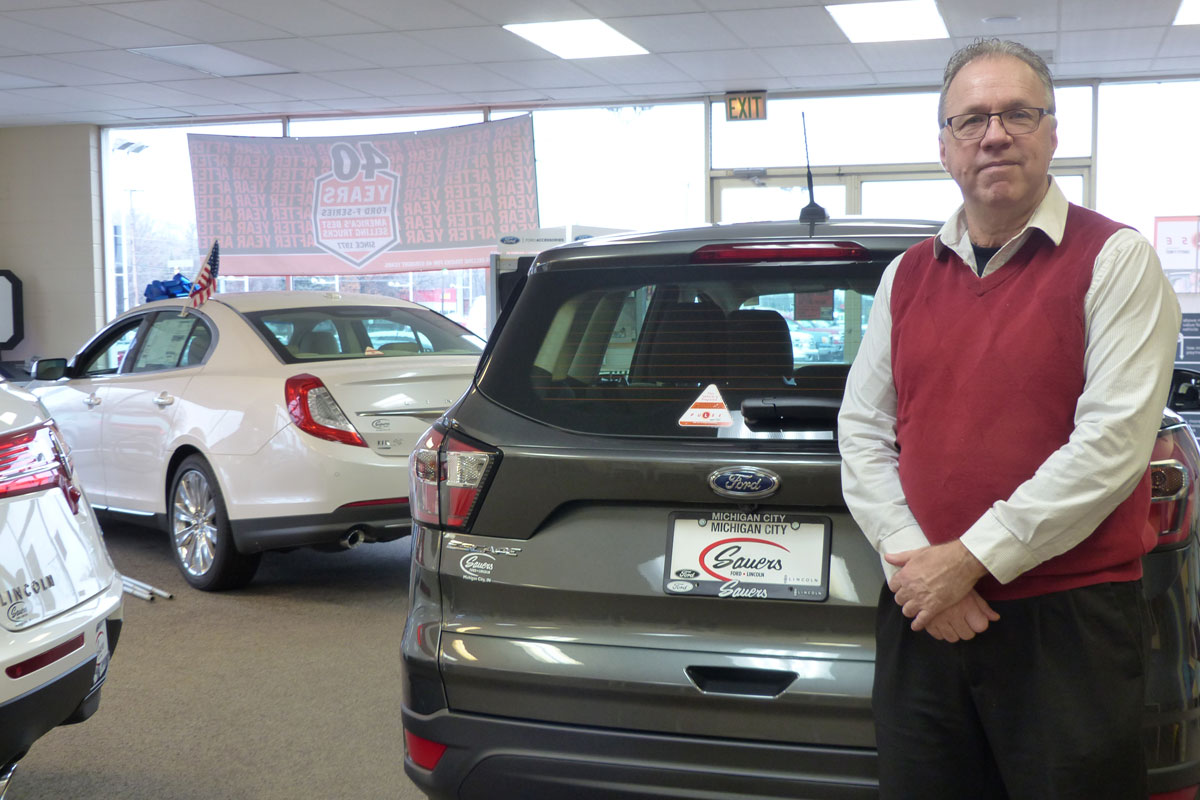 Kabzinski treats his team as well as his customers. Each morning he greets staff members on the way to his office, asking about their families, their children, and their dreams. Part of being a good boss is similar to that of a good coach: having the interest of knowing his teams’ goals and helping achieve them.

The 32 years of sales experience and 12 in management have taught Kabzinski how to be an aggressive, yet empathetic leader. He has worked at dealerships all over the Midwest. Sales is in his blood; the ability to touch another person’s life and bring a smile to their face comes from his heart. Kabzinski is from South Bend and moved to Granger, Indiana with his family. He attended Indiana University Bloomington and is passionate about his church and volunteering in the community.

“I have two sons and a daughter,” he said. “They’re the most important thing in my life. The car business has afforded me to give them a pretty good life.”

That is a gift that Kabzinski can repay in kind. He chose Sauers because he knew he could make a difference.

“My expectations are so high, that until the place is running like a well-oiled machine, I won’t be happy. From a coach’s standpoint, when everyone is doing well, and their life is better because of what we do here, then my goals will be fulfilled.”