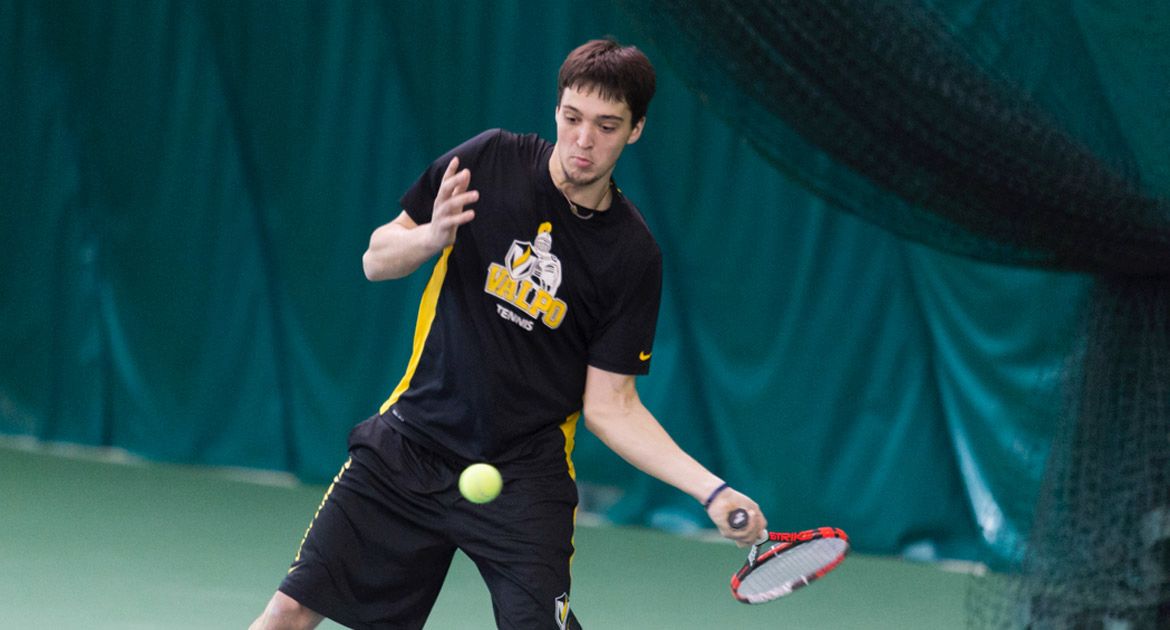 Sophomore Jeffrey Schorsch (Perrysburg, Ohio/Perrysburg) was announced as the Horizon League's Co-Player of the Week per the league office Tuesday.

Schorsch picked up straight-set wins in all three of his matches last week. Furthermore, he and Charlie Emhardt (Carmel, Ind./Carmel) recorded three commanding victories at No. 1 doubles.

Against Coe College's Riley Galbraith on Saturday, Schorsch raced out to a 6-2 first-set lead. Galbraith subsequently had to retire after he fell behind 1-0 in the second set. In doubles play, Schorsch and Emhardt posted a 6-1 triumph versus the Kohawks.

In the evening portion of the Saturday doubleheader, Valpo registered a 7-0 win versus St. Thomas Aquinas College (NY). Schorsch beat Javier Munoz-Laguna, 6-2, 6-0, at No. 1 singles. The straight-set victory was preceded by a dominant 6-1 win at No. 1 doubles.

Schorsch put the finishing touches on an excellent week with a decisive 6-3, 6-2 victory against Quinnipiac's Jonas Kuwert. Schorsch and Emhardt opened the day with a 6-3 win versus Kuwert/Julian Rozenstein.

Valpo is in the midst of its spring trip in Orlando, Florida. The Crusaders are scheduled to face Miami (FL) Tuesday morning before taking on Wheaton College in the afternoon.