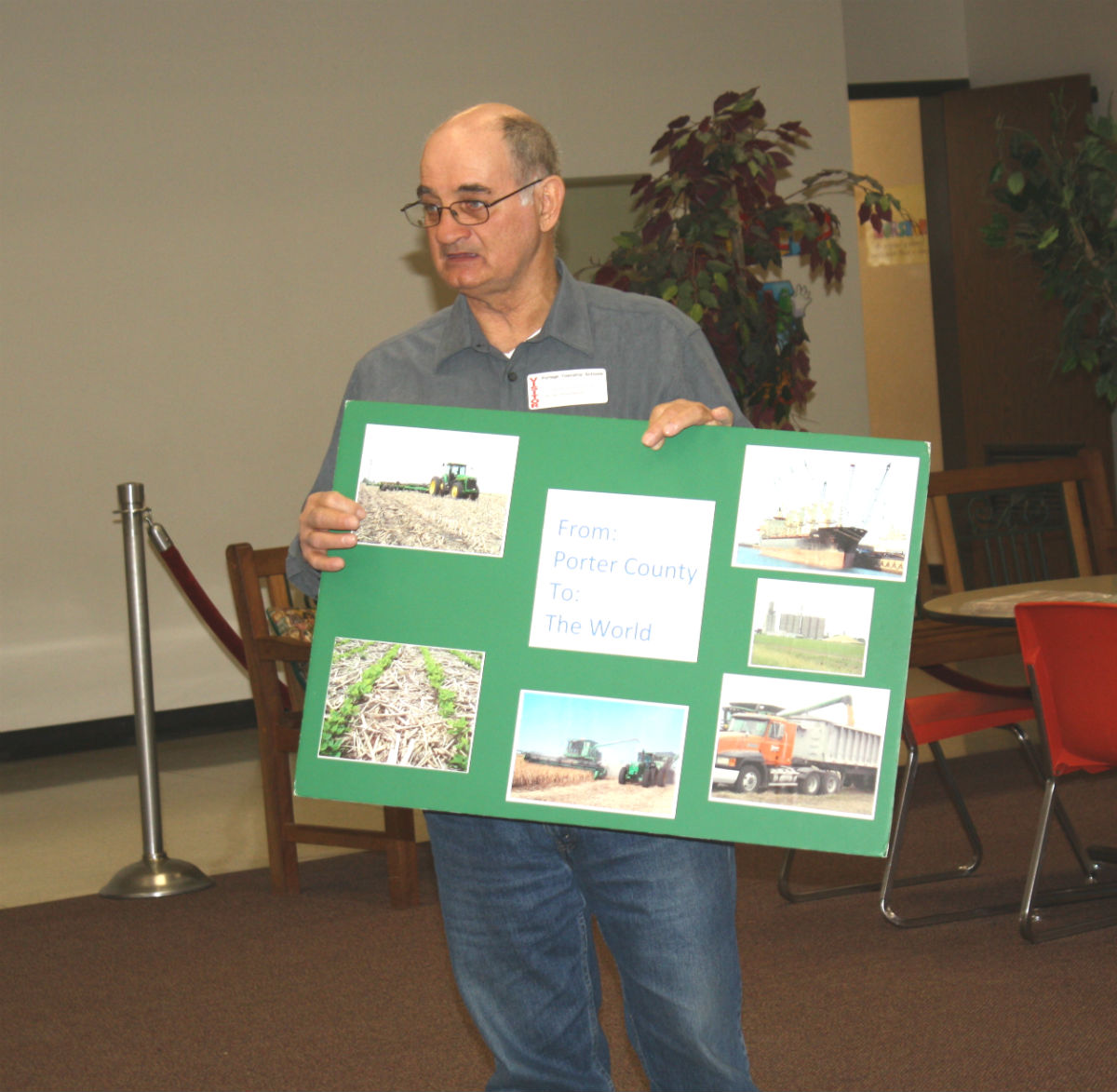 More than 900 Porter County second graders are learning a little more about farming by participating in the program, “Sow, Grow and Know”, developed by the Porter County Soil & Water Conservation District (SWCD)

“About four years ago we decided that if we as farmers don’t make the effort to teach the kids about farming, who will?” said Jim Lambert, Porter County SWCD Chairman.

In their first assignment, students were organized in teams to create sundae dish terrariums to plant Porter County’s top two crops, corn and soybeans. Working as scientists the kids recorded their predictions as to which seed would germinate first and how many days it would take to sprout. Some groups estimated that it would take from 20 to 90 days for the seeds to germinate. “I think the kids were more than just a little surprised when they watched the seeds sprout in much less time,” observed Keith Gustafson, SWCD Board Member. The children were also reminded to observe their terrariums regularly to look for signs of the water cycle, such as, condensation, precipitation and evaporation. Following up on the planting project students compared two types of cocoa, one of which contained a soy by-product, which allowed it to mix more completely and smoothly with water. Both of the team activities were designed to link with the Indiana Academic Standards for second grade.

At the conclusion of the program, students were given the opportunity to ask the farmers questions. As a reminder of their participation in the program each teacher was a given a bag of school supplies with enough pencils, erasers, bookmarks and soybean crayons for each student. All of the supplies needed for the program were provided by a grant through Cargill, Inc.