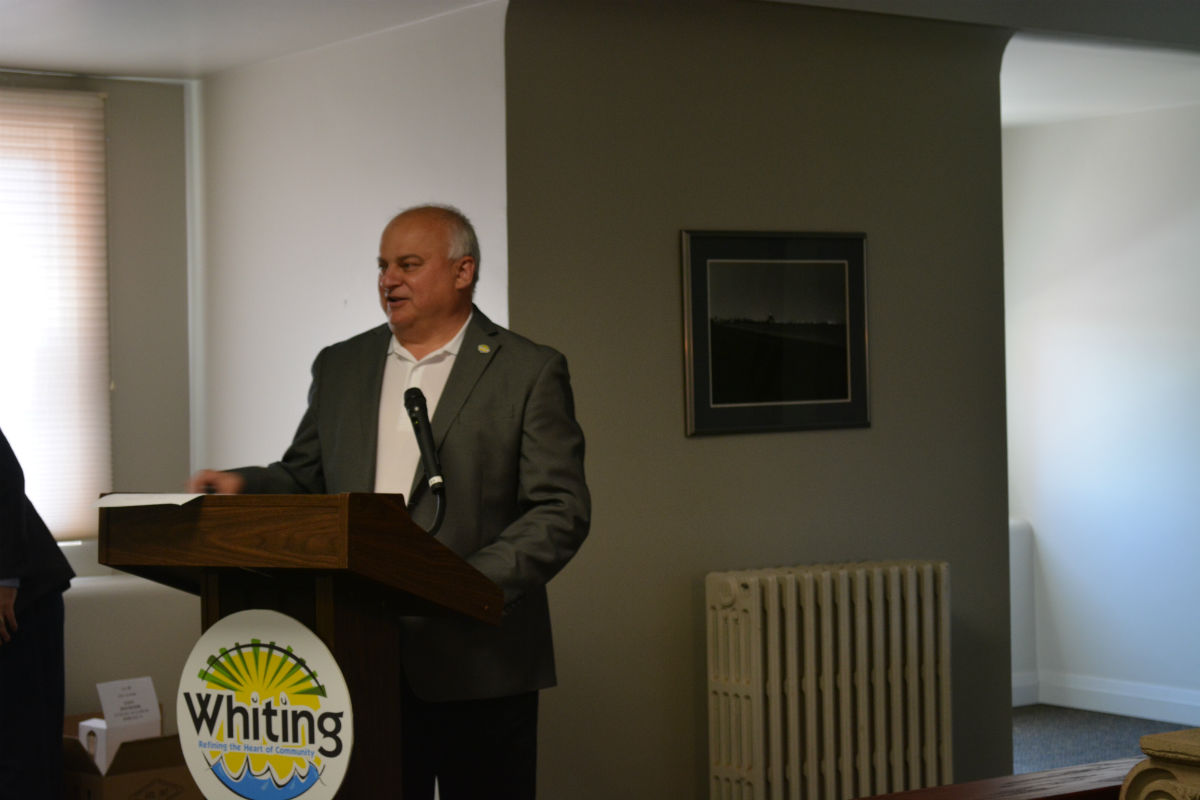 “The seven county tour is based off the mountain climbing challenge of summiteers who strive to climb the seven highest peaks in the world,” said John H. Davies, Assistant Director of the Society. “We thought Whiting would be the perfect platform to start this tour based on their history of innovation. Polyester was created in Whiting, and more recently they have shown innovative thinking in their reinvention of the Whiting Lakefront.”

The Society’s Whiting kickoff featured host innovator and Society member, Mayor Joe Stahura, and an economic development member in the President of Whiting-Robertsdale Chamber of Commerce, Thomas Dabertin. Both of whom spoke on the importance of always looking forward towards new and different ideas to grow the economy of not only Whiting, but Northwest Indiana as a whole.

“The key of this event is to get people to think different, outside of the box,” Davies added. “If you do the same things, you will get the same results.” 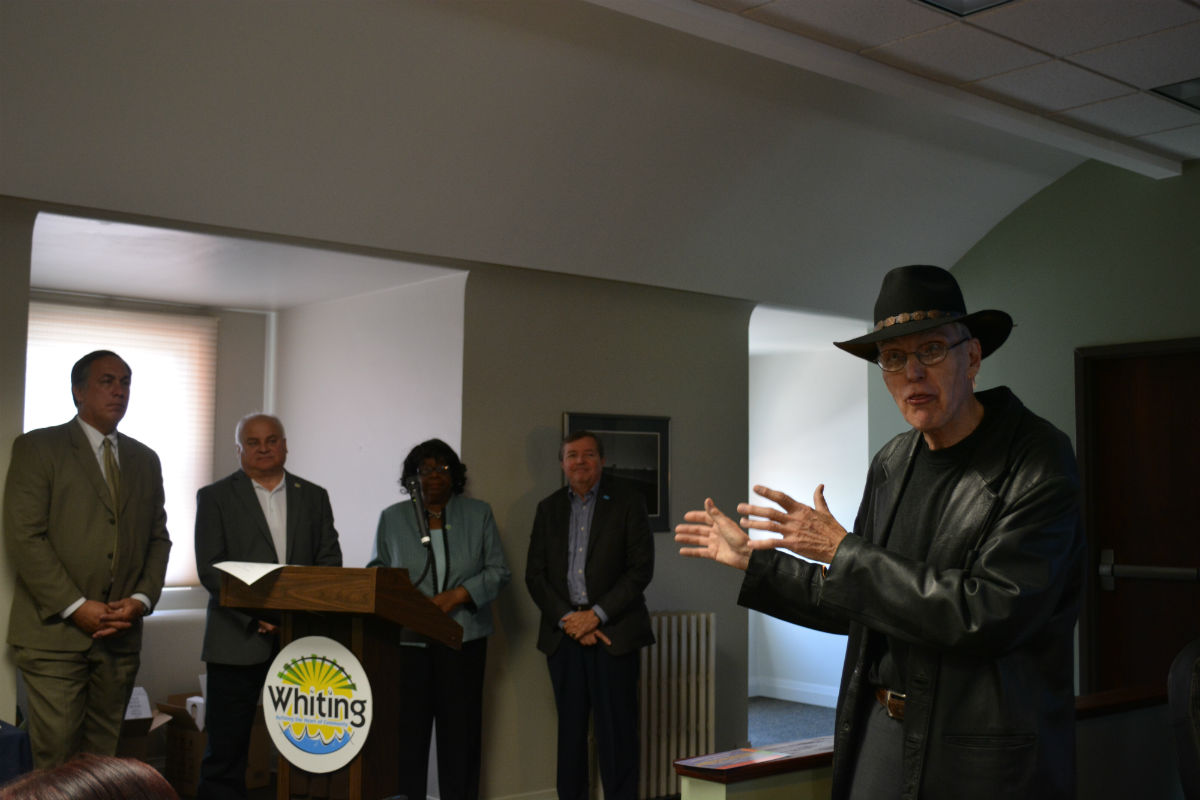 And while encouraging people to think outside the box is a big part of the tour’s message, equally as important is the Society’s quest for finding those who are already using creativity and forward-thinking behind the scenes to grow Northwest Indiana, and bringing those people together to work towards a better future.

“My role at these events is to capture the spirit of these adventures,” said Davies, who assumes The Region’s variation of one of the greatest adventurers, Indiana Jones, as “Northwest Indiana John” at these events. “I want to remind attendees that we are all summiteers, and when summiteers climb mountains they have a whole team of support and help behind them.”

And helping to support the Society on their quest to find our area’s best and brightest innovators is NIPSCO, a principal partner of the tour.

“The future of northwest Indiana's economy is critically dependent on innovation, creativity and entrepreneurship,” said Director of Economic Development for NIPSCO, Donald L. Babcock. “NIPSCO has long been a supporter of the Society of Innovators and Ivy Tech. We believe in their mission and their leadership. 2015 marks the eleventh year of their organization and NIPSCO is proud to be the principal partner.” 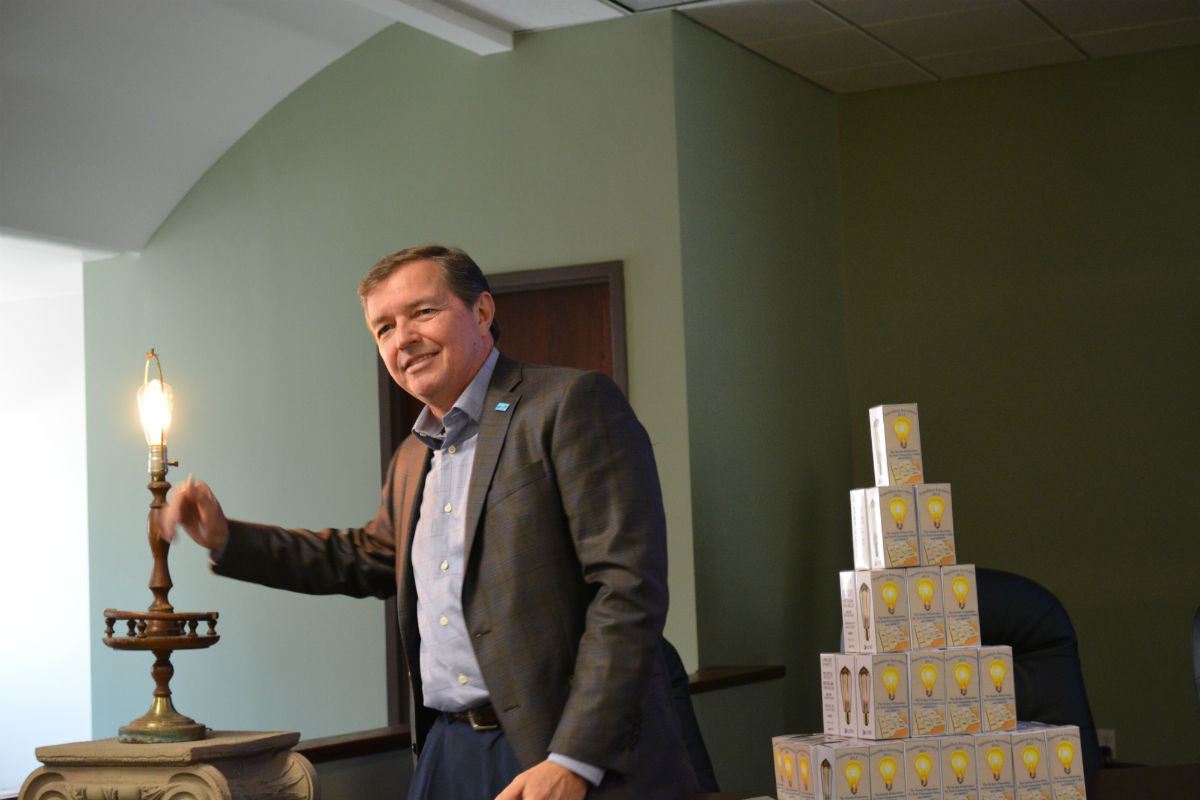 And this partnership between these two leaders in Northwest Indiana is really a symbol of what the kickoff in Whiting, one of the leading innovative cities in The Region, was all about: innovators connecting and moving Northwest Indiana in a positive direction.

The tour is in Demotte today. The full schedule is below: