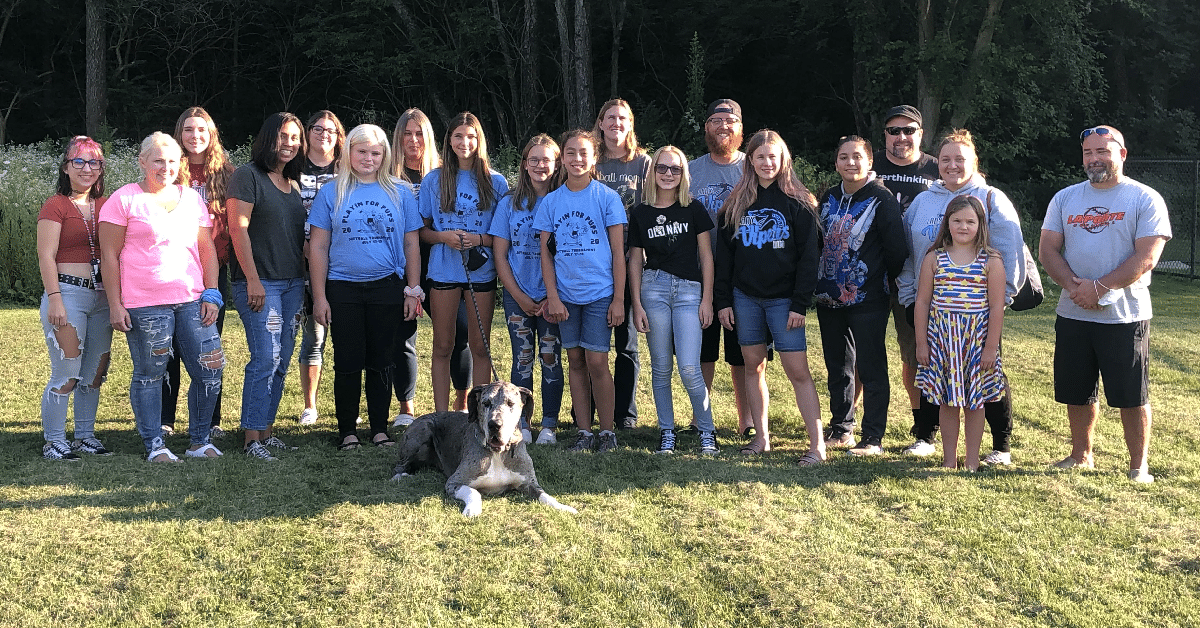 The NWI Lady Vipers hosted its second Playing for the Pups softball tournament on July 17-19th at the Jr. Miss Softball field in Portage, IN.  The event included 27 teams from all around the region in girls 10U, 12U, and 14U. Among the special guests were residents of Giant Paw Prints Rescue in Westville.

All proceeds benefitted Giant Paw Prints, a dog rescue specializing in large-breed dogs with significant health concerns.  Representatives from Giant Paw Prints were on-site with giant dogs throughout the entire tournament. In the end, NWI Lady Vipers donated $4,500, several boxes of toys and treats to Giant Paw Prints.   Kristen Kearney, the Marketing and Events Coordinator at Giant Paw Prints, explained, "We have had a rough six months.  All of our events have were canceled due to COVID."

Bob Gaffin contacted Giant Paw Prints about a possible partnership in Playing with the Pups softball tournament.  Kearney revealed, "The softball team was trying very hard to raise enough money to pay for one of our dog's surgeries.  Max is one of our great dane rescues.  Recently, his stomach flipped, otherwise known as bloat, and he was rushed into surgery.  The result is now a healthy dog with a $5,000 tummy!" Many of the dogs at Giant Paw Prints have significant health concerns.  The majority of the funds raised are through events like Playing with the Pups softball tournament.

"When I received the call from Bob Gaffin at NWI Lady Vipers, we were beyond excited that they raised $4,500! Every volunteer that I told began to cry.  Giant Paw Prints Rescue is very close to all of our hearts, and it was incredibly kind that the kids worked so hard for all the dogs,"  praised Kearney.

Recently the NWI Lady Vipers were able to bring all the donations and check to the dog house.  After a quick tour, they met our handsome 160-pound great dane named Mouse. For more information, visit www.GiantPawPrints.org or NWI Lady Vipers on Facebook.