The Northern Indiana Commuter Transportation District (NICTD) held a press conference at their Dune Park Station, unveiling a new South Shore Line transportation initiative called "Take Us For a Free Ride", offering free one-way rides on westbound trains from March 13th through March 18th. Rides will be free all day on Sunday, March 13th and for any westbound trains arriving in Chicago after 9:30 am from March 14th through the 18th.

This initiative is part of NICTD's larger efforts to build awareness and connections with the communities of Northwest Indiana served by the South Shore Line and its transportation district. 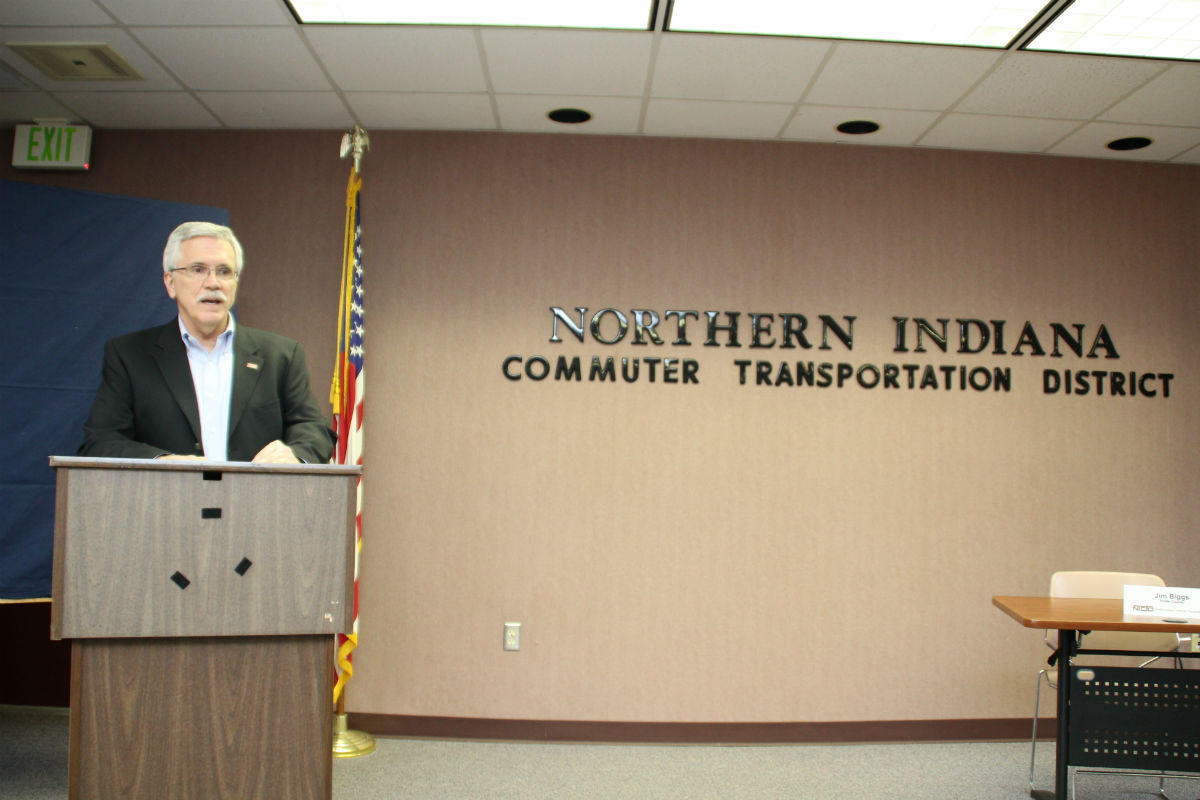 Along with this recent announcement, NICTD officials also discussed future plans for future expansions to further enhance and improve the commute for residents.

"We also have future plans to make a number of improvements to our stations and services including infrastructure and facilities upgrades," says Noland." We have plans to install wifi on all of our trains at the end of March as well as adding bike trains on the weekends starting April 2nd."

Noland stressed that the free rides promotions are as simple and catch free as possible, citing the massive advantage that riders can now have, getting on any station heading westbound towards Chicago's Millenium Station as well as all additional stops along the way for free. 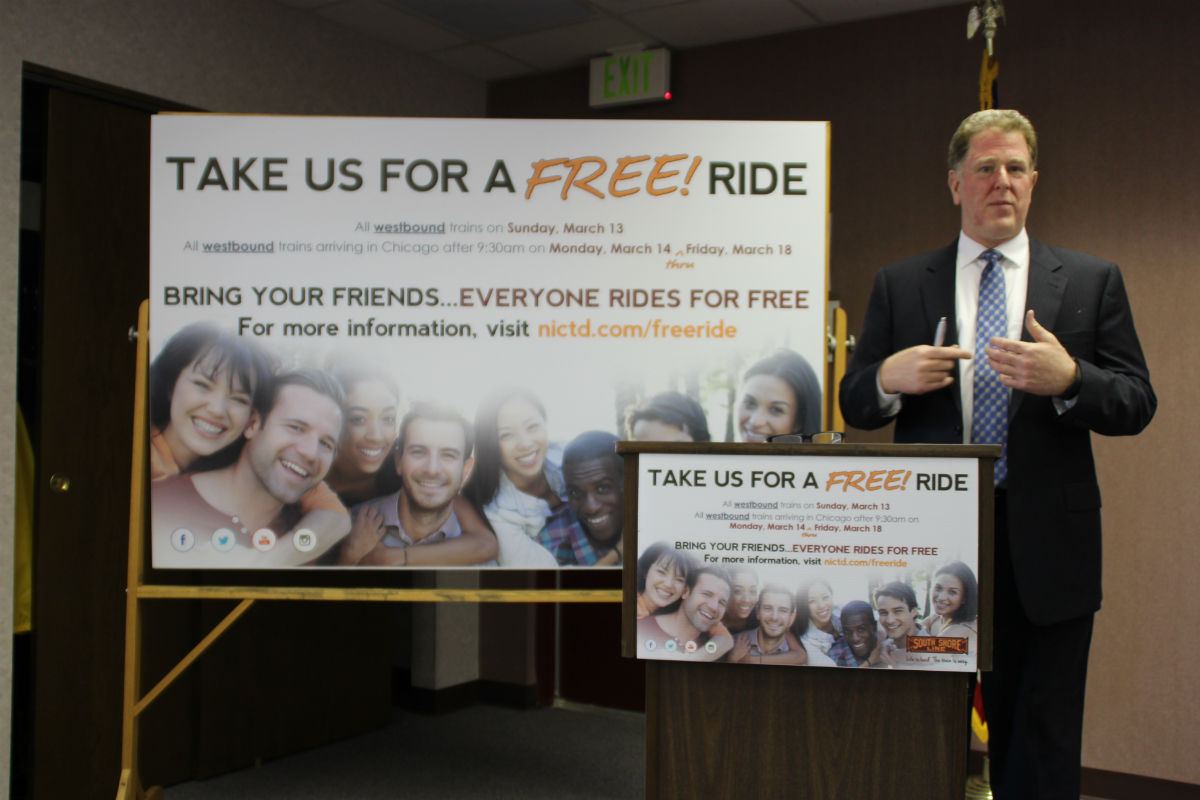 "Let's face it, we're competing against the automobile now, never more so than when gas was down to $1.29 a gallon," says Noland. "We have to be competitive in our market and this is one way to be competitive and do something nice for our riders. There's a lot of great stuff going on at the South Shore and this is just another way to share that all with you and hopefully gain some new riders."

"Take Us For A Free Ride" occurs when a variety of downtown Chicago activities occurring including the Chicago Flower and Garden Show and St. Patrick's Day week activities, allowing riders free one-way passage to some of the highlight events occurring during this time period.

"This is uncharted territory for us," says Noland. "We've never given free rides but we're excited, were fully prepared and we hope to get a boost in ridership from this."

For more information on "Take a Free Ride" Promotion, you can visit their website at www.nictd.com/freeride as well as view daily and weekend train schedules on www.nictd.com.