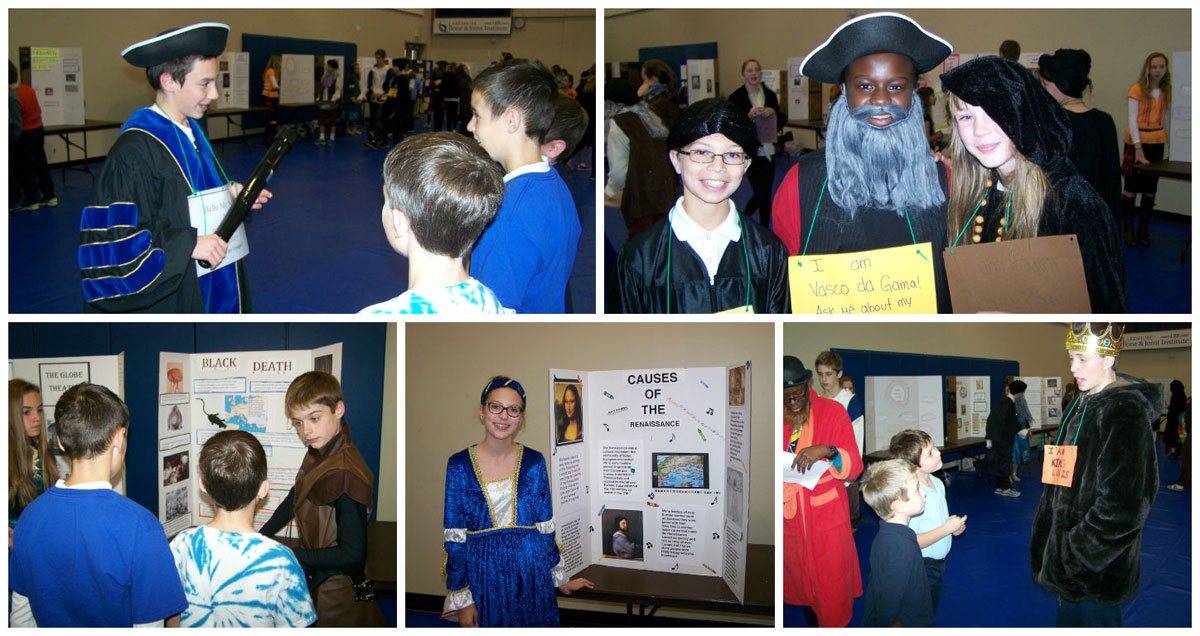 During Friday's lunch hour on Halloween day, the 7th grade students of Saint Paul Catholic School donned not ghost and skeleton costumes but flowing robes and feathered caps. Under the direction of middle school Social Studies teacher Judith Randazzo, students spent two weeks using the rolling computer lab and library books to research the Renaissance era. They then put together what they learned in presentations including posters, reports, monologues, and speeches. The highlight of the project took place on October 31, when St. Paul students, teachers, and staff were treated to the Second Annual Renaissance Fair in the SPCS Gym. The likes of Michaelangelo, Leonardo DaVinci, Christopher Columbus, Sir Isaac Newton, Saint Thomas More, and many other Renaissance figures walked among the visitors- keeping in character and instructing all about the most important aspects of the Renaissance period.