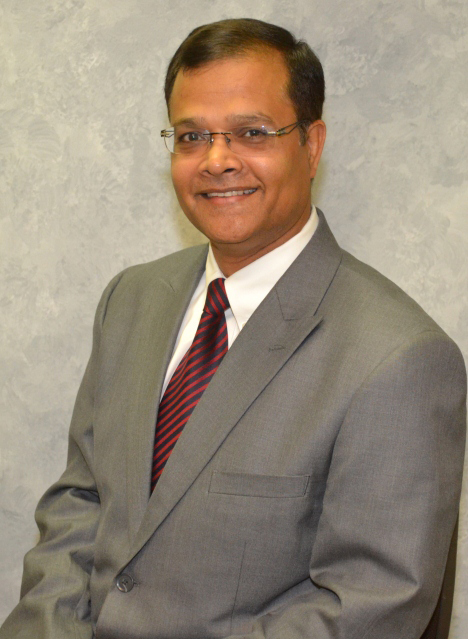 Sudhish Chandra, M.D., is this year’s recipient of Franciscan St. Anthony Health-Crown Point’s St. Raphael Award, which, since 2005, has recognized physicians who have helped improve patient care through their relationship with the nursing staff.

“This is very humbling. Being recognized by your peers is special because it brings a warm, human aspect to it,” Chandra said of the award, which is named for Raphael, an archangel and patron saint of physicians and nurses. The honor is presented by the hospital’s Performance Improvement Council-Shared Decision-Making, following nominations it receives from nurses.

Among numerous accolades he received in nominations were:

Chandra said he pursued neonatology after one of his two, now-grown sons nearly died at age 2.

“That pushed me; it gave me a special desire to help those children and their parents because I feel their pain; I know what they’re going through,” he said, adding, “There is no better feeling for me than when I see a child recover and have a normal life.” Likewise, seeing a child not survive “sticks to you – sometimes we just don’t know what happened, but we learn to put it behind us and we gradually feel better.”

Chandra said he has treated some 600 prematurely born infants, aged 23 to 42 weeks, since the unit opened and “remembers them all.” The smallest child for whom he has cared weighed but 13 ounces but improved “and now is about 2 years old and runs around.” Chandra added he tries to further his knowledge by attending various lecture programs and shares what he knows with medical students he helps train through job shadowing.

He likewise has been instrumental in the hospital sponsoring medals for regional science fair winners to help encourage students to pursue related careers. Chandra said his interest in medicine began in eighth or ninth grade while growing up in India, where he subsequently earned his medical degree. He has been in this country for 16 years.

“I wouldn’t trade being a doctor for anything and I wouldn’t want to work at any other hospital,” he said.