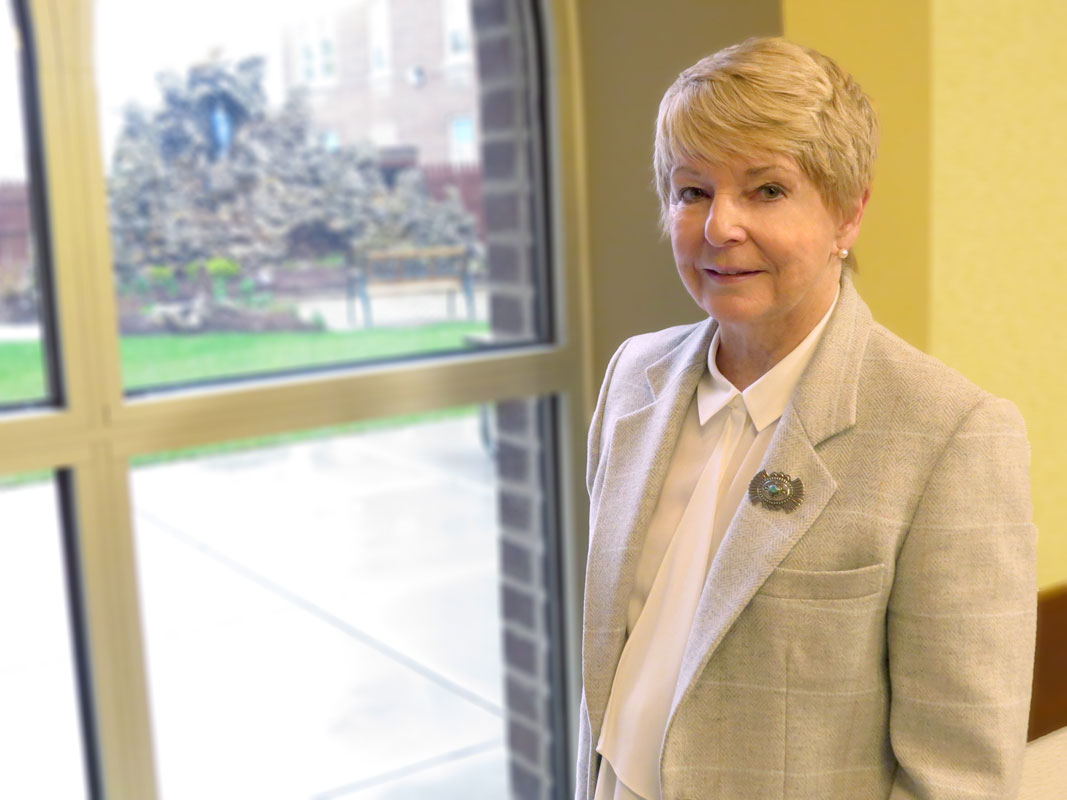 Birdzell came to St. Catherine Hospital in East Chicago in 1997 and has helped to turn it into an award-winning hospital known for consistently delivering high quality care.

She was also instrumental in helping to create the Community Healthcare System when she approached the late-Donald S. Powers, then Chairman of the Board of Community Hospital, about strengthening healthcare in Northwest Indiana. At the time, substantial investments needed to be made to Ancilla System’s St. Catherine Hospital and St. Mary Medical Center to ensure that they could continue to deliver high quality care to the communities they served. What resulted from those initial conversations is the creation of the area’s largest and leading integrated healthcare system that has since invested more than $800 million back into all three hospitals.

“It’s been a great personal honor for me to serve and support all the teams that make St. Catherine Hospital a successful family,” she said. “We truly care about each other and take pride in achieving quality care for all our patients.”

Birdzell has made a tremendous difference for St. Catherine Hospital, and the community it serves, said John Gorski, president and CEO of Community Healthcare System, which also operates Community Hospital in Munster and St. Mary Medical Center in Hobart.

“Jo Ann has been a staunch advocate for addressing the needs of the medically underserved, and has worked tirelessly to bring much needed financial resources to a safety-net hospital for so many,” Gorski said. “Above all, she has set a very high bar for offering the highest quality medical care to all who pass through the doors of St. Catherine Hospital.”

Through Birdzell’s leadership, St. Catherine Hospital launched one of the first CyberKnife programs in the U.S. and worked closely with Indiana Hospital Association to improve the fee schedule for Indiana’s Medicaid system.

Birdzell said she’s proud of the hospital’s accomplishments under her leadership, but noted that it’s been a great team effort to achieve dramatic improvement in the hospital’s financial performance and clinical outcomes.

Weeks ago, the Leapfrog Group ranked St. Catherine Hospital with 798 hospitals with an “A” score for patient safety – a grade it has obtained over many years. The hospital in 2016 also received The Joint Commission’ Gold Seal of Approval as a premiere inpatient diabetes care center in the nation.

“I’ve been fortunate to have been surrounded with competent, dedicated professionals who work unselfishly as a team to carry out the mission of the organization,” Birdzell said.

A Medaryville native, Birdzell’s career in healthcare administration began as a staff nurse at The Methodist Hospitals of Gary in 1960, where she advanced to senior vice president responsible for nursing services, clinical services, medical education, family practice residency program and the Rehabilitation Institute of Northwest Indiana. She was appointed administrator at St. Elizabeth Hospital in Chicago in 1988 by Ancilla Systems, and in 1997, received a joint appointment by the same system to include St. Catherine Hospital. She worked with the late-Donald S. Powers to merge Community Hospital, St. Catherine Hospital and St. Mary Medical Center into one system, and strengthen healthcare in Northwest Indiana.

“Having worked her way from a registered nurse to a hospital CEO, Jo Ann has served as an extraordinary role model for our employees and our community,” Gorski said. “We are proud of her efforts to identify, nurture and help prepare the next generation of leaders within our organization.”

Birdzell received the St. Joseph the Worker Award from Calumet College of St. Joseph and the Pillar of the Community Award from Healthy East Chicago in 2012, and was named Most Influential Woman of the Year in 2013 by Influential Women of Northwest Indiana. On May 10, she will be inducted into The Business & Industry Hall of Fame by The Times Media Co.

In her retirement announcement, Birdzell thanked staff for their support to allow her to make a tangible difference in the level of safe and quality care delivered to patients at St. Catherine Hospital. She said she picked July 4 as her retirement date because it’s her favorite holiday. She plans to remain in the area, and spend her retirement time with family and friends.

“I’m retiring because it’s time,” she said. “I’ll celebrate on the 4th of July, and will continue to celebrate the successes of St. Catherine Hospital and the Community Healthcare System network in years to come.”

An announcement about the hiring of a new CEO for St. Catherine Hospital will be made in the near future.