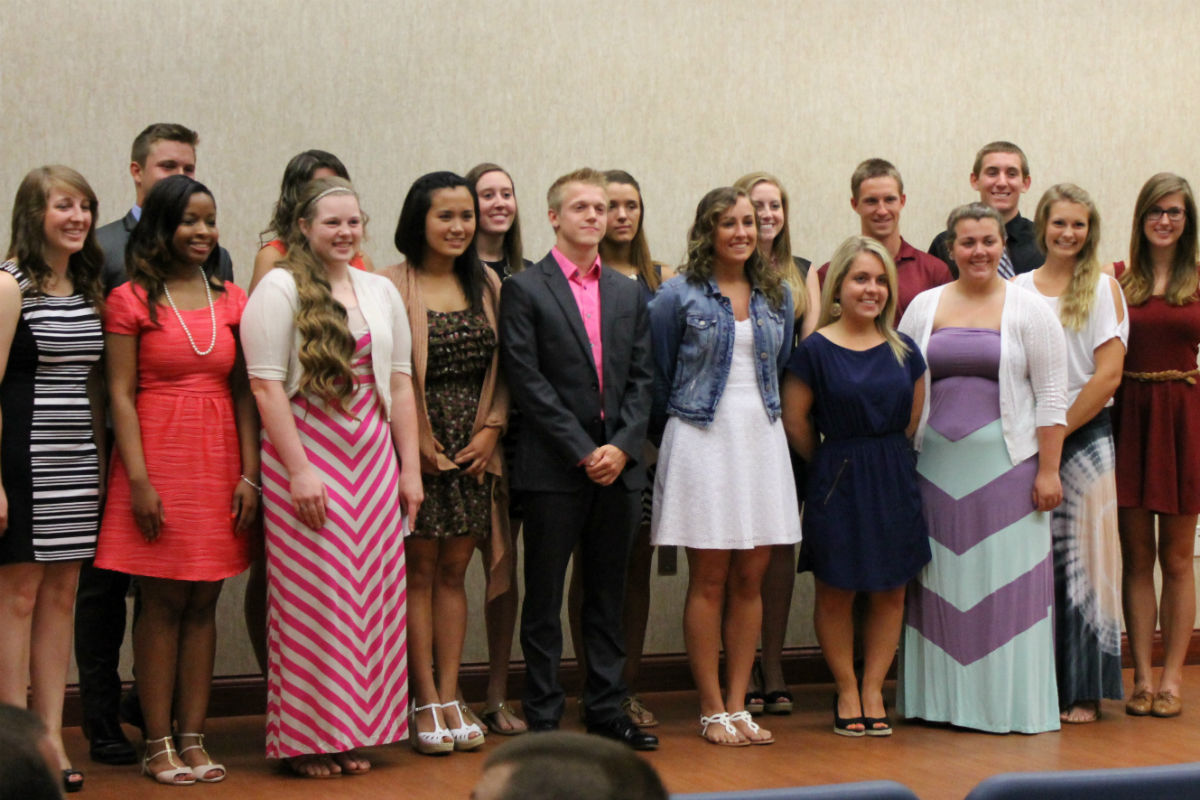 The volunteers of St. Mary Medical Center are not only appreciated by the hospital themselves, but by the many recipients of the scholarships that were awarded Monday at the Scholarship Award Ceremony held in their auditorium.

"There were 19 recipients this year sharing $35,500 in scholarship money," said Teresa Pedroza, volunteer manager. "The volunteers raise this money through their Garden Cafe and Gift Shop, along with seventeen to nineteen fundraisers throughout the year. Several scholarships are made through memorials and/or donations made from several sources." 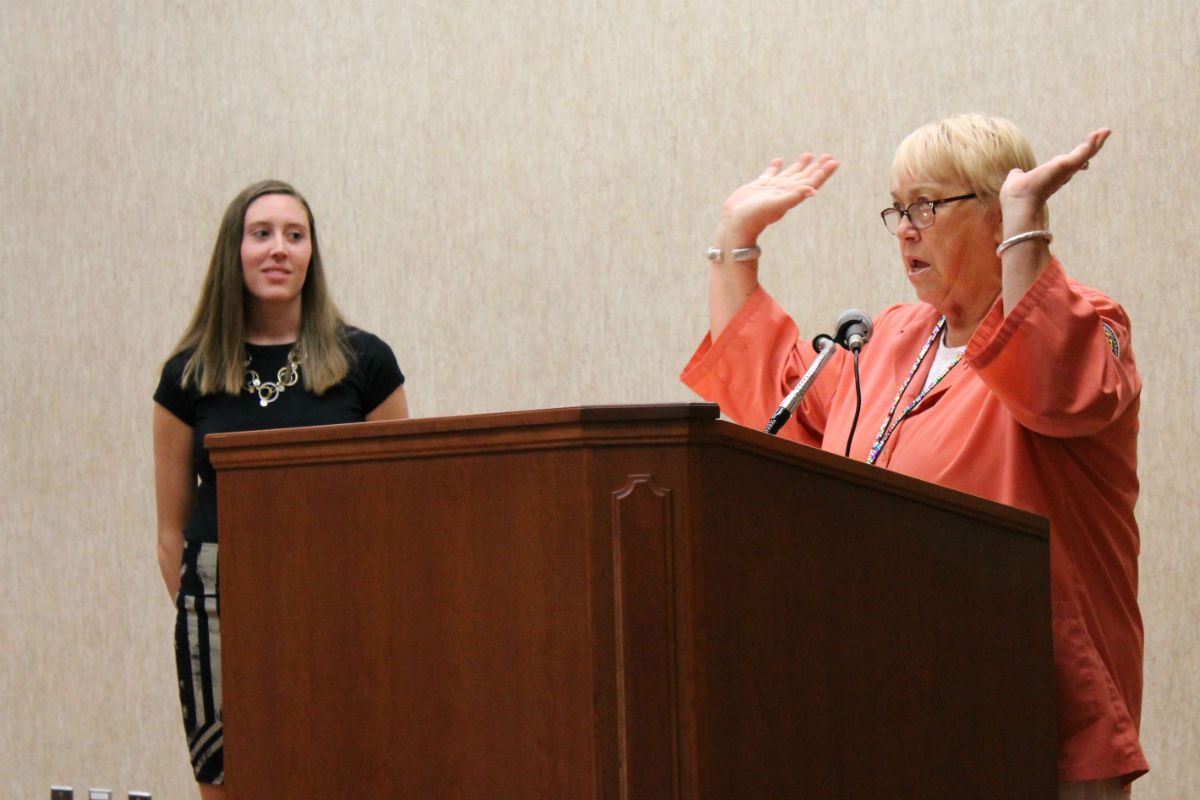 The candidates had to complete an application. Their applications were then submitted as a number. No names were attached during the evaluation process. Many were selected from the applications received to come in for a personal interview. For the first time the committee learned a name instead of a number for the application. Applicants were evaluated on their application, service, critical thinking and compassion. After the interview process the recipients were chosen and invited to attend the ceremony held today. 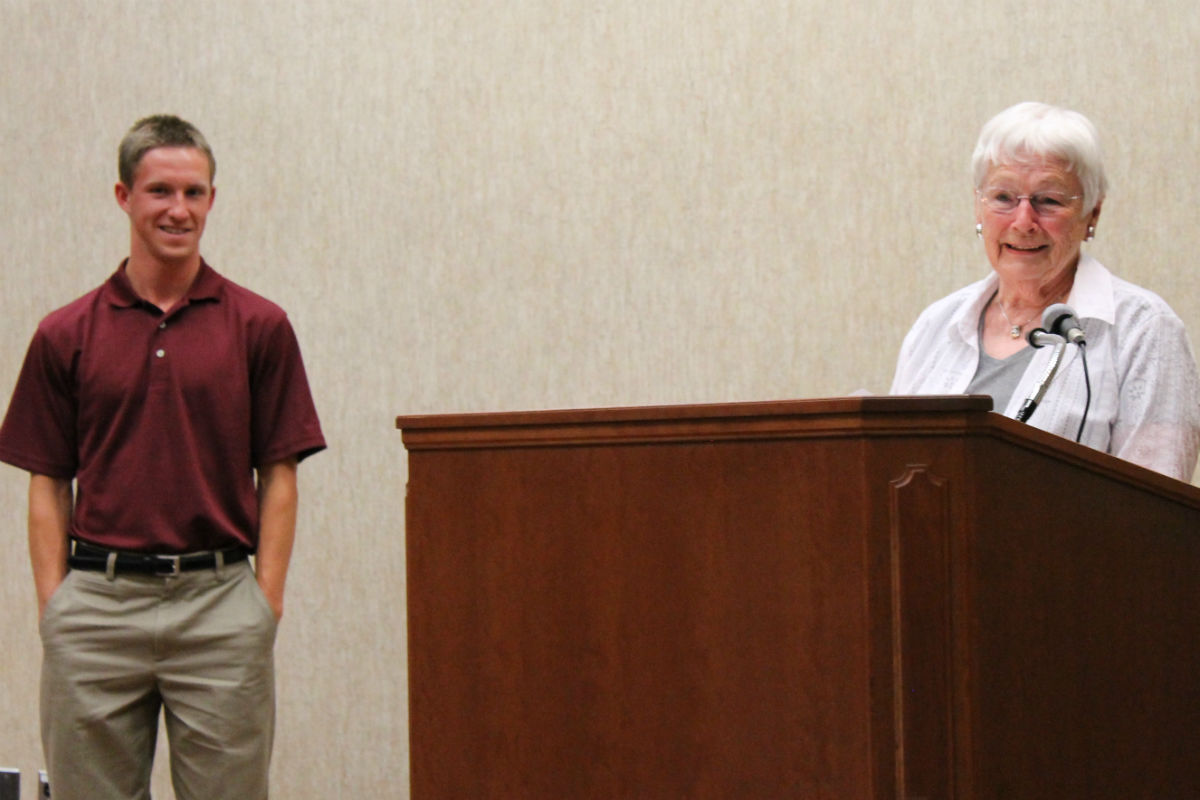 "You are the brightest and best in your community. Choose your friends wisely. They are no longer your neighbors or friends of family. They will come from far and wide. You will be remembered for how you make people feel. Treat them with dignity and respect." That's sound advice to the recipients that were honored.

Yvonne Hoff, director of human resources stated, "You are lucky, you did your first interview and you have earned a reward."

Senior Alek Seeley, thanked Marti Miller, Auxiliary Chairperson, and said he would use the scholarship wisely.

Refreshments were enjoyed by all after the ceremony where the recipients were able to mingle and thank the volunteers for the efforts they made raising the funding that made their scholarships possible.