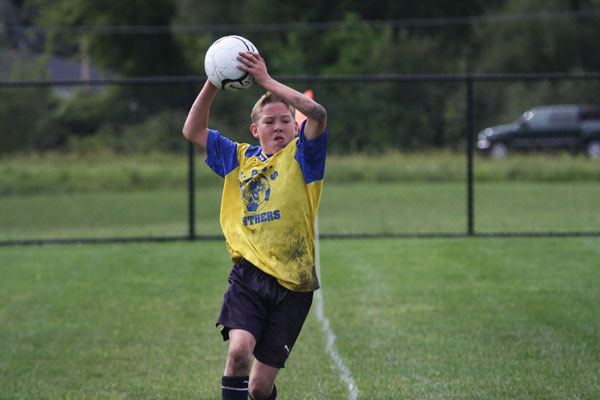 The St. Paul 7th-8th grade soccer team finished their regular season with a record of 5-2 following a win against Our Lady of Grace and a loss against St. Casimir on October 17 and 18. The Panthers dominated their game with Our Lady of Grace, winning by a score of 8-3. Evan Fogle led the scoring with four goals, with additional goals coming from Andrew Page, Thomas Walsh, Gareth Kaye and Trevor Mahlmann. Trevor, Thomas and Patrick Azar shared goalie duty, and had ten saves between them. Mikaela Meyer, Lauren Reineke and Monica Richel contributed strong performances on defense. The Panthers’ second game of the weekend was a tough battle against a skilled and physical St. Casimir team. The Panthers played a smart game and kept the competition up, even when the outcome was clear.

Though the scheduled CYO tournament has been canceled due to rain, the Panthers were invited by St. Michael to an unofficial tournament for the top finishing teams in the CYO league. Their first game will be Saturday, October 31, at 9 a.m. at St. Michael. If the Panthers continue, they’ll have a game at 1:30 that afternoon, followed by the championship on Sunday, November 1, and 2 p.m. Regardless of the outcome, it’s been a terrific and exciting season and our pleasure to coach this great group of kids.