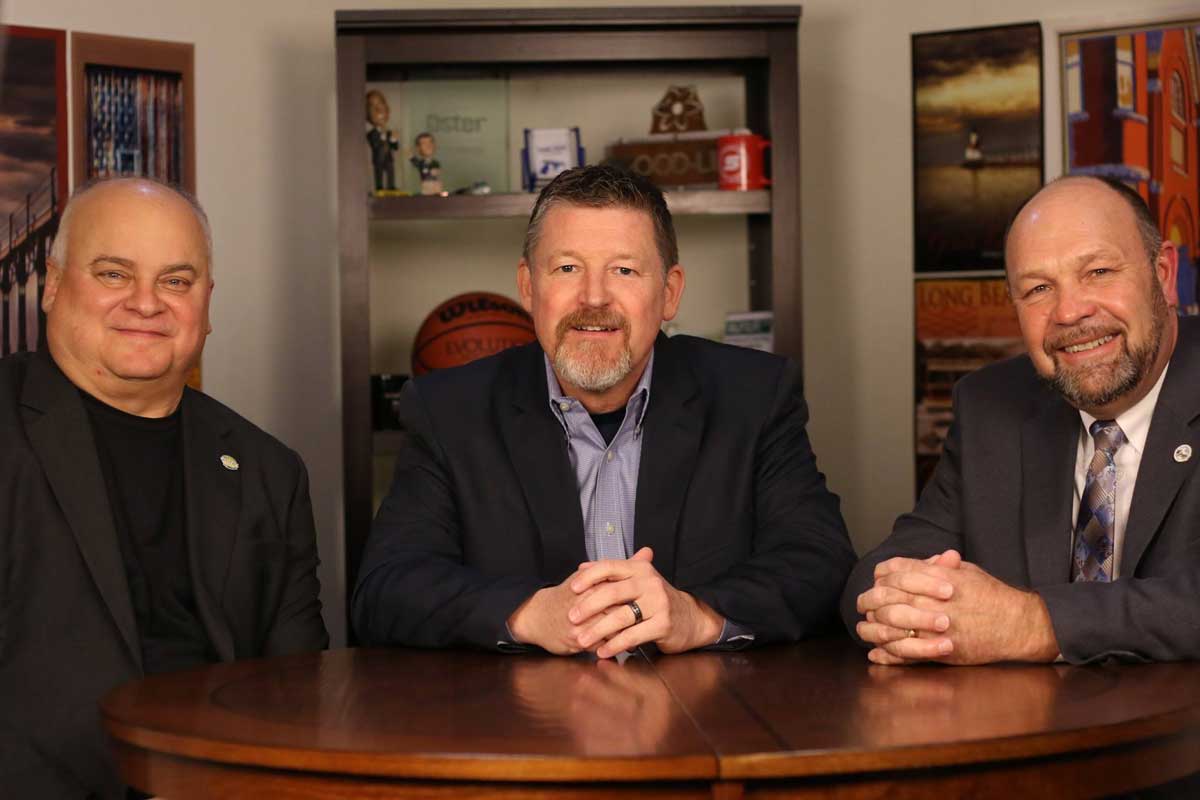 2016 will be a big year for communities in Northwest Indiana, especially Hobart and Whiting. We were pleased to discuss several initiatives and projects coming in these two communities along with programs taking place throughout the region when Ideas in Motion Media hosted a Mayor's Roundtable interview with Mayor Brian Snedecor of Hobart and Mayor Joe Stahura of Whiting.

Traditional community staples like the Pierogi Fest in Whiting and the Lakefront Park in Hobart were discussed, but there are lots of improvements and new attractions coming to these communities, old and new.

Bleachers have been installed in the historic arena and the community is invited to come to a fundraiser happening this summer to really have a community investment in the city’s landmark stadium.

Similarly, the City of Whiting is looking to build a world-class National Mascot Hall of Fame to the city’s downtown. The city is currently raising funds for the structure and is still in final planning mode on the proposed attraction, but The Little City By The Lake is looking forward to its completion.

“If we can do that and do it within budget, and do it right, I think with the traffic it will bring through the community, everybody benefits,” Stahura said. "The business community benefits and new residents will pop up, and [it will be] bringing people to our community to showcase what we have.”

Outside of what is happening in each city individually, there is plenty of teamwork and collaboration happening among the mayors throughout the region. Several of the region’s mayors are looking at building and improving their communities and all have a similar item at the top of their agendas: a focus on quality of life projects.

“I think people probably underestimate the talent and the skills of the group of mayors we have. Looking at the group we have in office - we’re all friends - I think that leadership among those mayors really creates a bond,” said Stahura. “When you put it all together, it really is a proud region. I think the future is really bright for all of us.”

Snedecor also explains that when one community benefits, the region benefits because the boundaries are lessened among the cities and towns within the region. Quality of life projects - he cites the Whiting Lakefront Park in particular - are the focus of a lot of administrations in the region, and when one is built, a neighboring community is also affected in a positive way.

“When we all work together, that’s when we see our region at its best,” he said.

The groups closed out the interview talking about how they’ve seen their communities coming together in times of need and citizens who go above and beyond to show a true volunteer spirit. Snedecor cited Virginia Curtis, who recently passed, as someone who stuck out in his mind for her work with the Rovelli Bandstand, Lakefront Park and a number of other community programs and projects.

“We are going to actually start an award in her name [to honor] people who have taken leadership in the community and given back to the community in such a great way,” he explained. “She’ll be remembered for years and years.”

Stahura knows it is all about the community - civil servants and volunteers alike - who really make an impact when it comes to a time of need.

“There is this loyalty to the community in a time of crisis,” he explained. “I really appreciate that as a mayor, sometimes you’re scratching your head saying ‘how am i going to deal with this?’ It is not always easy to use public funds to help some individual. When the private sector and public come together, it really shows a lot about the strength of a community.”