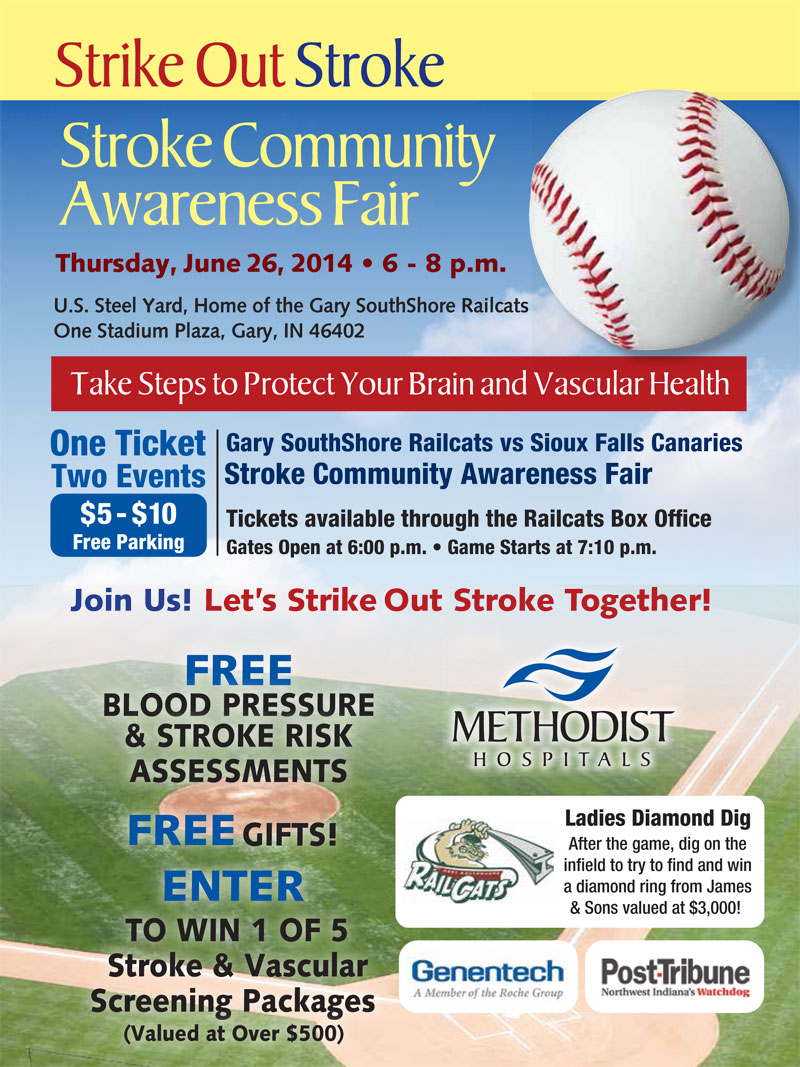 Methodist Hospitals is partnering with Genentech USA, and the Gary Southshore Railcats baseball team in a community event that promotes Stroke and its warning signs.

The goal is to increase awareness in Gary and surrounding communities about stroke and warning signs of stroke.

The following individuals will participate in a brief on the field program before the game:

Where: The event will be held at the U.S. Steel Yard, One Stadium Plaza, Gary, IN 46402. Stroke screenings, including blood pressure and stroke risk assessment questionnaires will take place at the Main Gate Entrance.

Giveaways and Game Promotions: Everyone that participates in the Stroke Screenings and Education will receive the following: