The annual Strong Kids Campaign of the Valparaiso Family YMCA has concluded its major events for 2010. The campaign was chaired by Tom Kennedy. Each year, funds are raised to ensure that every individual has access to the essentials needed to learn, grow and thrive at the Y. A goal of $140,000 was set in late 2009. Thanks to numerous campaign leaders, community donors, and special events participants, the Y is pleased to inform the community that this goal has been reached. To date, $151,369 has been raised and this number will increase as pledges continue to come in throughout the remainder of the year. Bob Wanek, CEO, states, “Every year, the Y gives back $2 to the community for ever dollar that is raised through this campaign. We believe this is a vital statistic for all citizens in the greater Valparaiso area to know.” 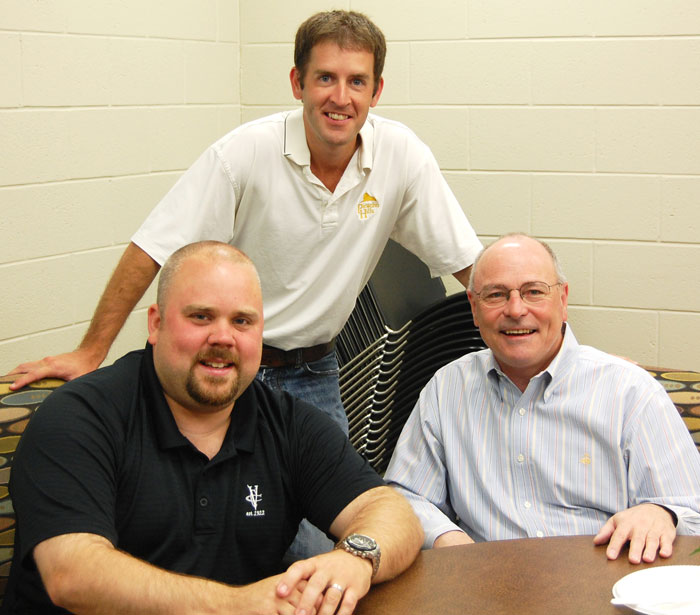 The latest fundraiser entailed a friendly competition between the 45 campaigners. The winning team, led by Rob Thorgren, CVO, brought in $12,596. Tom Newton gathered the most pledges. Newton also chaired the Valpo Jazz and Blues Fest this past February. The pledges from all seven teams raised a total of $99,877 towards the Strong Kids Campaign.

As a thank you to the campaigners, a breakfast was held at the Y. New this year is the Chairman’s Roundtable banner program that recognizes those supporters who have contributed $1000 or more towards the campaign. Two of the top donors include the Anderson Foundation who contributed $40,000 and JPMorganChase who donated $15,000. So far 23 banners displaying the names or logos of contributors have been hung around the perimeter of the Y Wellness Center.

Earlier events raised money for the campaign as well. The annual plant and flower sale at Samuelson’s Nursery brought in $864. The biggest fundraiser is the Valpo Jazz and Blues Fest, which always seems to be a hit with everyone, from event planners and contributors to volunteers and attendees. This year, the event brought in over $32,000. At the Y, all employees are encouraged to find some way to contribute towards the campaign. “Numerous staff members donated their time and talents towards the Strong Kids campaign. It seems that everyone wants to help, whether by actively soliciting pledges, volunteering at events, or donating directly to the campaign. We are proud to have a staff that is so willing to give back to the community they already serve in their day-to-day operations at the Y,” said Debbie Koeppen, Financial Development Director. A competition between employee departments raised a record total of $5,975.

Low income families, individuals with disabilities, and human service agencies enjoy the same benefits as all members of the Y. No one is turned away due to inability to pay. In 2009, over $289,000 in financial assistance was provided. This amount is expected to be greatly exceeded in 2010. Pledges of all sizes are greatly appreciated and may be made by contacting Koeppen at 462-4185 ext. 229. Individuals, companies, or organizations who may be interested in learning about joining campaign events and fundraising efforts for 2011 are encouraged to contact Koeppen as well.