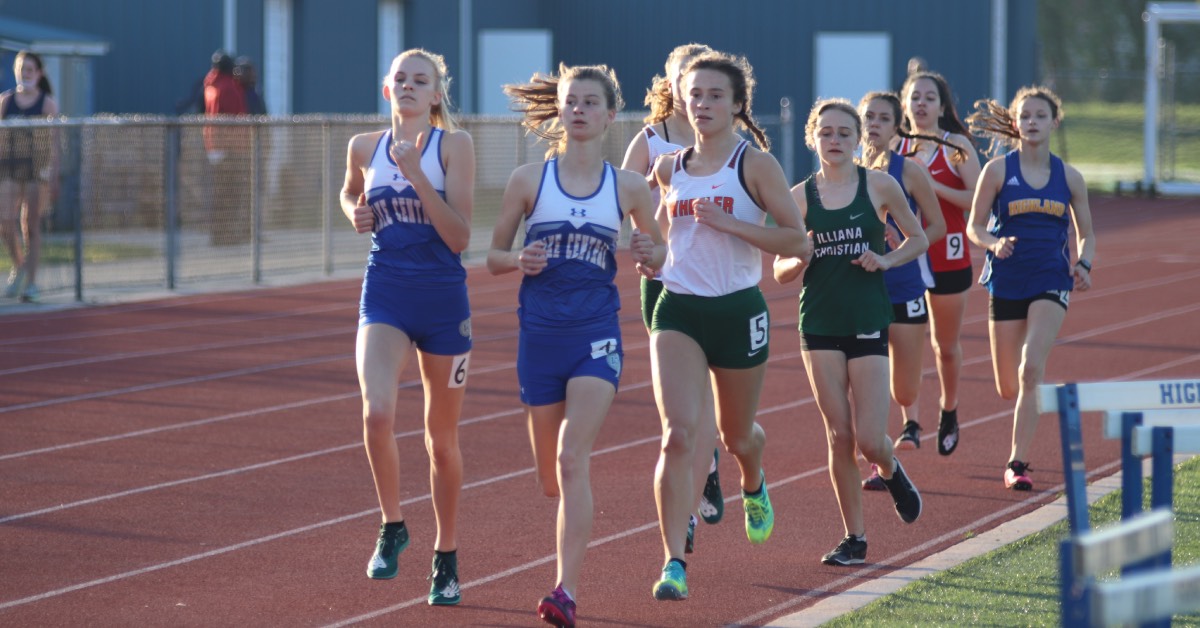 In a day full of scattered showers and starting gun misfires, Northwest Indiana athletes prevailed. At Highland High School’s track and field invite, 17 schools competed to run faster, jump higher, and be stronger than the others. Competitors in both the girls’ and boys’ events pushed each other and set many personal best records.

Throughout the night students cheered for their teammates, as well as their competitors. Between events, students engaged in a friendly competition in the high jump. Coaches and students alike gathered around the high jump collectively cheering when a student would make the jump and sharing a sigh when they would not.

Two girls who were particularly proud of their showing were Stasia Thompson and Anne Carmichael, both students at Lake Central High School. Thompson won the 100 Meter Hurdles, and Carmichael finished just hundredths of a second behind her.

At the end of the race, the two girls embraced each other with huge smiles on their faces. However, these girls share more than hurdles. They are also both a part of Lake Central’s 4x400 Meter Relay, where they took home the gold at Highland’s invite.

“We’re hoping our 4x4 goes to state and does well there,” said Carmichael. “It’s been a little harder with no spectators here, but we’re making do.”

In the boys’ 100 Meter Hurdles, Ethan Litavecz, a senior from Highland High School, finished in first place. Throughout the meet, he won three events and set two personal best records.

“It’s been awesome," said Litavecz. "I’m just thankful to be here and be able to compete today. It feels great to do well at your home meet."

Throughout the meet, Litavecz wore his coach’s track spikes, which were 50 years old. His coach had kept them since high school and was proud to see Litavecz succeed in them tonight.

“I like to feel myself getting better," said Hutcherson. "So every day when I practice, I like to push myself to be the best me I can. That’s the best feeling ever. I have nothing to lose here, so I might as well leave it all on the track."

This year means so much more for Hutcherson as it will be the last year he, or anyone, will run for Gavit High School.

“Ever since I started going to Gavit in middle school, I dreamed of having my senior night here and graduating on stage like my brother, but that can’t get in the way of your dream,” Hutcherson said. “There are always going to be setbacks. You have to push through them no matter what.”