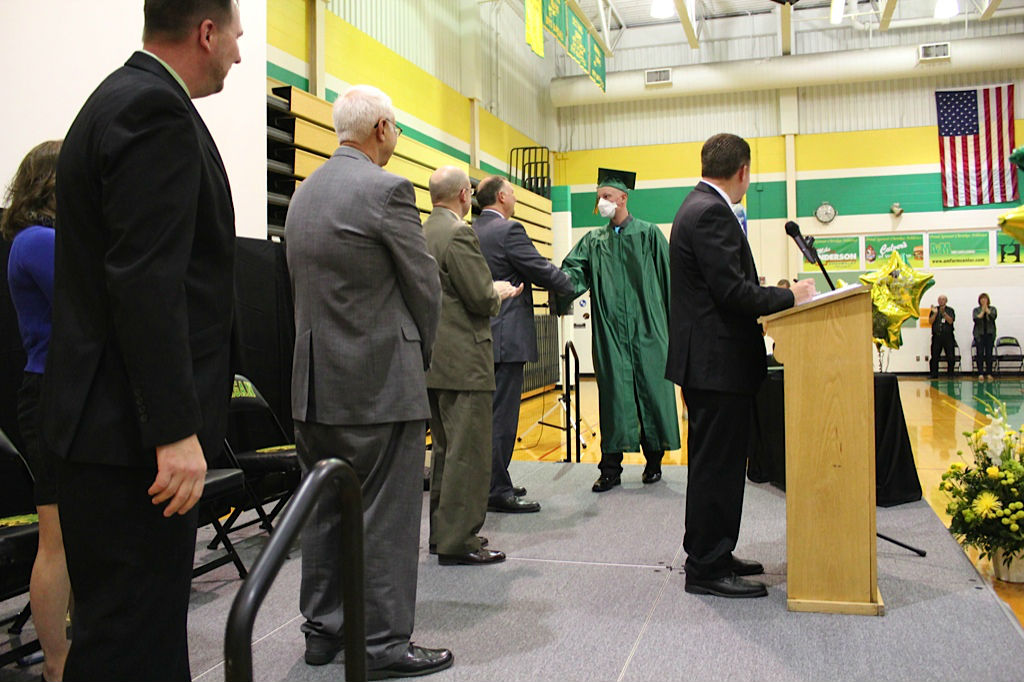 Morgan Township students and parents were greeted with an amazing surprise on Saturday, as Joshua Wittmer, whose Hodgkin's Lymphoma relapsed just 17 short days ago, walked across the stage to receive his diploma.

Josh was put on chemo therapy and stem cell recovery, and the treatment has worked wonders so far for him.

“Normally, someone would still be in the hospital right now,” his mother, Becky Wittmer said, “But he beat all the records and came home early.”

“Doctors have never seen anything like this,” Mrs. Wittmer added. “They called him the ‘walking miracle’.”

Doctors said it would normally take 100 days or upward for someone recovering from this to get the OK to even go outside. But Joshua beat the odds once again and got the clear from the doctor to go on stage and get his diploma in his cap and gown, and celebrate this momentous occasion with his peers. 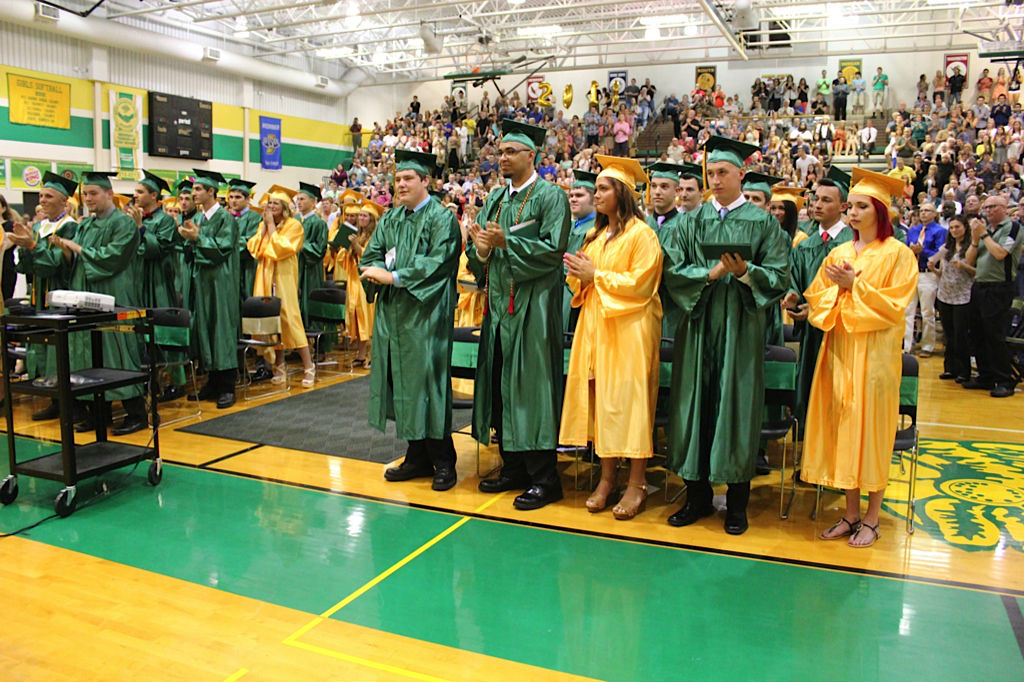 Even with the OK, there was still some wonder all the way up until the final moments before the ceremony about whether or not Josh would have the strength to receive his diploma in person, so a video feed of the graduation was planned for Josh if he did not feel up to it.

But the video feed wasn't needed, because Josh once again found the strength to defy the odds and walk across the stage; something that meant a whole lot to him.

“He is very, very excited,” Mrs. Wittmer said before the commencement when she told ValpoLife about his decision to go for it and walk.

His classmates were both stunned and elated when his name was called and he walked into the room! Cheers erupted as the standing ovation crowd of classmates and guests excitedly welcomed him. Amidst tears and smiles, the room was filled with thunderous applause!

And we are just as excited. On behalf of Valpolife.com and the Morgan Township community, way to go Josh and happy graduation day! 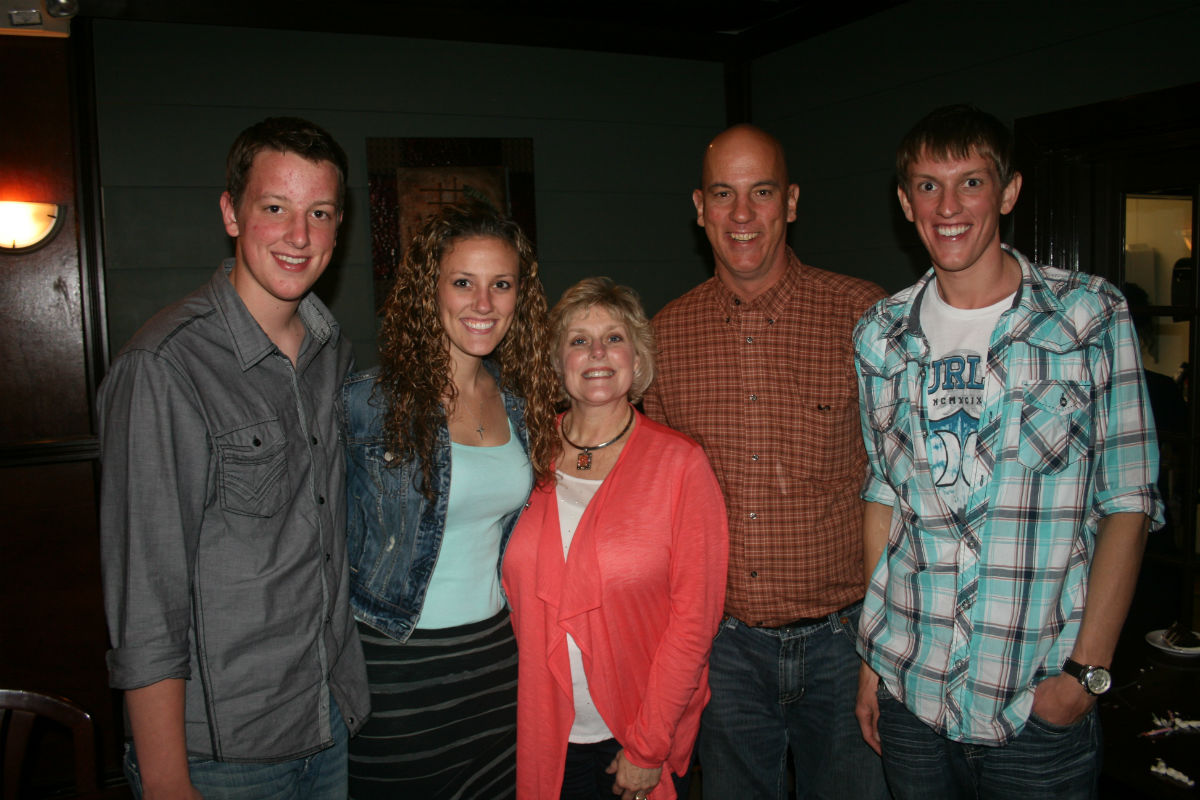