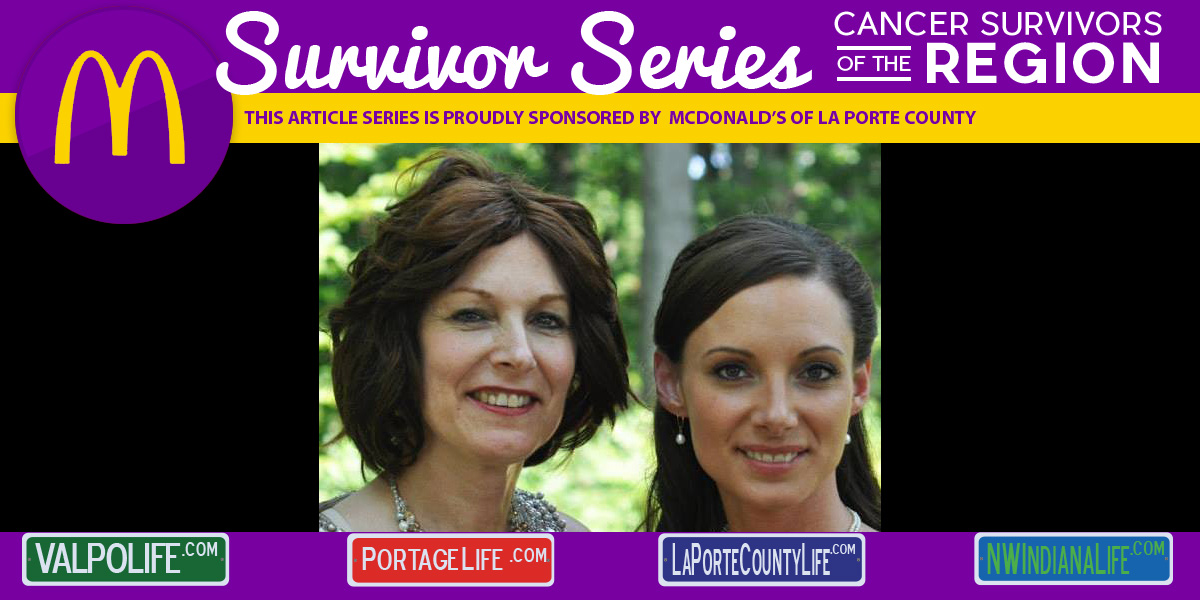 Amidst the turmoil and distress surrounding a cancer diagnosis, Shelly Recktenwall was also dealing with the passing of a close friend and the loss of her parents from the very sickness that she herself was battling. While it has been a tumultuous journey, her faith, combined with the outpouring of love, support and encouragement she’s received, has helped Shelly overcome every obstacle that has stood in her way.

Shelly was finishing up her bachelor’s degree when she received her initial diagnosis of breast cancer. To the friends and families closest to her, it was hard to see her going through treatment.

“I had four classes left to finish my degree at the time. When I was diagnosed my professor said, ‘Oh Shelly, I don’t want to see you sick in here. It would break my heart,’” she said. “I ended up having to move in with my son and daughter-in-law. My daughter-in-law goes, ‘Mom, I don’t know if I can handle seeing you sick.’”

“So, every day I made sure that they never saw me in anything but the ‘9’s’ because my family and a lot of my friends would’ve been devastated thinking that I wasn’t going to make it. I never wanted them to feel that way,” Shelly said.

Before Shelly found out she had breast cancer a friend of hers had been similarly diagnosed, but had trouble affording the tests and treatments that could have saved her life.

“She could not find a place to have a mammogram that wouldn’t cost her much money, so she never went in until it was too late,” she said. “She was one of my teacher friends, and unfortunately your early-childhood teachers don’t make that much. We couldn’t afford to go get mammograms and things like that.“

Then Shelly began having some pain but she didn’t necessarily find a lump so she didn’t think much about it.

“I had been having problems. I had this pain but I didn’t always feel a lump or it would move,” Shelly said. “What I didn’t know was that when you have very dense breasts that happens. Then time went on and it was killing me. I spoke with my friend who said, ‘You need to go!’”

Shelly, along with her daughter, then searched for a hospital or health care provider that could work to lessen the cost of getting the tests she needed. Ultimately, Shelly and her daughter found that Methodist Hospitals was offering just what she needed.

“All you had to do was qualify. It was either free or you could pay half,” Shelly explained. “Half I could pay, not the whole thing. Well, my income was such that I got it for free and then, through the hospital, I was able to get the biopsy through Athena.”

“As soon as they found out it was cancer, they paid for my biopsy. After that, Medicare kicked in but it was all because of Methodist Hospitals. I am a big advocate of theirs and every year that they ask me to do something or volunteer, I am right there!”

“They (Methodist Hospitals) have been nothing but hopeful,” she exclaimed. “They do a special program, 'Feel Good Look Good', which is so true because even though I didn’t feel good, if I looked good I felt a little bit better.”

While still going through treatments, Shelly had to work to be able to keep up with bills and expenses. However, the support and positivity she had around her made those hardships just a little bit easier.

“I pushed myself. Sometimes I got to the point where I couldn’t finish the day. My boss was awesome because I let her know that I had to work, and she said, ‘Ok, we can put you in the kitchen.’ She made a space for me. If it weren’t for her, things would’ve been a lot harder.”

Along with her family and friends, Shelly was able to lean on her ‘church family,’ as she called them, through which she connected with other women who had gone through similar circumstances.

“I also worked for my church so the ‘church family’ was just really very supportive. A lot of the women who had had cancer from the ‘church family’ embraced me and would give me encouragement. There’s a marvelous group from Crown Point called the Red Hats. They gave me a $500 grant for gasoline that I could use to get back-and-forth from work and appointments,” Shelly said, still surprised and appreciative.

Now, as a way to give back, Shelly works with Mary Kay to reach out to women to help build up and get back their confidence.

“Every year, I go to the Lake County Fairgrounds and I’ll do 90-second makeovers,” she said. “That’s my way of giving back. A lot of the women might not have eyelashes or eyebrows so I show them how to utilize what they do have. Make-up isn’t to cover up; it’s to enhance beauty.”

“Once a woman gains her confidence, look out!” Shelly added. “Fortunately, Mary Kay made a difference just with her philosophies, and it’s really been a self-help kind of thing to get my confidence back.”

In speaking about her outlook, Shelly said, “Don’t try to go it alone. You have to learn to trust people because, when you’re sick, you’re going to need to lean on them. Family is everything when you’re going through cancer, and you’ll have to stay strong for each other.”

“The best thing about this experience is that I prayed the whole time. I have a very strong faith, and it helped me to get through it. There is light at the end of the tunnel!”