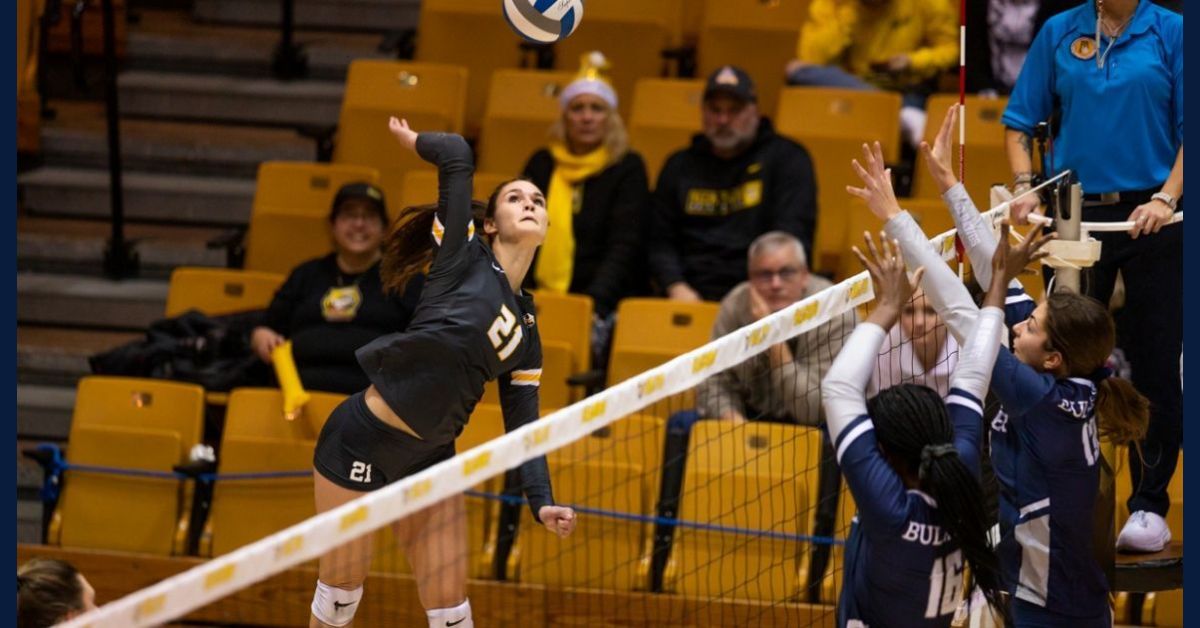 Three members of the Valpo volleyball team received special notice for their efforts in helping the Beacons win the DoubleTree-Youngstown Invitational on the opening weekend of the 2022 season, highlighted by the selection of sophomore Elise Swistek (LaPorte, Ind./New Prairie) as Tournament MVP. Swistek was joined on the All-Tournament Team by senior Bella Ravotto (Mishawaka, Ind./Marian) and freshman Emma Hickey (Granger, Ind./Penn).

Whether starting the match or entering mid-match, Swistek was lethal all weekend long. The sophomore played the final two sets of the win over Delaware State and hit .500 with nine kills on just 16 swings. On Friday afternoon, Swistek played the first two sets of the sweep of Idaho, hitting .333 with seven kills on just 12 swings and picking up seven digs. Then, in the championship match versus host Youngstown State, Swistek entered with the Beacons trailing 7-1 in the second set and Valpo outscored YSU 70-46 from that point forward. In her two and a half sets of action, Swistek hit .368 with nine kills on 19 swings and ranked second on the team with 14 digs.

For the weekend, Swistek hit at a sparkling .404 clip, putting down 25 kills (3.57/set) on just 47 swings. Defensively, she tallied 24 digs (3.43/set) as well. The sophomore ended the weekend ranked among the MVC’s top-10 in hitting percentage, kills/set and digs/set.

Ravotto paced the Beacons in kills in each of the two matches she played in. She opened the weekend with a match-best 15 kills in the win over Delaware State, the third-highest tally of her career, and added 10 digs as well to start the season with a double-double for a fourth consecutive season. In the title match against YSU, Ravotto led all players with 16 kills and hit at a .302 clip. She also tallied seven digs against the Penguins and registered three service aces, two of which came during the crucial service run late in the fourth set.

Seeing her first collegiate action, Hickey stepped right in to the program’s strong tradition of excellence at libero. Hickey led all players with 22 digs in the win over Delaware State and added five assists, and followed by tying for team-high honors with nine digs to go with three assists in the sweep of Idaho. In the tournament decider, Hickey led all players with 28 digs as Valpo took down Youngstown State and added six assists.

Hickey tallied 59 digs over the three matches, averaging 5.36 digs/set — a mark which easily paced all MVC players on opening weekend. She chipped in 14 assists (1.27/set) as well.

For Ravotto, it was her second career All-Tournament Team accolade, while Swistek and Hickey pick up tournament recognition for the first time. Hickey is the first Valpo freshman to earn an All-Tournament Team honor in her first weekend of collegiate competition since Brittany Anderson and Rylee Cookerly did so in 2017 at the Notre Dame Golden Dome Invitational. Notably, Hickey is the fourth straight Valpo libero to come in, start on opening weekend as a true freshman and receive All-Tournament Team accolades, as Cookerly, Morganne Longoria (2013 — UCF Invitational) and Taylor Root (2009 — Florida Campus USA Credit Union Invite) all did so as well.