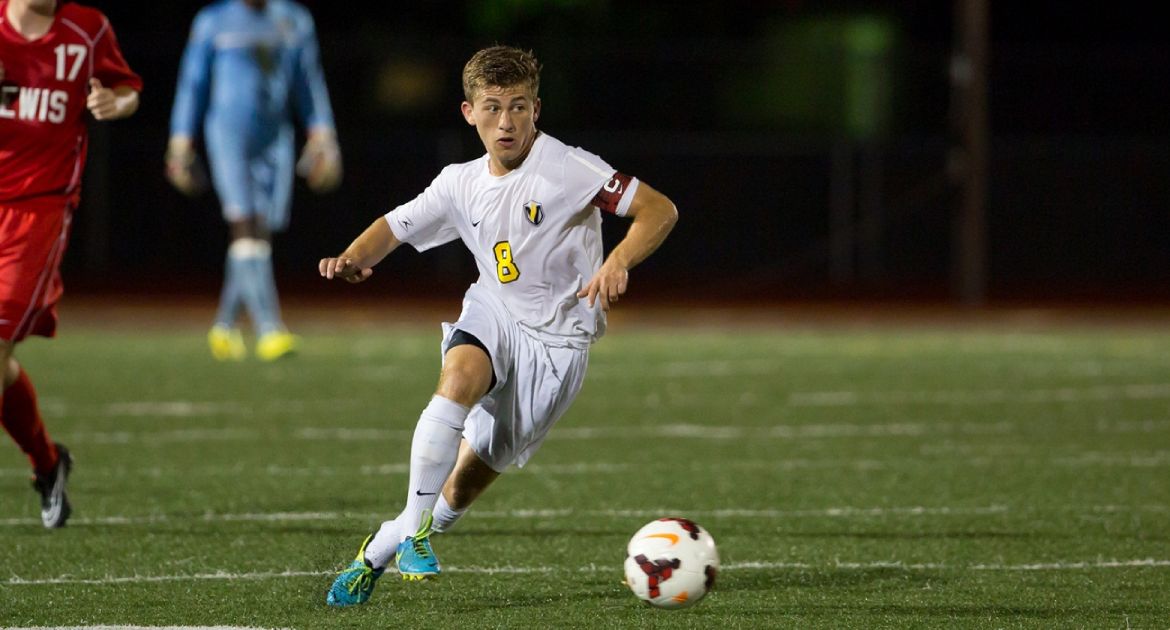 Senior midfielder Zeb Taublieb (Malibu, Calif./Agoura) was named a First-Team All-American by the Jewish Sports Review in their most recent publication. He is the first Crusader to be honored by the organization.

Taublieb was a critical part of the team success in 2014. The captain started all 18 contests while netting three goals and collecting two assists for eight points, ranking second on the team in all three categories. Two of his goals were game-winners, the first coming against Loyola on Sept. 23 in the 94th minute to break a scoreless tie. His other came on Oct. 10, when his blast in the 79th minute against Wright State gave the Crusaders a 3-2 lead en route to a 5-2 victory.

His efforts on the pitch helped propel Valpo to its first ever top-25 ranking in Top Drawer Soccer and Soccer America’s polls, while also receiving votes in the NSCAA national poll and getting as high as fourth in the NSCAA Great Lakes Region poll, also a program best.

This is Taublieb’s third postseason award, as he was named to the NSCAA Scholar All-North/Central Region Second-Team and Second-Team All-Horizon League.