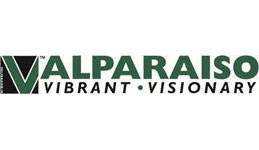 The city of Valparaiso has named Taylor Wegrzyn as Assistant Planner, announced Mayor Jon Costas. “Taylor has demonstrated his valuable skills to the city through three years of internship experience. We’re delighted to have him join us long term,” said Costas.

As Assistant Planner, Taylor will also be responsible for overseeing the ChicaGo Dash and V-Line bus services, advancing the city’s ADA compliance, and working with the Historic Preservation Commission to save historic buildings in Valparaiso.