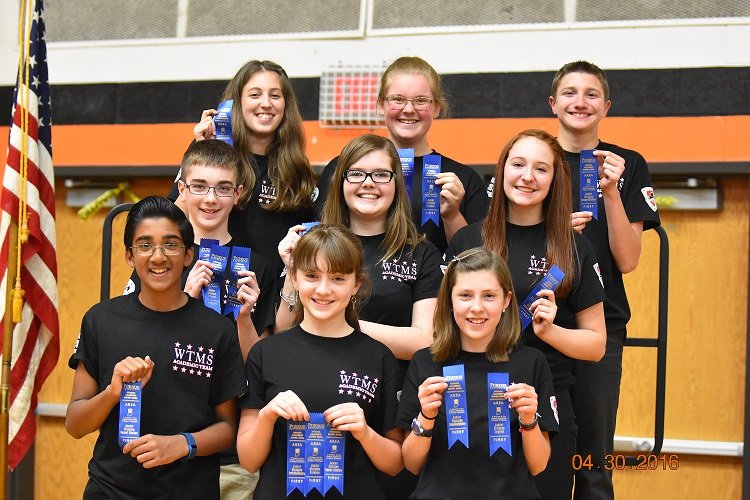 Team Senator's Social Studies Team made up of Jenn Cahillane, Sunjay Raman and Charlie Schmidgall won with a score of 21 out of 25 questions which was the highest Social Studies score with all class combined in the state.

The Mathematics Team of Katey Clark, Katie Evans, and JJ Stewart won with a score of 16 and placed 5th overall in the state competition.

This was Washington Township's 8th consecutive year placing in the Class 4 Top Ten Overall. The theme for this year's contest was "Hoosier Heritage", celebrating Indiana's bicentennial.